No English Menu? No Problem With This Easy Travel Hack

Have you ever sat down to enjoy a nice dinner on vacation, only to find you couldn’t read the menu? While restaurants in tourist hotspots might have an English menu if you are lucky, don’t count on it. And while you could chance it, what if you get something you don’t want? You’ll end up spending money on something you don’t even like, which is not how you should spend your vacation. Luckily, a very easy and simple travel hack will allow you to read any menu. Travelers have been using this trick for years, but many are still unaware of its existence.

Take, for instance, the young woman below who took a vacation to Turkey. During her visit, she went to a restaurant with no English menu, and the staff didn’t speak much English either. This prompted her to download Google Translate to communicate with the staff. Translate has been used by travelers for many years and is an extremely helpful tool to have in a foreign country. However, there is a specific feature that often goes unnoticed, as it did by the woman below. When opening the app, there is a ‘camera’ button that you can press.

After pressing the camera button, travelers can point their phone toward a menu or anything else with text in a foreign language, like street signs, notices, or even nutritional labels at the grocery store.

Within a few seconds, Google Translate will overlay the foreign text with English (or the user’s language of choice). The feature is extremely useful when visiting a foreign country and often goes unnoticed, as it did by the woman in the video.

One thing travelers often run into while in a foreign country is a lack of cell phone data or Wi-Fi. While many tourist areas have free Wi-Fi available in various shops and restaurants, you can’t always count on it. Luckily, Google Translate allows users to download languages to their devices so that they don’t need an internet connection for the translations to work. Downloading a language doesn’t use much space, so feel free to download as many as you think you’ll need. For example, downloading French for offline use only uses 74MB of storage space.

After downloading for offline use, Translate’s functionality is more limited. However, users can still use their camera to translate text in real-time, and they will still be able to type in their native language to translate into another. When offline, Google Translate cannot convert speech, and conversation mode is unavailable.

This feature is convenient when trying to communicate with someone who doesn’t speak your language. However, one of its main drawbacks is that the feature will not work without an internet connection. Travelers who are not connected to Wi-Fi or do not have an international data plan will not be able to take advantage of Conversation Mode. For those lucky enough to have a connection while they travel, this feature allows for a near-seamless conversation between two people who do not speak each other’s language.

Once users have selected the languages they want to translate between; they just need to hit the Conversation button and then the Auto button. After this, both people can speak their native language. Google Translate will automatically detect each language before translating it into the other selected language. The app will listen to both languages the whole time and translate immediately after detection.

Google Translate is an invaluable tool for traveling to a country that doesn’t speak your native language. Downloading languages before heading off is a great way to ensure you aren’t caught unprepared when trying to communicate or read a menu. Along with Google Translate, many other apps will ensure your travel goes smoothly, including Google Maps, TripIt, and more. 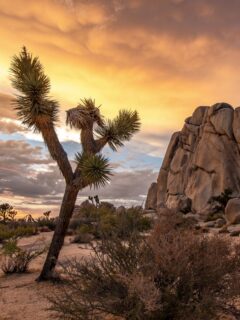 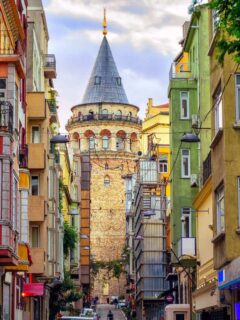 Next
The Top 5 Countries Where You're Most Likely To Get Scammed
Click here to cancel reply.

I wonder what kind of data privacy issues would be involved with this type of software especially from Google.

Or.... you just LEARN the language of the country you're going to? Knowing some basic sentences or just a few words are much appreciated by locals. I get annoyed when I don't understand what people are talking about, how are you supposed to learn about the culture if you can't even communicate with locals?

Well said. Eli do learn to read Thai, Hindi, Laos, Chinese, Japanese, Cambodian scripture before visiting these countries though. Why, because he is much better than you, than me, than everyone. And so is Christian.

@Eli, Knowing some "basic sentences" is not going to let you read an entire food menu especially if it is in a different script like Thai, Hindi, Laos, Chinese, Cambodian etc... Not worth all the hassle to learn every food item unless you are going to be there for a long time. Very unrealistic comment.

@Eli, I couldn’t have said it better.