Norwegian Cruise Lines Will Start Sailing In Alaska This Summer

If you’ve been hoping to go cruising in the U.S. this summer, things are looking up. After a year without U.S. operations due to the Covid-19 pandemic, cruise lines are finally starting to announce their plans to restart operations.

Shortly after Royal Caribbean applied to the CDC for test cruises, Norwegian announced that they plan to restart U.S. operations in Alaska this August, along with other major cruise lines.

Norwegian Cruise Lines says they plan to restart U.S. operations this summer with Alaska cruises from Seattle on the Norwegian Bliss cruise ship. The cruises will begin on Aug. 7 and go through Oct. 16.

“We are thrilled to reach the next milestone in our Great Cruise Comeback with the expected resumption of cruising in the U.S. starting in Alaska, one of our guests’ most popular destinations,” said Frank Del Rio, president and chief executive officer of Norwegian Cruise Line Holdings Ltd.

The cruise industry has faced numerous obstacles to starting up again due to the CDC’s no sail order. Alaska has been pushing to restart cruises in the US, joining a lawsuit against the CDC with Florida.

Another hurdle the company faced in restarting its Alaska cruises is that the ships traditionally stop in Canada because U.S. maritime law doesn’t allow foreign-flagged ships to transport passengers directly between two U.S. ports. However, Canada has banned large cruise ships from its waters through February 2022.

Then last week, Congress approved a waiver on the rule, the Alaska Tourism Restoration Act, which Joe Biden is expected to sign today.

“This law will allow large cruise ships to visit Alaska this year, a critical step toward returning to normal in a state where one in 10 jobs is in the tourism industry,” White House press secretary Jen Psaki said today during a press conference after announcing that Biden would sign the legislation.

Biden’s signing doesn’t guarantee that there will be cruise ships in Alaska this summer. Cruise lines still need to get approval to sail in Alaska from the CDC, which Norwegian said it expects to obtain “in the coming days.”

Will you need to be vaccinated?

The CDC says that cruise ships can only return if they either confirm 95% of passengers and 98% of the crew are vaccinated, or go through a rigorous approval process with no-revenue trial sailings for each ship.

Norwegian is pursuing the former path, which means all staff and guests will need to be fully vaccinated.

This is in line with the plan they previously submitted to the CDC to resume operations in July.

The cruises will operate under the guidelines outlined in the company’s SailSAFE health and safety program.

Norwegian isn’t the only cruise line planning to restart operations in Alaska this summer.

In the past week, Princess Cruises, Holland America Line, Carnival Cruise Line, Royal Caribbean International, and Celebrity Cruises have all announced plans to restart cruise ship operations in Alaska in July and August.

The news is sure to be welcomed by businesses in Alaska, which have been badly hit by the lack of cruising in the state. In a typical year, cruises account for almost 60% of visitors to Alaska.

Del Rio said: “Cruise travel is vital to Alaska’s extensive tourism economy and we collaboratively worked alongside local, state and national authorities to find a path forward to resume cruise operations and provide much needed relief to the families, communities and small businesses who rely on cruise tourism for their livelihoods.

We look forward to re-starting the broad cruise ecosystem which supports thousands of American jobs and welcoming our guests back onboard to create memories of a lifetime.” 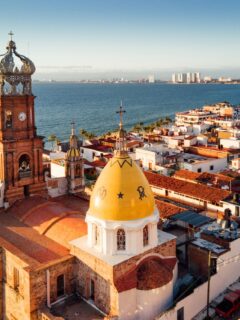 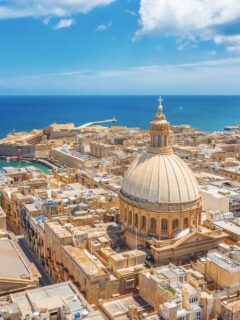