NYC To Remove Vaccine Passport For All Indoor Establishments

New York City Mayor Eric Adams made an announcement over the weekend that the city plans to drop its vaccine mandate for indoor establishments that is currently in place by March 7.

The update would include removing the proof of vaccination requirement to access a number of services like restaurants, bars, museums, gyms and theaters across the city of over 8 million people.

A significant drop in the number of reported Covid cases in New York is cited as the cause for the plans to remove the mandate. The city will go through with lifting the requirements given that the indicators continue to show a “low level of risk”.

During his announcement, Mayor Adams stated that, “New York City’s numbers continue to go down day after day, so, as long as Covid indicators show a low level of risk and we see no surprises this week, on Monday, March 7, we will also lift Key2NYCrequirements.”

“This will give business owners the time to adapt and will allow us to ensure we are making the best public health decisions for the people of New York.”

Mayor Adams also emphasized the need to keep the city’s economy going, and that another lockdown isn’t at all feasible.

“We can’t close down again, and I’m not going to do something at my anticipation to get back that’s going to jeopardize closing down the city again. Our economy can’t handle it. We don’t have another $11 billion to put back in the economy. We must do it the smart way,” the mayor said.

Key To NYC: Information For Travelers

New York City’s Covid vaccination requirement program is also known as the “Key to NYC.” According to its guidance, all persons aged 5 and older must show proof of full vaccination against Covid (one or two doses, depending on the type of vaccine) in order to access public indoor activities. The activities include:

All persons aged 18 and over must show proof of vaccination as well as photo identification to access the indoor venues. The mandate also requires all employees at these establishments to be fully vaccinated.

Once the mandate is officially dropped, then these guidelines will no longer apply.

Mandates In Major Cities Across The Country Being Dropped

In August of last year, NYC became the first major city in the United States to mandate proof of vaccination against Covid to access public indoor venues. The mandate has been fully enforced since September 13, 2021.

Over the past few weeks, other major U.S. cities have announced the lifting of vaccination requirements for indoor venues. The city of Seattle officially removed its proof of vaccination mandate for restaurants, theaters and gyms starting today. Requirements have also been lifted in city’s such as Washington D.C., Newark, Boston and Philadelphia.

Mask Mandate Scheduled To End This Week In Schools Statewide

The news follows New York Governor Kathy Hochul’s plan to lift the statewide mask requirement for schools, which is also scheduled to go into effect this week. The governor briefly extended the mandate in late January, but has reiterated a need to adapt as we enter another phase of living with the virus.

“We are now entering a new phase of the pandemic. Because New Yorkers have stepped up, we can confidently remove the statewide mask requirement in our schools,” Governor Hochul stated.

While Los Angeles County removed its mask requirements in public indoor spaces last week, there is no news yet on the mask mandate for indoor venues throughout NYC. 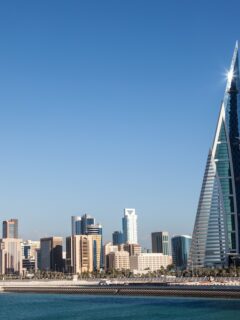 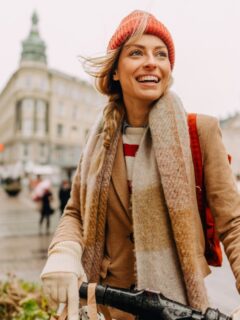