Ordering Without A Menu While Traveling Could Cost You Dearly

Pickpockets, street scams, and tourist traps are all things that people know to watch out for while they travel. However, stopping in for a quick drink and a bite to eat could turn into quite a financial setback if travelers aren’t careful. Recently, a couple on vacation in Greece stopped in a restaurant called DK oyster for a few drinks and some oysters. When they asked for a menu, the waiter verbally listed a few different drink options instead of grabbing a menu. Red flag! Always get ahold of a physical menu before placing an order, or it could cost you, as it did for this unfortunate couple.

In total, they ordered a dozen oysters, two beers, and two cocktails. When they got the bill, the couple realized they had been charged $510! They, like most, assumed there was a mistake with the bill. When they tried to complain, a group of large male servers surrounded them until they agreed to pay. Since they never looked at a menu, they had no recourse. They ultimately ended up paying, with the intention of trying to appeal to their credit card company after their travel was over.

How To Avoid Being Overcharged

No one wants to be on the hook for outrageously priced drinks or food, and there are several tips to avoid this happening to you.

Other Things To Watch Out For During Travel

While it’s easy to spot an outright overcharge for something that should be far less expensive, there are other things travelers should watch out for when going out while they travel. Sometimes it’s as subtle as knowing a local custom, and other times it’s watching out for credit card charges. Here are a few more things for travelers to consider:

When It’s Time To Pay

When the meal is over and it is time for the final bill, inspect it thoroughly. If all is well, you still aren’t out of the woods. Make sure that when it comes time to pay, you stick to the following tips physically:

Be Smart When You Travel

While it can be frustrating to deal with a situation like being overcharged or ripped off, those who practice caution shouldn’t run into too much trouble while they travel. If the worst happens and you do find yourself in a situation like the ones in this article, try not to let it ruin the rest of your vacation and enjoy the time you have left. 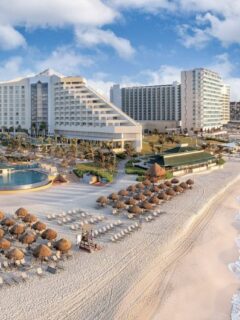 Previous
Cancun Ranked Most Popular Destination For Americans This Fall 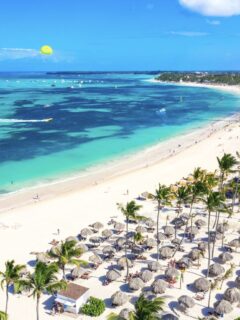 Next
Top-Rated All-Inclusive Resorts In The Dominican Republic For Less Than $200 A Night
Click here to cancel reply.