Qantas Airlines, the main airline of Australia, announced today that they are preparing to start international flights as early as December with countries that have high vaccine rates.

This is a hopeful sign for the rebound of travel in Australia and the South Pacific region, which has been mostly closed since the beginning of the pandemic.

Qantas said it expects to fly to countries with high vaccine rates like Singapore, Japan, the United States, Britain, Fiji, and New Zealand to resume from mid-December.

He added that flights to places with lower vaccination rates like Indonesia, the Philippines, Thailand, and South Africa would restart from April 2022 at the earliest.

It’s a hopeful sign for travel in Australia and the Asia-Pacific region, where international travel is still 95% below pre-Covid levels. However, the Qantas plan is dependent on government decisions and could be delayed.

Since last year, Australia’s borders have been closed to most foreign visitors, and they banned residents from leaving unless they had valid reasons.

Last month, the prime minister announced that the country would open for international travel once vaccination rates reach 80%. The country has since launched a vaccination campaign appealing to Australians longing to travel again.

Joyce acknowledged “the prospect of flying overseas might feel a long way off” and that “some people might say we’re still being too optimistic.”

“But the current pace of the vaccine rollout means all Australian states are on track to reach the 80% target by December – which is the trigger for starting to carefully open to some parts of the world.”

Only 30% of the population are fully vaccinated, though forecasts say the country could reach 80% by the end of the year as more vaccines arrive.

Joyce said Qantas is planning its operations on the assumption that Australia’s two most populous states, New South Wales and Victoria, will lift most of their border restrictions to the rest of the country by Dec. 1.

This is followed by an assumption that international border restrictions will ease as more Australians get vaccinated.

“And, that by Christmas, we will see markets like Singapore, the U.K., Japan and the U.S. … open up as well,” he added.

“We know there’s huge underlying demand. People don’t want another Christmas where they are isolated from their families, let alone internationally, but [also] in Australia.”

Joyce said Qantas had discussed its plans with the federal government, which had agreed its “broad assumptions are reasonable.”

However, vaccination rates aren’t the only barrier to international travel fully resuming in Australia.

“One of the biggest unknowns is the quarantine requirements for fully vaccinated travelers entering Australia,” said Joyce.

“If it’s 14 days in a hotel, demand levels will be very low. A shorter period with additional testing and the option to isolate at home will see a lot more people travel.”

Joyce said more Australians would be willing to travel if they could isolate at home. A quarantine-at-home trial is currently underway in South Australia for interstate travelers.

“The other question we also need to resolve is what vaccinations are going to be acceptable,” he said, referring to international vaccines that aren’t approved for use in Australia.

Transit Point Into Australia May Change

Before the pandemic, the airline was running direct flights between Perth and London, but they are now investigating using Darwin as an alternative transit point after months of flying directly from Europe to the Northern Territory capital for government-organized repatriation flights.

Qantas said Darwin could be used “as an alternative [or in addition] to its existing Perth hub given conservative border policies in Western Australia.” 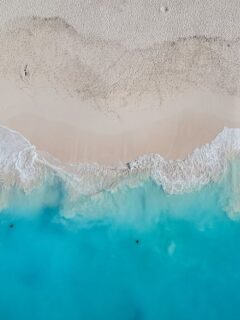 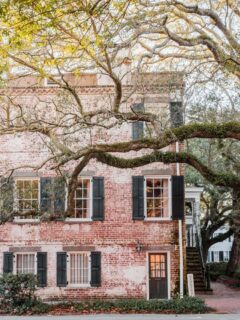 LOLLLL....so Qantas needs money (again) and tries to scheme dumb passengers into buying tickets (again) only for the flights to be cancelled (again). They've tried this trick last year right? Anyone still dumb enougj to fall for it?

Don't believe all Asian Countries about next opening...mostly NZ and Australia terrorized by the virus !

You couldn't pay me any amount of money to go to Australia. Just the risk of getting stuck there would be enough to ruin it.

Don't want to go there anyway. Vaccine should be a free choice. Any country that mandates vaccines as a entry requirement I'm not setting foot in

No way they open. Australia is a prison