Record Amount Of Seaweed Washing Up On Miami Beaches

Tons of sargassum seaweed have been invading the most popular beaches, including top destinations like Cancun and Puerto Rico, and ruining travelers’ vacations— or at least their beach expectations.

These algae have also arrived in South Florida. Miami Beach has been one of the places where the sargassum has covered its white sand and pristine water, annoying tourists with its smell and unpleasant presence.

Only in June, more than 24 tons of this seaweed were collected across the Atlantic coast, a record high compared to the previous year.

NBC News Channel interviewed beachgoers in Miami that weren’t impressed by the sargassum. Tana Suarez had spent some time on the beach this week and tried to swim but said: “It’s all over the place. We tried to go farther but the farther you get the more seaweed you’re gonna get all over.”

Gigi Rodriguez, another frequent visitor said: “I’ve never seen it like this. Never.” Seasonal seaweed has been reaching the coast of Florida for a long time and has been significantly growing since 2011, but it has considerably increased its size and presence this year.

The large amounts of sargassum across the Atlantic have been causing concern among authorities and experts worldwide.

What Travelers Must Know About Seaweed In Miami

The Miami-Dade county recently published guidelines and relevant information about the sargassum seaweed on their official website. These are the most important facts and recommendations for travelers:

Travelers must consider these algae when planning their vacations and understand that the sargassum belt is here to stay. It not only affects the coast of Florida. Other destinations like Cancun, Costa Rica, Puerto Rico, the Dominican Republic, and Barbados have beaches covered by this seaweed as well.

It is an international matter and organizations across the world, including the United Nations, are working on sustainable solutions to contain and reduce seaweed growth. 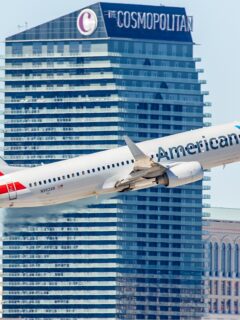 Previous
U.S. Airlines To Cut More Than 30,000 Flights This November 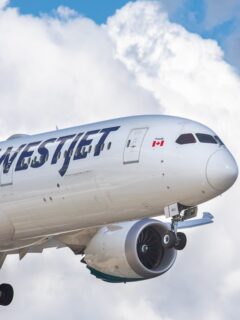