Wonder Of The Seas Inaugural Voyage Set For March 2022

The world’s largest cruise ship has been delivered to Royal Caribbean in the past week. The gargantuan ship is currently in Marseille where it will be receiving some final details before heading across the Atlantic for its maiden cruise.

The new ship, named Wonder of the Seas is the fifth of six Oasis class ships in Royal Caribbeans fleet. The sixth, although currently unnamed, has been ordered, and is expected to make its first voyage in 2024

The 236,000 tonne Wonder was due to be completed and delivered in 2021, but pandemic fueled shipyard closures delayed its unveiling until March 2022. As well as manufacturing delays, Wonder’s home port was changed at the last minute.

Originally, the ship was set to call Shanghai home, becoming the first Oasis class cruise liner to have a homeport in Asia. But promising projections for the industry in America and Europe combined with heavy restrictions in Asia prompted Royal Caribbean to set up base in Fort Lauderdale, Florida.

Whether it may be transferred to Shanghai in the future is unclear, but plans are well underway for its first Caribbean trip in March.

The giant’s intimidating specs are an indicator of how impressive she will look at sea. Coming in at a length of 362 meters, and 66 meters across, she’s longer than three football fields. At full capacity, 6,800 passengers will fill its cabins, of which it has 100 more than the current largest ship, Symphony of the Seas. A further 2,400 bodies will be on board in the form of crew.

One of the most distinctive features of the new model is the addition of an eight neighborhood on board. The neighborhoods are designated areas of the ship, segmented for ease of navigation.

The Suite Neighborhood will be a private area, septically for suite guests. According to Royal Caribbean’s blog;

“The new neighborhood provides a private experience like no other, featuring world-class dining, a new sun deck for unparalleled ocean views, a private lounge and restaurant and much more. Moreover, loved ones can make it the getaway of a lifetime when they book the expansive and beloved Ultimate Family Suite.”

As with other Royal Caribbean ships, it will feature a wide selection of bars, restaurants, entertainment venues, and pools.

Bookings are already open for its first set of cruises. It will be leaving Fort Lauderdale in March 2022 for its Caribbean routes, with a selection of seven day itineraries available.

Following the spring season, it will be replacing Allure of the Seas in Europe, for its Mediterranean run. According to the company, anyone previously booked onto Allure of the Seas will be automatically moved onto Wonder with no other changes to their itinerary.

Wonder of the Seas has successfully finished her sea trials, and is currently in Marseilles, France receiving some final details before its journey across the Atlantic.

The ship was built in Saint-Naizaire, France, at the Chantiers de l’Atlantique shipyard. 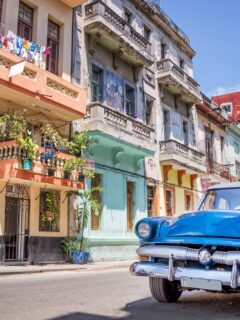 Previous
Cuba Fully Reopening For Tourism With No Testing November 15 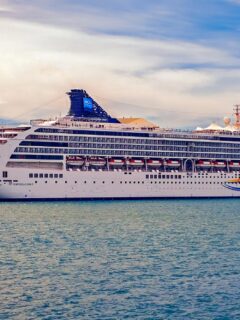