The safest countries for female travelers around the world have been revealed. There are few things in life that are quite as rewarding, liberating and enjoyable as taking your first trip as a solo traveler. A trip taken fully on your own terms, without compromising on your travel plans or feeling guilty about taking a “me” day, can be one of the most memorable you ever take, leading to a renewed sense of purpose and accomplishment.

However, whilst it may be satisfying to step out of your comfort zone on a solo trip, for many female travelers safety remains a significant concern. Far away from home without a companion or support network, that first solo trip can be a daunting experience, leading many travelers to sacrifice their plans out of concern for their safety.

Fortunately, a list has been published that shows what the safest countries for solo female travelers are, allowing them to plan their trips with better peace of mind and fewer worries. Here’s a look at which countries were featured on the list.

The study into the safest countries for solo female travelers was completed by Bounce, the luggage storage app that helps travelers find left luggage solutions all over the world. The company looked at more than 30 popular travel destinations across the globe, analyzing them across different eight factors such as violence towards women, as well as wider gender equality indicators in order to determine the overall safety level for female solo travelers.

The eight different factors used by Bounce were as follows:

According to Bounce, the safest country for solo female travelers is Ireland, with an overall safety score of 7.88. Travelers heading to the Emerald Isle can rest assured that the country has the lowest percentage of women who believe that violence against women can ever be justified – just 1%. Ireland also had one of the lowest percentages of women who had experienced violence from men, a low number of female homicide victims and one of the best global gender gap index scores.

Coming in at second place was Austria, with an overall safety score of 7.70. Austria had a relatively low percentage of females who had experienced violence, whilst 79% of women stated that they felt safe when walking home alone at night. The bronze medal went to Norway; the Scandinavian country, which boasted an overall score of 7.45, had the joint-lowest number of female homicide victims per 100,000, along with the highest percentage of women who felt safe walking home at night (83%) and the second highest global gender gap index score.

The top 10 safest countries for solo female travelers are as follows:

However, the list also highlighted some destinations that are not considered to be safe for female travelers. Coming bottom out of the 34 destinations in the report was Colombia, which performed poorly across each of the eight metrics. Costa Rica and the United States were deemed to be the second and third most unsafe countries for female solo travelers to visit, with Chile and Turkey close behind as the fourth and fifth most unsafe destinations. 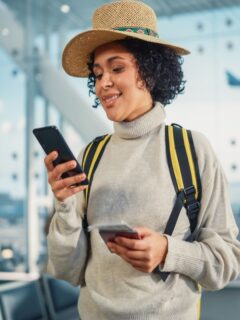 Previous
Will 'Don't Pay Until You Fly' Become The Future of Air Travel? 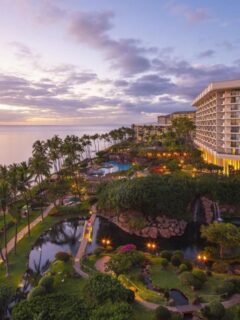