In unprecedented scenes through the whole of 2020, wave after wave of flights were cancelled by airlines, reeling from the effects of the coronavirus pandemic that had been sweeping across the globe. As a result of the cancellation, travelers have been handed billions of dollars-worth of flight credits – with expiration dates that are looming ever closer.

As people continue to struggle as a result of the pandemic, US Senators are calling on airlines to drop restrictions such as a respiration dates, or commit to refunding travelers with cash. Here’s everything you need to know about this story.

Flight Credits – What Travelers Should Know

Travelers were handed a boost in March, when it was revealed that several airlines had committed to extending the validity of flight credits earned during the pandemic. United Airlines allowed travelers until March 31st, 2022, to use their credits, whilst American Airlines also committed to the same expiration date.

Delta also extended the validity of their flight credits until December 31st, 2022, whilst Southwest instead opted for the date of September 7th, 2022. Alaska will also allow travelers to use theirs until the end of next whilst, whereas JetBlue issued 24-month expiration dates to their customers’ credits. However, according to some Senators, this simply isn’t enough.

Democratic Senators Ed Markey and Richard Blumenthal wrote to ten airlines yesterday, calling on them to “commit to providing a cash refund for all tickets that are canceled during the coronavirus pandemic,” citing many Americans’ need for cash due to the effects of the pandemic as their reason why such a move should be taken.

The airlines that were handed the letter are Alaska Airlines, Allegiant Air, American Airlines, Delta Air Lines, Frontier Airlines, Hawaiian Airlines, JetBlue Airways, Southwest Airlines, Spirit Airlines and United Airlines. In the letter, the Senators call on the airlines to drop expiration dates altogether as the bare minimum, claiming that the complex policies mean that travelers “are now at risk of losing the billions of dollars they were effectively forced to loan to the airline industry interest-free.”

Whilst Congress handed more than $50 billion to airlines over the past year, customers lodged more than 107,000 complaints to the Department of Transport – with a staggering 89% of these complaints addressing the subject of refunds.

Despite the CDC claiming that vaccinated travelers are safe to travel both domestically and internationally, the reality of the situation is that not everyone is vaccinated, nor do they feel safe to travel at present. As a result, many travelers may be pressured into traveling when they don’t want to, rather than watch their credits go to waste. This point was raised by the Senators in their letter to the airlines.

Despite the work of the two Senators, several airlines maintain that they have already handed our billions of dollars-worth of cash refunds to their customers already. Delta Airlines have reportedly issued cash refunds to 6.7 million customers, costing the airline more than $3 billion. Southwest also claims to have issued customers with cash refunds to the tune of $934 million since March 2020. Should one airline respond to the letter in kind and change their policy, we may well see more airlines offering cash refunds in the near future.

Top 7 Things To Do In Yosemite National Park 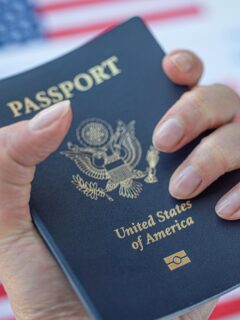 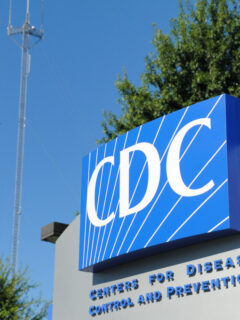 Next
At Home Covid Tests Now Accepted For Entry Into The U.S.
Click here to cancel reply.

Working people shouldn’t expect any Republican Senator to help, that’s for sure.