While Southwest Resumes Liquor Service, American Airlines Is The Only Major Airline Holding Out On Return To Booze

Southwest announced that they will be resuming the sale of alcohol in-flight, leaving American Airlines as the sole airline not shifting back to its pre-pandemic stance. The move will be pleasing for many customers, but airline unions are unhappy with the development.

Most airlines paused the sale of alcohol when the pandemic took hold of the industry. Originally intended as a measure to minimize contact between staff and passengers, as well as the time passengers could spend without a mask on. Many airlines continued to enforce the ban on domestic flights to help with some escalating situations on board.

But the majority of the airlines have pulled back on the initial rules over the past year as passenger demand grew along with travel’s continued revival.
Those in first-class and some other higher levels have been able to enjoy alcohol onboard regardless of the bans in coach, but the new development means that everyone will have full access to a widened range of beverages.

Southwest has a new CEO who has already ruffled some feathers among customers by suggesting that Southwest’s typical no assigned seating policy could change in the near future. The free-seat choice has always been a favorite among Southwest customers, and several voiced their disapproval at the possible new policies.

The alcohol-sale resumption has also met the ire of airline staff unions. Many flight attendants and other staff have been pushing for alcohol sales to remain off the cards for at least the near future.

Since the beginning of the pandemic, there has been a dramatic spike in passenger incidents. Thousands more situations were recorded than normal in 2021, with a large portion of them centered around new rules regarding COVID-19. Mask use continues to be one of the biggest points of contention. Many more serious incidents have seen airline staff physically attacked and racially abused.

Many of them believe that access to alcohol is allowing an already tense atmosphere to escalate much further than is necessary and that the resumption of sales is putting them in more danger.

Thousands of dollars in fines are threatened to those who break the rules, but staff are still not completely comfortable with the new developments.

Elsewhere, Delta CEO has written to the Department of Justice in the hopes of gaining support for airlines in the form of a nationalized no-fly list. Each airline has its own list based on situations that have previously occurred, but Delta has suggested more needs to be done.

If the airline was to succeed, blacklisted passengers across all airlines would be visible, allowing each airline to allow or prevent certain passengers from boarding or even booking flights on their airline.
Delta has already resumed alcohol sales, but their decision to seek the national no-fly list was met with support from the same unions that opposed the resumption of alcohol.

The Department of Justice has yet to make any public announcement regarding the letter. It is unclear whether it would violate some form of a confidentiality agreement.

Whether serving alcohol on board will make a huge difference is unclear. Many of the problem-causing passengers who have been intoxicated on flights had already consumed alcohol in the airport. Some even brought to-go cups from the restaurants in the departures lounges, prompting some airports to ban the cups. A nationwide ban on them was also requested to no avail.

With some suggestions that masks could be seen on flights for a while to come, airline staff may still have a reason for concern. Especially if the rest of the travel experience begins to relax its regulations. 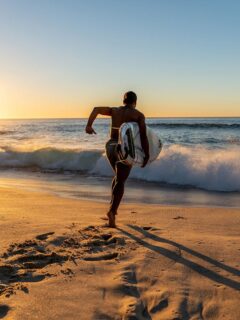 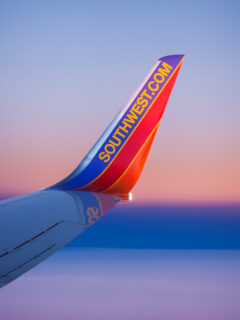 The masking needs to end, then the problems will end, give the people thier freedoms and human rights back.