It’s believed that around 20 million Americans suffer from a degree of nervousness towards flying, from slight anxiety to full-blown phobia. Confidence in airlines and in the craft itself is key to having an enjoyable, worry-free flight and, despite any worries they may have, the vast majority of Americans are itching to return to the skies.

Yet whilst many airlines moved away from the Boeing 737 Max jets after a series of accidents, Southwest has done the opposite and ordered 100 more for their fleet. Here’s a look at why the craft is controversial, the details of the order and where other airlines stand on the airplane.

Boeing’s 737 Max was released as an improvement on the company’s popular 737 craft, with better engines, more seats and more efficient use of fuel. Carefully designed to stay within the specifications of the original 737 aircraft so that pilots wouldn’t need much additional training, the plane flew off the shelves, and deliveries were made to airlines in 2017.

However, by spring 2019, the aircraft was involved in two crashes – Lion Air flight 610 and Ethiopian Airlines flight 30 – killing 346 people and seeing 387 of the aircraft grounded as a result. The crashes were caused by a fault in the aircraft’s Maneuvering Characteristics Augmentation System (MCAS), a system that helped pitch the aircraft down when a sensor determined it was being pitched up too much.

The problem was eventually fixed, with additional precautions added to alert pilots to any problems, and Boeing paid a sum of $2.5 billion to settle criminal charges from the US Justice Department. After this fix, and following lengthy investigations in the months after the crash, the FAA, Boeing and its pilots have deemed the aircraft safe to fly once more.

Following an evaluation of its fleet, Southwest has shown its confidence in the 737 Max aircraft, and has placed an order for 100 planes and 155 options across two models. The order cements Southwest’s status as the world’s largest operator of an all-Boeing fleet, and comes as the airline announced several new summer routes. The order represents a significant outlay at a time when many airlines have been struggling to get by, with countless flight cancellations and ticket credits issued.

Boeing’s existing 737 Max aircraft returned to the skies at the start of the month. In a letter to customers, Southwest’s CEO Gary Kelly addressed potential concerns about the safety of the aircraft. He said:

“Simply put, we would not be returning the MAX to service if I did not believe, beyond any and all doubt, that the aircraft is ready to carry our most precious cargo—you! I would not hesitate for a second to put my wife, daughters and sons-in-law, and granddaughters onboard the plane.”

Are Other Airlines Using The 737 Max?

The aircraft was cleared for use in the US by the FAA in November 2020, whilst equivalent authorities in Canada, the UK and Europe also allowed it to be able to return to the skies once more.

American Airlines was the first US carrier to return the craft to service, whilst Brazilian airline Gol was the first to do so internationally in December. Canada’s WestJet and Air Canada began to use the aircraft at the start of the year, whilst several European airlines have begun to carry passengers on the craft in the past few months, alongside Alaska. Norwegian though has no plans at present to restart travel with the airplane, and China’s aviation administration is yet to clear the plane to return to service. 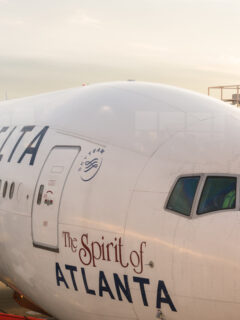 In a Dec.28, 2019, Globe and Mail investigative report, it was revealed that Transport Canada had essentially been certifying Boeing aircraft flown by Canada’s airlines based on the findings of the U.S. Federal Aviation Administration. Meanwhile, the FAA was basically acting as a rubber stamp for the giant Boeing corporation’s planes, including its flawed 737 Max product (and who knows what other potential disasters before it?).

It is most concerning, regardless of Transport Canada's claim that the plane is again safe to fly in Canada.

A common refrain prevails among Western capitalist nation governments and corporate circles — that best business practices, including what's best for the consumers, are best decided by business decision makers. Other than what's best for bottom-line corporate profit margins, this was proven false by, as a more consequential example, Boeing’s decision to keep its ill-fated 737 Max planes flying, regardless of major indicators, including employee warnings, they should be grounded and serious software glitches corrected.

I fear that when it comes to the biggest of business and their lobbyists’ frightening influence over important government-body safety decisions, deadly reckless business decisions will be repeated, even ones enabling preventable jetliner crashes.