It’s official, Spain has dropped all entry requirements for visitors from all countries, including non-EU countries like the United States. With this announcement, Spain has ushered in a new era of a completely reopened Europe. Before this recent development, Spain was the last country in Europe where unvaccinated Americans still needed to provide proof of recovery or a negative Covid test result to enter. Now, Americans, Canadians, UK citizens, and all other travelers coming to Spain from outside the EU will be able to enter the country without restriction starting October 21st, 2022.

Since the pandemic began, Spain has enforced harsher rules for those traveling from outside the EU. However, starting October 21st, visitors to Spain will no longer need proof of vaccination, a negative test, or proof of recovery from Covid-19. Nearly one month ago, Spain ended its travel health form requirement. As a result, many wondered if all remaining entry requirements would soon follow. In this case, it seems the speculation was correct, as visitors can now enter Spain without worrying about ensuring they’ve met requirements.

For now, masks are still required on public transport, including buses and trains. Additionally, visitors may be required to mask up on the plane when flying into Spain. While some airlines may not enforce this as strictly as others, anyone interested in visiting Spain should have a mask or two handy before heading to the airport. Even if you find that you don’t need it on the flight over, it will be helpful to have it in case you want to use any public transport options while visiting.

Speaking of public transport, travelers who like to take the train on holiday are in luck! Spain just announced that it would be extending its free train ticket scheme will be extended until the end of 2023. The scheme applies to all nationalities and can be used by international travelers during their time in Spain. As long as travelers stick to Renfe-operated commuter train routes under 186 miles, they can ride for free.

Now that Spain has joined the rest of Europe and is entirely free of travel restrictions, travelers’ interest will undoubtedly rise. Tourism is big business in Spain. The country welcomed over 125 million travelers in 2019 before the pandemic turned the world upside down. Now that entry requirements are being dropped, tourism can once again flourish. Even before today’s announcement, Spain was already approaching 2019 levels of income from tourism. With this final hurdle now a thing of the past, the country will likely see a fresh influx of travel-hungry visitors. Travelers interested in visiting should make plans as soon as possible, as new demand will undoubtedly drive up prices.

Most travelers interested in visiting Spain do so by air, and there are plenty of direct flights from the U.S. and a few from Canada to choose from. Additionally, while there are many places to see in Spain, Barcelona and Madrid are two Spanish cities that nearly everyone dreams of visiting at some point in their lives. To help with planning, here are a few major cities that fly to each sought-after destination.

Winter is a great time to visit Spain. Travelers will enjoy seeing world-famous landmarks, architecture, and museums without the massive crowds that summer brings. And now that the country is totally restriction-free, visiting is easier than ever! 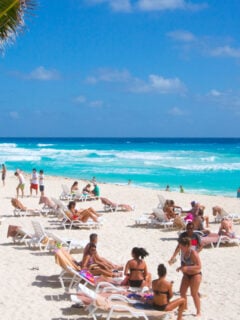 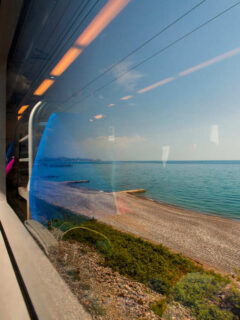 This still holds true correct? I will probably be booking my flight to Spain this weekend. i wanted to go to somewhere in East Europe first but all the cheap flights stop in spain first. I was thinking of staying there for two weeks. I might as well. Can anyone confirm or deny that all restrictions are dropped?!

yes they are dropped. I flew in a few weeks ago and I'm flying in again in a week

Great. And when will the US let unvaccinated people enter?

well the last major holdouts w/ strict vax are the USA (for non-americans), Indonesia, Philippines, and China. And dang it, I still can't enter Ukraine. :)

Planning a trip to Japan, Malaysia, Indonesia, Taiwan, and Australia late next year. Indonesia is the only show stopper...have to think they will drop/relax in the next few months. Let's see....