Years in the making, it seems like Mexico’s Maya Train is finally setting off on an inaugural journey next year, with a final launch date announced by the country’s highest authority. The scenic train will run on a loop around the Yucatan Peninsula, connecting the tourist cities of Cancun, Playa Del Carmen, Tulum, and numerous other lesser-known destinations.

In spite of being a promising endeavor, the scenic train route has been marred by controversy from the very start, being subject to court-induced delays and environmental action. Since it was first announced, it has been re-routed a number of times and faced the ire of hotel owners, who were concerned the tracks would run along the beach side.

At last, these setbacks are being resolved as the President of Mexico finally steps in and advocates strongly for the tourism initiative.

Earlier this week, as he inspected the progress on the construction of the rail line, Mr. Andrés Manuel López Obrador confirmed the train is a priority of his Government and vowed to inaugurate it next year. While this has already been reported previously, we only had a vague idea as to when the project would be completed, with ‘late 2023’ being suggested repeatedly.

Now, we have a more precise deadline. In the words of Obrador himself, “the most important railway work in the world today” will be delivered in December 2023, with up to 1550 kilometers of tracks laid before the year’s up: “as the engineer and General Vallejo would say, there are no orders to the contrary,” he published on Twitter.

This is the most assertive we have seen Obrador in months, especially after they were dealt a heavy blow earlier this year, with a court suspending construction on a vital section of the train route due to potential environmental damages and a threat to archaeological sites. This was perceived as a victory for environmentalist groups, some of the project’s most staunch critics.

Since then, that decision has been reversed, and progression was allowed, renewing hopes Mexico’s most exciting tourist offer of the decade to come would be getting off the drawing board after all. Once it is up and running, the train will both enhance connectivity between the Mayan Riviera’s most popular tourist destinations and open new routes into lesser-known towns.

From Cancun, tourists will be able to reach a number of Mayan attractions in under two or three hours by train, such as the sacred cenotes and historic sites close to Nuevo Xcan, the ruins of Tulum, the colonial-era settlements of Izamal and Bacalar and many more. With the Maya Train, Mexico rises as a regional leader in Latin America when it comes to rail travel, a global trend moving forward.

On October 17, the President was joined by the governor of Yucatan and the Secretaries of Environment and Natural Resources, and the National Defense, alongside several other Mexican officials involved, and they jointly reaffirmed their endorsement of the train and commitment to opening the tracks fifteen months from now.

More rapidly than ever, the country is modernizing itself, actively fighting crime, and transitioning from a cheap, overtouristed beach destination to one of the world’s top luxury and most developed destinations. On the railway front, the Tren Maya is only one of eleven planned scenic trains. Once it is delivered, tourists can expect:

The cost of the Mayan Train is an estimated $15 billion, making this one of the largest infrastructure projects taking place in Mexico right now. Besides improving access to key tourist sites, it will establish much-needed shortcuts between the states of Quintana Roo, Campeche, Chiapas, Tabasco, and Yucatan, where travel is mostly conducted by buses.

We will surely keep you updated on any developments related to the train, and of course, we will be among the first in line to travel on it. For more Cancun and Riviera Maya updates, including news affecting tourists and Tren Maya itinerary tips, make sure you follow our partner website, the Cancun Sun. 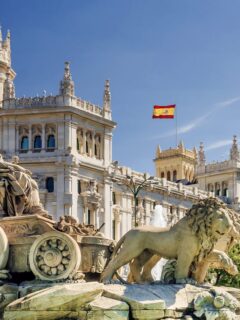 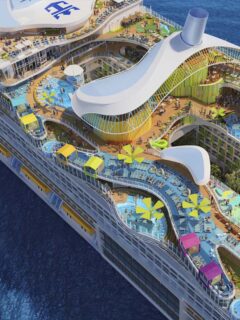 I really hope they have considered the objections from the locals to the vast amount of predicted damage to the cenotes from the vibrations.. thousands of years destroyed for tourism

@Maricarmen Buelow, So you’re basically saying that because one might be doing more damage than the other that doing any damage AT ALL is okay? Entiendo. 😒

@Joanna Davies, you should also look at the devastation done by an USA company in the area, that only benefits the American private sector and nobody said anything about that, you need to do your research and see who is doing more damage to the area without helping the community.