The Mexican Government has confirmed this week its ambitious Mayan Train project will be going ahead as planned, with a final launch date set for 2023. Despite some major setbacks recently, including the temporary suspension of construction in key sections, Cancun will soon be connected by rail to numerous other hotspots in the Yucatan Peninsula.

Marred by controversy since it was first presented, the scenic train risked never leaving the drawing board. From triggering the ire of hoteliers, who strongly opposed the installation of train tracks close to their beach front, to being delayed a number of times following strict environmental reviews, it seemed unlikely it would open anytime soon… Until now.

Starting next year, tourists will be able to travel the Riviera Maya extensively, including inland sites that were once largely inaccessible:

A Quick Recap: What Is The Mayan Train?

The Mayan Train, or Tren Maya in Spanish, is a 948 mile long intercity train that has been in the works for a number of years. It is Mexico’s boldest attempt yet to ease travel across its sparsely populated Yucatan Peninsula, which comprises three of Mexico’s most popular states: the eponymous Yucatan, Quintana Roo and Campeche.

While highways in Mexico offer access to a number of cities and destinations off the beaten path, the country has never invested heavily in railway infrastructure, like its North American counterparts, until recently. Although its main goal is boosting tourism in less-visited areas, the Tren Maya will also massively improve connectivity for locals.

Beginning in Palenque, in the non-Yucatan state of Chiapas, it will travel northeast-bound towards Cancun, encircling the whole historical peninsula. On its East Coast route, the train will call at Chetumal, Tulum, Playa del Carmen and Puerto Morelos, offering easy access to all the main tourist destinations in Mexico’s Riviera Maya.

On the Peninsula’s North and West Coast, visitors will be able to travel by rail to Nuevo Xcan, Valladolid, the famous pre-Columbian city of Chichen Itza, Izamal, the historical Merida, home to Mexico’s oldest cathedral, and San Francisco de Campeche. In the Southern line, destinations include Boca del Cerro, El Triunfo, Escarcega, Xpujil and Bacalar.

What Has The President Actually Said?

Regardless of the battle being fought in court against environmentalists, who are urging the Government not to move forward with the so-called fifth section of the train, citing irreversible damage to archaeological sites, Mexico’s President Andres Manuel Lopez Orador has at last confirmed the Mayan Train will leave its Cancun terminal ‘by 2023’.

During a press conference, Obrador reaffirmed that launching the train is ‘an affair of the State’, and ensured it be fully operational next year, though he didn’t specify a date. Besides reiterating his full commitment to the project, the President hit back at protesters, effectively accusing them of pursuing their own agenda and calling them ‘corrupt’.

What Is The Status Of The Mayan Train?

Even though Obrador’s statements are reassuring, and he seems adamant the remaining tracks will be laid in time for a launch next year, a settlement to the ongoing legal dispute is yet to be reached. Earlier this year, a Yucatan judge ruled that no more tracks should be laid on the fifth section until further environmental evaluations are carried out.

This stretch is perhaps one of the most important on the rail map, as it connects Tulum, famous for its Mayan ruins, to the paradise beaches of Playa del Carmen, running for roughly 37 miles. Additionally, until the section is completed, Cancun is virtually cut off from the Southern Riviera Maya, as all trains bound for Chetumal will call at Tulum.

One of the authorities behind the venture, Fonatur, Mexico’s National Fund for the Promotion of Tourism, released a new report asserting that progress has in fact been made in laying tracks. Namely, 4 of the 7 sections have had advancements, but due to pending environmental and archaeological reviews, the Tulum-Playa del Carmen stretch is not among them.

On July 3, during his tour of the construction sites, Obrador visited the Merida-Cancun route, or section number four, starting in Izamal and terminating at Cancun International Airport. This route runs for 159 miles and, as claimed by Obrador, is 50% complete. Interestingly, this is the first time the President has ever offered an update as precise as this.

As air travel descends into chaos, following reports of staffing constraints at airports, more and more travelers are turning to alternative transportation as a means to avoid being affected by the increasingly common flight delays. Train travel is one such alternative, with ridership in parts of America now up 25% compared to last year’s figures.

After two years of being placed on hold, Amtrak’s cross-border service to Canada relaunched last month, bringing back international train travel between the United States and its Northern neighbor. Over in Europe, Germany launched a seasonal train pass, allowing passengers to travel to various destinations within the country for only 9 euros.

The irresistible offer, in place during summer, is the German Government’s bid to ease air traffic congestion and promote sustainable travel. Once a thing of the past, sleeper trains are making a comeback of their own as well, as slow/solo travel trends peak. You get our point: while airlines do not get their act together, it seems no one is in a rush to fly anywhere.

It should come as no surprise, then, that Mexico is keen on investing on its own rail infrastructure. More Tren Maya updates can be found on the Mexican Government’s website and at our partners’ The Cancun Sun, another Off Path Enterprises production specialized in Cancun/ Riviera Maya news. 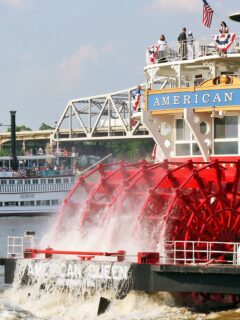 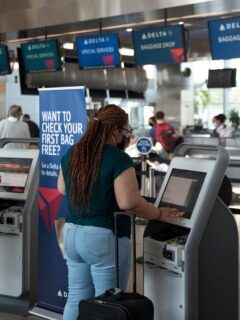 Next
These 4 Airlines Are Your Best Bet For Avoiding Flight Delays
Click here to cancel reply.

Trains are very expensive and have no benefit compared to highway traffic.

Railways can only be used by trains, once the train passes you, railway is empty for a long time until next train comes. No truck, bus or a car can drive on that empty railway.

Better build roads and have more buses for transport. Buses with sleeping beds etc. Trucks can act like road trains with multiple trailers. And these roads can be used by ALL vehicles.

@No clot shot thanks, the vast majority of people that are being connected by ALL of these places do not have the means to purchase a vehicle. Additionally, this will provide more tourist attraction and expand the reach of where they can go without the various travel fears.

Trains have a ton of benefit. The pollution per individual travel mile is far far less than vehicles and will move more people, more efficiently.

Not only that, this will alleviate some of the travel on our highways.. Less mileage = less maintenance or possibly more efficient travel via road. AKA Win-Win

Literally every argument you have made holds NO logic.