Not even the gloomy travel advisories issued by the United States authorities have been able to slow down what’s been an incredible recovery journey for Mexico’s tourism sector. In spite of reports of violence and gang activity across major tourist destinations like Cancun, Americans keep flocking into the country in record numbers.

And it’s time we understood why this keeps happening.

For years on end, Mexico has incessantly battled organized crime, particularly in states like Colima and Guerrero, where clashes between the police force and gangs have been known to occur. These drug cartels have long been a concern of the Mexican Government, and the never-ending war on drugs played into the stereotype that Mexico was ‘unsafe’ to travel to.

Past tense. That may be no longer, as more Americans come to realize things are not nearly as bad as the media usually portrays it:

How Unsafe Is Mexico In Reality?

Throughout this year, we have been extensively covering U.S. travel advisories for Mexico and what they mean for tourists. Whether it’s your usual Riviera Maya hubs, such as the aforementioned Cancun and Tulum, or off-path locations like San Miguel de Allende, we have kept track of all safety concerns and developments on the tourism front.

If you have been following our Mexico coverage closely, you might have picked up on a noteworthy trend lately: no matter how many discouraging travel warnings the U.S. Department of State issues – and trust us, there have been quite a few – a majority of Americans are not at all fazed. In fact, they are expected to head to the Mexican Caribbean en masse this winter.

As far back as 2019, we have worked tirelessly to deconstruct the idea that Mexico is unsafe and that, perhaps, crime levels are comparable to those of the United States. Yes, there can be the occasional shooting, and absolutely, gang activity is a recurring problem, but then again, this is the case in any large metropolitan area.

It is surely not exclusive to Mexico City or Cancun: one could argue a quick glance at Chicago’s latest gun violence figures should be enough for foreign entities to class the Illinois city a no-go zone. Why, then, is Mexico the only one getting all the bad press and scrutiny, especially when incidents take place randomly and affect a negligible number of tourists?

Kidnapping Alert Based On A Single Kidnapping Case

For example, the U.S. Department of State has added ‘kidnapping’ risks to their Quintana Roo advisory, when the state has only reported a single kidnapping case since the year started. While no such occurrence should be taken lightly, and we do acknowledge tourists can sporadically be a target, this is hardly common enough to warrant an official warning.

Previously, anti-kidnapping organization Alto al Secuestro wrongfully claimed Cancun’s was 0.302 per 100,000 inhabitants – again, wrongfully, so even those figures had been exacerbated. To draw a comparison with a fellow sunny destination, the Miami-Dane county kidnapping rate is 0.36 per 1,000 residents during a standard year.

The only difference between Miami and Cancun? One of them sits on the southern side of the border.

Being aware of this issue, the Mexican Government went as far as asking the U.S. to stop featuring tourist spots in travel advisories without a strict set of criteria, though with each passing month, the States authorities’ relevance as a source of information for U.S. citizens going abroad wanes critically. The proof is in the numbers:

As the Secretary of Tourism Miguel Torruco confirms, the travel alerts ‘have not affected the arrival of foreigners at the moment‘. During a promotional trip to Canada, where he presented Mexico’s brand new tourist offer, the ‘magical’ colonial towns, and the upcoming Tren Maya, Mr. Torruco spoke candidly about his expectations for the sector moving forward.

Mexico Tourism Is Booming In Spite Of Gloomy Advisories

He expressly stated Mexican tourism is in ‘full recovery’, and that by year’s end, it should welcome 42.3 million visitors, only 6% fewer than the record year of 2019. ‘For now, the issue of travel alerts from the United States so far is not affecting tourism in Mexico, which is why international tourism continues to increase‘, Mr. Torruco added.

From January to August 2022, 13,757,000 million tourists landed in Mexico, 64.7% more than the same period in the previous calendar year. Out of those, the United States continues to be Mexico’s most important market by a large margin: out of nearly 14 million arrivals, 8,925,000 of those were Americans (Canadians and Colombians round up the top three).

Referring to security specifically, which continues to be a prime concern for visitors, largely due to the constant influx of negative news concerning Mexico, Torruco declares these have been ‘throwing up’ a series of problems that have already been ‘overcome’. From our understanding of this statement, the Secretary may be referring to the unjust classification of Mexico as unsafe.

‘The National Guard was created’, continued Mr. Torruco, ‘with special training, with more sophisticated equipment, and we are already beginning to see a downward trend in many of the crimes.‘ Indeed, security has been tightened across all major tourist locations, and of course Cancun, where the sight of beach patrols has become more common.

Travel Off Path has published an entire article detailing five ways in which Mexico has improved the tourist experience for Americans visiting, and that includes deploying more police to keep cities risk-free and tackling taxi scams. Tourists really needn’t worry: Mexico is on top of things, or as the Secretary puts it himself, they are ‘on the right track’.

The U.S. Department of State is a respected branch of the American Government, and one of its aims is to inform American citizens about the risks of traveling to certain places to the best of their abilities. This does not mean their methodology regarding risk assessment is always up to date or that it always accurately reflects the situation on the ground.

After all, they did include ‘kidnapping’ as a specific risk for those traveling to the Quintana Roo state, where Cancun is located, when only one case has been documented so far in 2022. When in doubt, remember most visits to Mexico are trouble-free and that Mexico itself currently has a zero-tolerance approach to crime.

They are America’s favorite travel destination, after all, and it’s surely in their best interest to keep it that way. 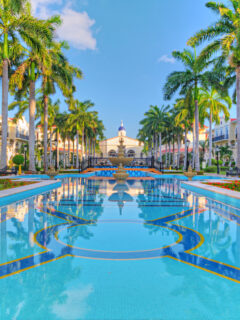 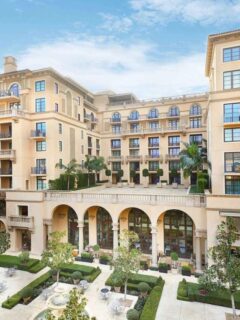 Mexico is dangerous!!! Don't go?!! Yeah right, keep watching your television and trust your government. Isn't ironic that the U.S. is the most dangerous country in the world now with imminent nuclear war with Russia, China, Iran, North Korea, etc. I do not feel safe in San Diego, Los Angeles, San Francisco, New York City and surrounding cities in New Jersey, anywhere in Chicago, Memphis, Tennessee, Salt Lake City, Las Vegas, Nevada.... There is reason why Americans flock to Mexico. It is a safe haven for not getting forced jabbed by their government and their senile Pres. Brandon. Period.

VIVA MEXICO! been going every year since 2012, including Acapulco (which the US government keeps claiming the most dangerous city)

There are many US cities I will NOT go to! including SF and NYC