It seems like Mexico has a new star in the making, as an unknown city that had never before been widely promoted as a destination takes center stage as part of the country’s tourism offer. It does not have a shoreline and thus no pristine beaches like those found in the Caribbean, nor the Yucatan Peninsula’s Mayan monuments, but it is rapidly becoming one of the most popular destinations south of the border.

Ever since the world’s borders reopened for tourism and normal tourism resumed, Mexico has claimed for itself the coveted title of King of Tourism, and it’s not hard to see why. Being a country rich in nature and home to numerous iconic landmarks, it is a natural leader in vacation bookings, especially when it comes to sunny getaways.

Shockingly though, most visitors to Mexico still fail to grasp how actually diverse and multicultural it truly is – or did, up until this year:

The Secret Is Out: Mexico Is So Much More Than A Sunny Beach Break

To reduce Mexico to its resort zones and the occasional mystical ancient pyramid is a crude mistake. Yes, these attractions contribute hugely to making the country great, and we definitely cannot underestimate the power of Cancun as a winter hotspot, but at the same time, a majority of Mexico, and arguably where its untarnished beauty is found, has been concealed from the public eye for years.

Luckily, things are changing, and tourists, including American vacationers, have started to venture more inland in search of ‘more Mexico’, as opposed to being isolated in one of the Riviera Maya’s colossal tourist complexes year after year. This trend translates into actual numbers: a growing number of travelers are seeking more unique experiences when visiting Mexico.

At the forefront of Mexico’s Tourism Renaissance are its colonial towns, many of which are protected by UNESCO as World Heritage Sites. One of those, the unsung Guanajuato, has been smashing arrival figures, not only because it has its own international airport, allowing for easier access, but due to the fact that it’s simply stunning.

Although many are not aware of this, Mexico is where some of the oldest European settlements in the Americas are located. Guanajuato is a prime example of that, with narrow, winding streets lined with ocher-colored houses emulating those found in Spain, and Neo-Gothic churches piercing the skyline.

What Makes Guanajuato So Damn Special?

Both in 2021 and 2022, it was named the Best City in the World according to Travel + Leisure, while Mexico itself deemed it the country’s most beautiful this year. Guanajuato is indeed a sight to behold, not to mention bucket list material, but those who might have wished to keep this gem all to themselves a while longer may be disappointed to learn the secret is out.

According to Juan Jose Alvarez Brunel, Secretary of Tourism of Guanajuato, by the end of 2022, the city is expected to recover roughly 70 percent of its tourists, a much higher rate than entire countries – we see you Australia and Canada – and a surprising figure for a non-coastal city that, for the most part, hasn’t been a priority for Mexican Tourism.

The data has been provided by different service providers, including those in the private sector, academics, and even the World Tourism Organization. As Brunel puts it, should Guanajuato keep up the pace, by late 2023, it should be back to where it was in 2019 and even ‘begin to grow again’. Doesn’t sound too impressive?

Well, that is perhaps because the vast majority of Americans visiting Mexico flock to Cancun, and Cancun only. Of course, when it comes purely to arrivals and gross revenue, there is no beating the Caribbean jewel, but we must understand that, due to being so popular, there is over-representation when it comes to tourism trends and the Riviera Maya.

In A World Where Giants Like Cancun Exist, Guanajuato’s Recovery Rate Is Nothing Short Of Stellar

A large sum of Mexico’s hard-earned tourist dollars are spent in Cancun, Tulum, and other neighboring municipalities, and naturally, those will bounce back much faster, or even entirely eclipse, other minor destinations in the country. The fact that Guanajuato is repositioning itself as a much stronger competitor this year and still getting its share when so much of Mexican travel revolves around the Caribbean cities is nothing short of stellar.

This success story is largely attributed to the regional tourism authorities, who boldly envisioned Guanajuato as Mexico’s cultural, enotourism, and gastronomy capital. Regarding the latter, they surely have enough reasons to brag, seeing that UNESCO itself granted Guanajuato’s food scene an ‘Intangible Gastronomy World Heritage’ status in 2020.

Currently, the motto is the following:

Guanajuato is where visitors can live great stories

You may be wondering why, considering Guanajuato may not have been a priority on your planned itinerary for Mexico until you came across this article. Allow us to explain why according to the Secretary’s own assertions:

*21 of those vineyards welcome tourists/guided tours

Other Perks Of Making Guanajuato Your Next Winter Vacay

Once landing in Guanajuato, tourists have facilitated access to 46 municipalities across the state, including its eponymous capital, by means of a ‘comprehensive road system’ cutting across the territory and reaching deep into Mexico’s more quaint, authentic countryside. Other highlights mentioned include:

As Mr. Brunel brilliantly puts it, Guanajuato has no beaches, but it does not need them: its man-made colonial wonders and foodie scene are exactly what sets it apart from coastal Mexico and precisely the reason why it’s experiencing a revival lately. 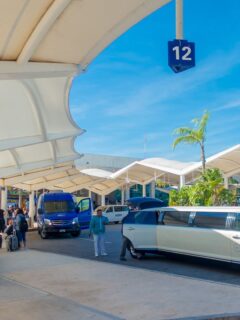 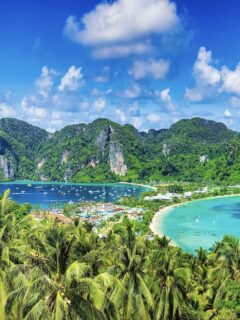 Hyperbole much? Guanajuato is hardly "unknown". I visited there the first time in 1961 when I was 15. It has always been KNOWN, it is part of the Colonial Circle and has always been a jewel.

I have visited there many times; it has become my family's favorite Mexican destination.

I became a travel advisor in 1995, after a long career as an educator.

If Guanajuato is "unknown" to anyone, it is because their travel consultants either do not know about it themselves or fail to advise their clients about where the real Mexico lies.

I would hate to think that if someone went to Miami Beach every year, they would truly see the best of what the U.S.A. has to offer!!! It is the same for Mexico. The true, authentic, historic Mexico lies inland. Heavens, Cancun did not exist until 1975, Guanajuato has been there since 1679!!!

I am here to tell you that ANY city on the Colonial Circle is worth the visit. In fact, many of the cities in the Colonial Route are designated Pueblos Magicos (Magic Cities). You know that is true given the huge ex pat population in San Miguel Allende.

I applaud you for trying to tell people about this Magic city. At least some will be exposed and have their interest piqued enough to want to visit.

Had a good read about “Decentralisation “ of tourist crowd in Mexico. Thanks.

they turned covid into a monster and now they treat it as a flu!!?? Does it make sense? It proves one again that it's a scam