The CEO of Spirit Airlines has stated that recovery is on the way, following the cancellation of thousands of flights in the past week by the low-cost airline. However, cancellations are expected to carry on well into next week as the airline battles against system outages and staffing issues.

The budget airline – instantly recognizable due to its bright yellow color scheme – has seen passengers stranded at airports as the situation deteriorated over the past few days, but there is hope that they are over the worst of it. Here’s everything you need to know about this story, plus a look at where they stand regarding the vaccination of staff.

In a typical year, Spirit Airlines has proved consistently that it is more than capable of coping with the demands of even the busiest of holiday seasons. The eighth largest airline in the US in terms of the total number of passengers, Spirit saw growth year on year before the pandemic hit, carrying 34 million passengers in 2019 before finishing 2020 with a respectable 18 million passengers carried – a figure that other airlines could only dream of.

However, in recent weeks Spirit Airlines has shown signs of struggling with the resurgence and renewed demand for air travel amongst American travelers. The unfortunate situation came to a head in the past week, with the cancellation of more than 2000 flights, leaving thousands of their passengers stranded at airports. Whilst the airline isn’t the first nor the only airline to struggle with demand during the pandemic, it has resulted in scores of angry passengers and a PR nightmare for the airline.

Spirit has pointed to a mixture of staffing shortages, technology issues and severe weather issues as the reasons why so many flights were canceled, with as many as 300 flights canceled on Friday and a staggering 450 canceled on Thursday – which attributed 56% of its total operations. Spirit’s lack of interline agreements meant that they were unable to book affected passengers onto other airlines, leaving many stranded at the airport.

However, whilst the situation is expected to carry on into next week, there are signs that it is improving. The rate of cancelations is getting better, averaging out at around 40% – an improvement on the 60% figures that the airline was reporting earlier in the week, whilst Saturday only saw a quarter of all flights canceled. Spirit’s Chief Executive Ted Christie apologized for the situation, adding “We’re going to do everything we can to earn back your loyalty.” Christie also revealed that he expected a return to normality by the middle of next week, news that is sure to comfort travelers anxiously awaiting their upcoming flights with the airline.

Spirit’s CEO has also been vocal in his calls for both passengers and employees to get vaccinated. Whilst not mandating it yet – unlike other airlines – Christie said that he is “strongly encouraging” his staff to get vaccinated and continue wearing facemasks.

United Become First U.S. Airline That Requires All Staff To Be Fully Vaccinated 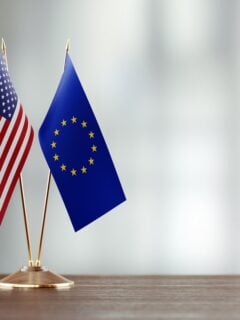 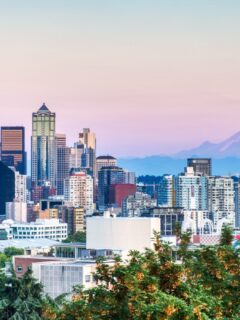 Next
Top 10 Places To Visit In Seattle
Click here to cancel reply.