Universal Studios – in partnership with Nintendo – has announced that the first Super Nintendo World in the U.S. is set to open in 2023.

Super Nintendo World Hollywood – What Do We Know So Far?

Although specific details on the new theme park are yet to be released, what we do know is that the very first Super Nintendo World – to be based in the U.S. – will feature:

The theme park – which has been described as an “innovative, immersive and highly-anticipated themed land” in a recent press release by Universal Studios Hollywood – will be the first of its kind to open on American soil.

And, with Nintendo having established itself as a household name – having been around for more than 130 years – there is no doubt that fans of the world-renowned Japanese video game company will be delighted to hear the news that the U.S. will soon have its very own Super Nintendo World.

Although there were delays in the opening of the Super Nintendo World in Japan – which finally opened its doors in 2021 – fans would certainly not have been disappointed by what the park has to offer. Visitors are able to experience the park’s Mario Kart ride – which offers the opportunity to immerse yourself into the legendary, and much-loved, game by racing through some of the all-time classic race courses that have been played on Nintendo consoles for many years.

Super Nintendo World Japan – which is based at Universal Studios Japan, in the city of Osaka – is also hoping to expand its park by 2024, including adding a Donkey Kong themed roller coaster to its list of attractions.

When Will The Super Nintendo World in Hollywood Open Its Doors?

Although no specific date has been set for when Super Nintendo World Hollywood will be open for business, it is likely to be in the second half of the year (2023) that its doors will open for visitors.

In the meantime, however, fans of the Nintendo franchise – which is behind the world-famous gaming characters, such as the Mario Bros., Yoshi and Princess Peach – will be able to get their hands on some of the latest Nintendo-themed merchandise.

However, a date has yet to be confirmed for when the second Super Nintendo World in the United States is set to open.

The mammoth theme park – which is based in the San Fernando Valley area of Los Angeles, California – already boasts a variety of themed areas for park-goers to immerse themselves into, including:

In other theme park-related news, just last month Disney World made the announcement that vaccinated visitors would no longer be required to wear face masks when visiting any of their resorts throughout the United States of America.

Universal Studios Orlando has also recently announced that they no longer require vaccinated visitors to wear a face mask.

Top 7 Theme Parks To Visit In the Riviera Maya 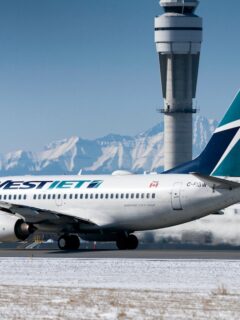 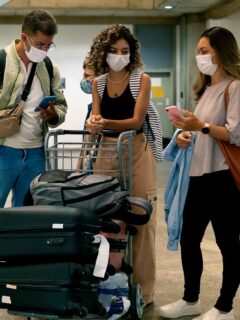