Thailand Opens Borders For Tourists From All Countries

Thailand’s borders have been proven to be hard to enter for most of the year following their lockdown in the wake of the Covid-19 pandemic. However, recent changes to their visas policies means that travelers from all nations can gain entry to the Land of Smiles. Here’s all you need to know about this story, and what it means for travelers around the world. 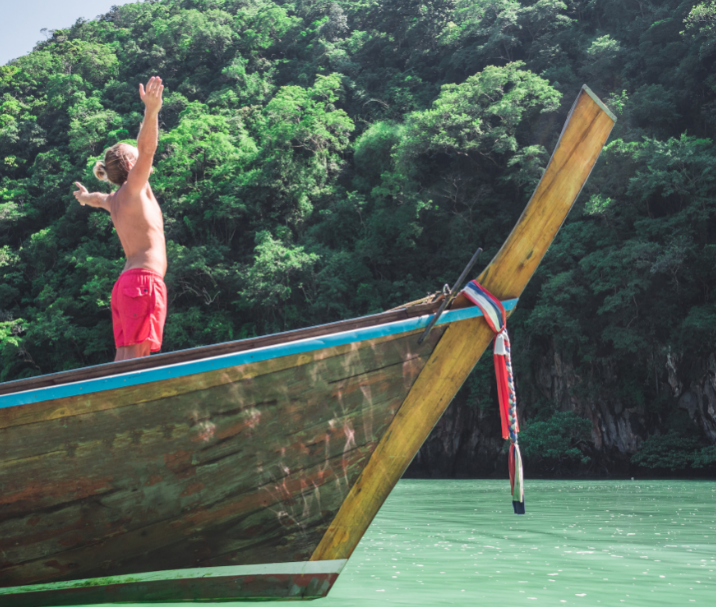 Thailand is a popular holiday destination for all types of travelers, from boutique hotel jet-setters to hostel-sharing backpackers. In 2019, 38 million tourists visited the country, and Bangkok was crowned the most visited city on the planet. As a result, tourism amounts for a great deal of its GDP; travel and tourism in 2019 amounted for as much as 21% of its GDP. 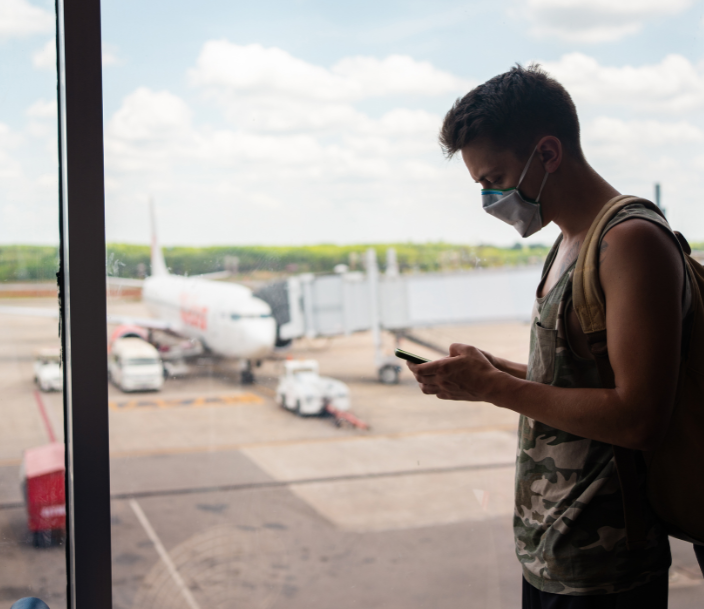 With tourism contributing so much for Thailand, the effects of the pandemic have been severe. With little-to-no tourists coming into the country, thousands of businesses have had to shut down and countless jobs have been lost. Those in the tourism industry have been pleading with the government to do something to attract tourists to the nation once more, and with this week’s changes to the STV (Special Tourist Visa), it seems they have got their wish. 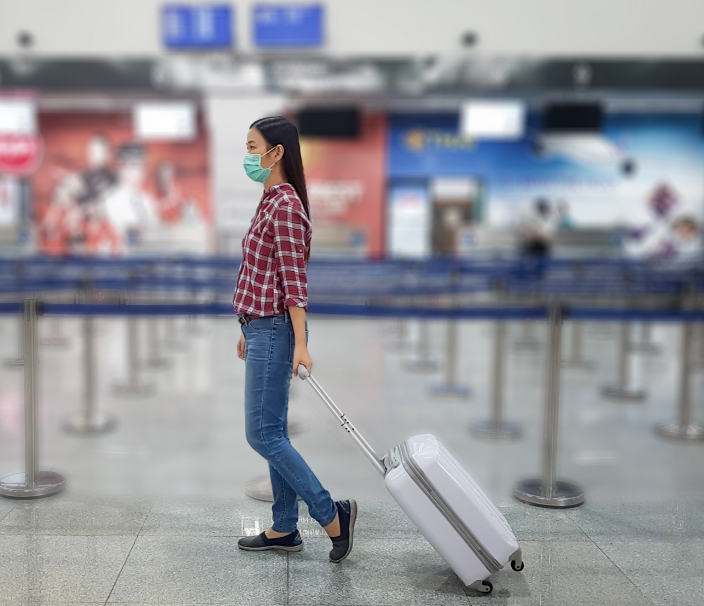 Throughout the pandemic, Thailand has been creating, changing and updating visa requirements in a bid to safely allow tourists to enter the country. Where once they required travelers to show proof of funds to the tune of 500,000 baht ($16,336 USD), they removed this requirement as it deemed to be too prohibitive. 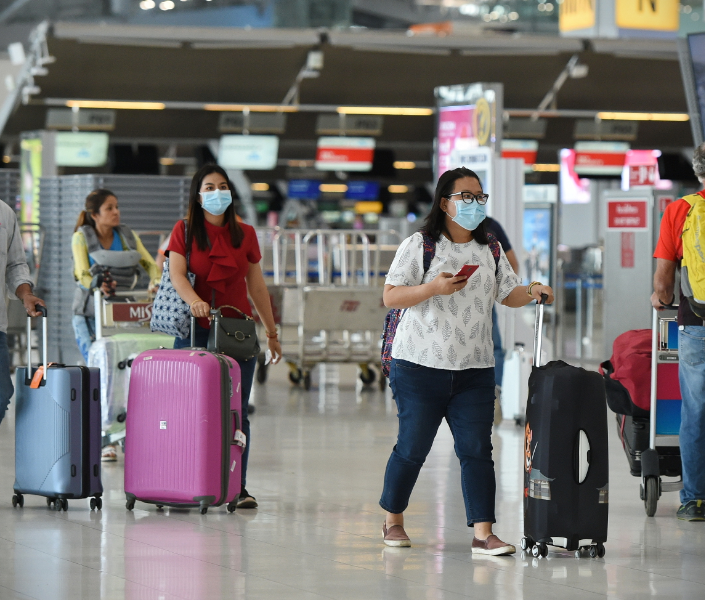 However, it seems that they have yet to find the solution to their tourism woes. The STV – a visa that was created for foreign tourists during the pandemic in a bid to attract more foreigners to Thailand – has so far proven to be unsuccessful, with only 825 visitors arriving on the visa since late October. 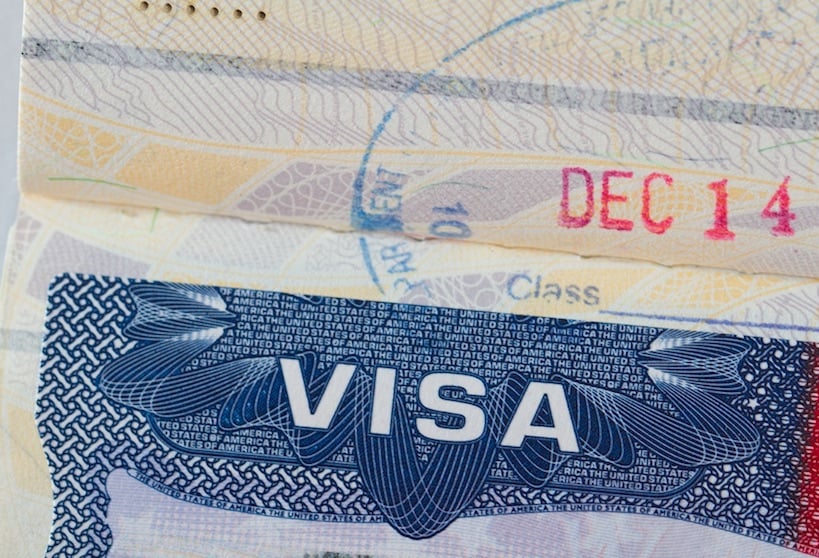 As a result, the Thai government have taken the measure to allow travelers from any country to apply for the STV, whereas previously only those from low-risk countries were allowed to apply. Whether this is enough to attract further visitors to the country remains to be seen, but it is a positive step in the right direction. 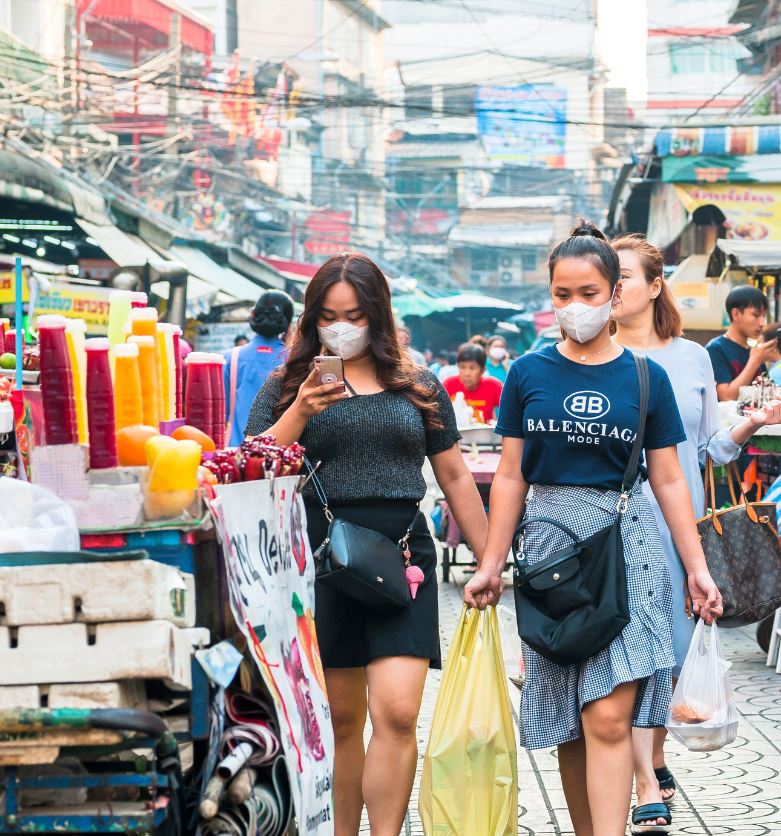 Entry to Thailand is still only permitted with a mandatory stay in a quarantine facility. This too has proven to be a prohibitive factor of entry; the mandatory 14-day period is a long time to spend in quarantine, and the stays can be pricey, with the cheapest option still costing more than $1000. 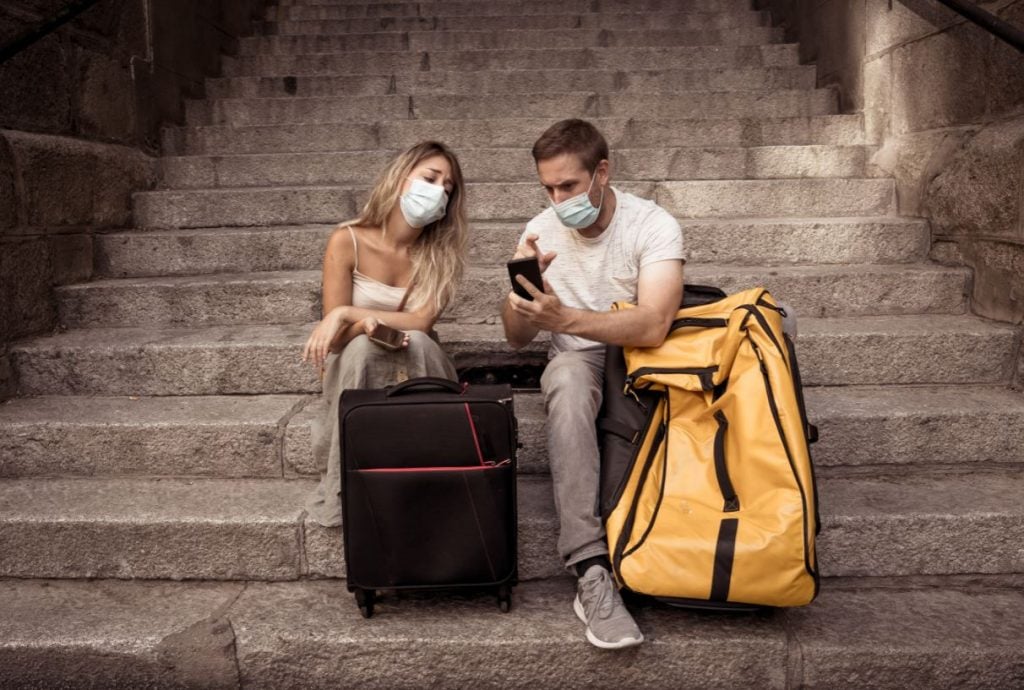 However, there are further visa changes being discussed that may make two weeks in quarantine more palatable. A proposal to extend on-arrival visa exemptions from 30 days to 45 days is to be presented to Thailand’s Cabinet, with the extra 15 days added on to make up for the two weeks spent in quarantine. 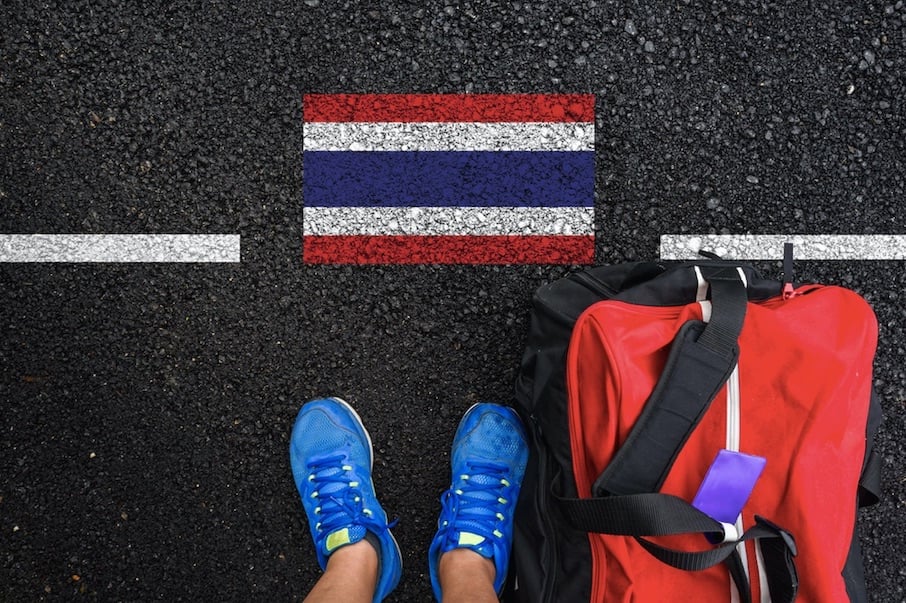 What Does This Mean For Travelers?

This news is bound to be received warmly in the traveling community, as now anyone is free to apply for the STV and enjoy an extended stay in the Land of Smiles. With cases growing back home, quiet beaches and fantastic hotel promotions, Thailand is growing to be a more enticing option each day. However, with costly mandatory quarantine and a recent spike in cases, it remains to be seen whether the changes will make a huge difference to tourist numbers in the country. 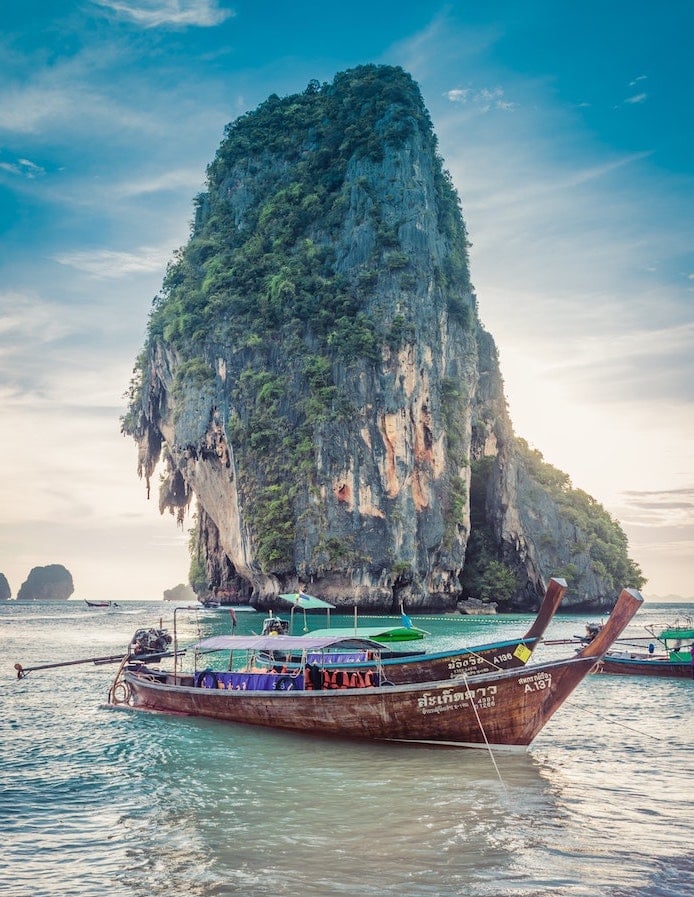 Thailand Has Approved Over 1000 International Tourists Since Reopening 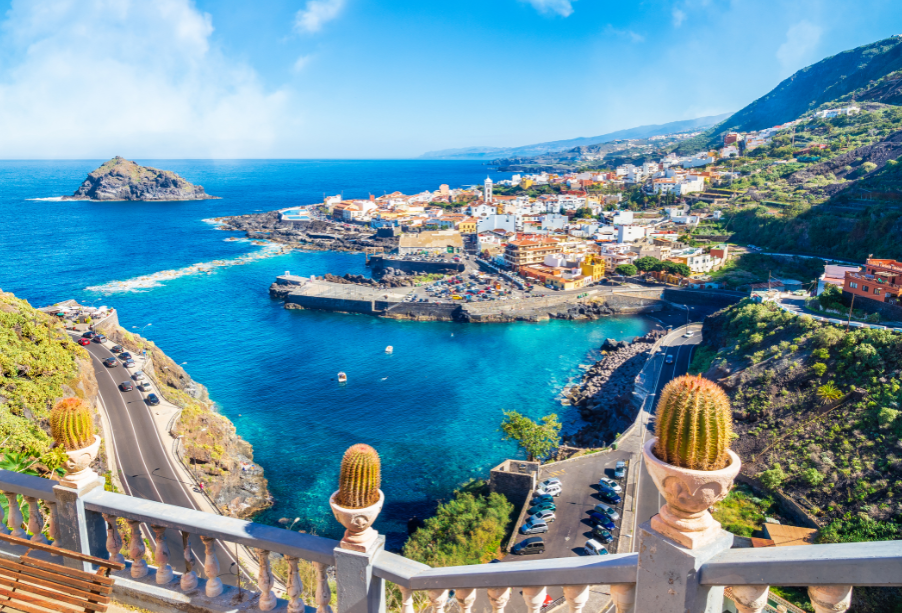 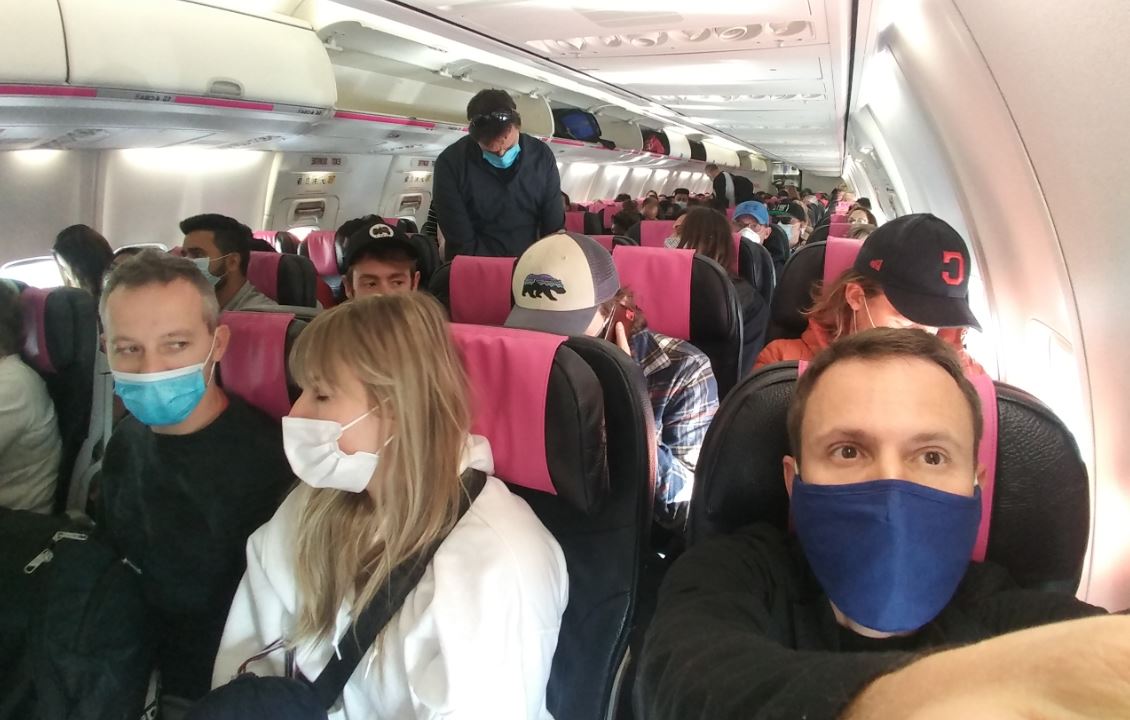 Next
Canada Launches New Tool To Check If There Was COVID-19 On Your Flight
Click here to cancel reply.

I'm surprised Traveloffpath hasn't updated to reflect that Thailand has now officially reinstated the visa waiver program for countries that were on the list pre-COVID. This means that it's basically back to normal as far as entry requirements go. The only part that still is a drag is that most of the other annoying requirements are still in place....namely the required 15 day quarantine at an ASQ Hotel. So for a US citizen you can visit Thailand for 30 days Visa free...along with a 15 day quarantine among other things. You can find more information at this link:(link)

So basically, in a nut shell, f**k all has been done. All the Thai government has done is relax the entry policies for different nations and countries, and provided an extension. What about the visitors that want to spend their vacation in Thailand and are on leave from work?. As a previous comment above mentioned, who's going to pay a sufficient amount of money to quarantine for two weeks at their expense and return back home?. I understand the reason behind it due to the pandemic although they're basically ripping you off by letting you visit and issuing you a visa just to stay in prison for two weeks. 😂. The damn liberty.

They separated me and my wife apart the 23:d of March, at the border checkpoint Nong Khai. "Separated" do you understand what I'm saying ?

We were traveling together me and my wife in our car. I got me a fully approved Non O Visa at the Thai embassy vientiane, and they also told me there were no worries to re-enter thailand.

You let me know where I supposed to be a threat towards thailand ? "They separated me and my wife apart" (we were together all time) do you understand what I'm saying ? The 23:d of March.

Accordingly to what was said, the land border was not to be closed until the 25:th of March.

Do you understand what I'm saying ?

10:th of December 1948 thailand signed something , and was also among the first countries to sign it.

Kashlee Kucheran , do you understand my story ?

Nothing out of the ordinary to be considered an attractive proposition for tourists. Thailand depends a great deal on tourism. There should a different approach than just food, night life and nothing to rave beach resorts. A money well spent scheme for tourists during this uncertainty would lure tourists and those with deeper pockets to invest furthermore to be called a second home. Restrictions and conditional visas would put more people at bay.

For example a Southeast Asian nation created a different approach as the Indonesian government has relaxed the laws to allow foreign nomads with capital to spare to purchase using HGB (or “right to build”) title. A game changer.

Some international properties have rushed to introduce a package for smart foreign investors. This will encourage foreign nomads to choose Indonesia as a first or second home option. Especially now, when more and more work from home, they can do so in places which offer superb lifestyle, great weather, and spacious homes in Bali or Lombok. Although there has been a recent trend towards other tourism destinations apart from Bali such as Lombok, Labuan Bajo at the Western end of Flores, and even Raja Ampat in Irian Jaya commonly known as West Papua.

Article is a bit confusing due to what sounds like two different changes (one being the STV the other being the land crossing extension to 45 days).

Just to clarify, any country is now allowed to apply for an STV not as a point of discussion but as an actual change that has already been implemented? And therefore anyone from any country has the opportunity to stay for up to 9 months as this visa allows with extensions? Thank you for the clarification!