One of the most popular Caribbean destinations among both American and Canadian citizens, the Dominican Republic (DR) hopes to launch at least four new tourist destinations in upcoming years, with a particular focus on its Amber Coast.

While the DR already attracts millions of tourists annually, with resort-packed Punta Cana and the colonial-era capital of Santo Domingo amassing the largest figures, the new destinations will surely increase investment in the island and offer visitors the chance to explore lesser-known locations.

Tourism Initiatives To Increase In The Amber Coast

Seeking foreign hotel investment at the International Tourism Fair (Fitur) which took place recently in Madrid, the Dominican Republic announced plans to formally open four more destinations, while investing in the development of an already-existing one.

Upon listing the ambitious projects, David Callado (the DR’s Minister of Tourism) has reaffirmed his country’s goal of “attracting, promoting, and retaining the investment in sustainable tourism initiatives“.

Along the Amber Coast, a region boasting nearly 17% of tourist rooms in the country, over 300 projects concerning the construction and remodeling of hotels and other tourist installations, as well as businesses and logistics, are already a State priority.

It means that, in the near future, Americans will be able to benefit from an even better-equipped DR, especially when it comes to the opening of new attractions, travel routes, and the welcoming of tourists.

Puerto Plata, Sosúa, Miches, And Puerto Bergantín All New Bets For The DR

As reported by El Nuevo Diario, there is particular interest in promoting Puerto Plata and Sosúa as favored beach getaways. Puerto Plata is, in fact, the DR’s third-largest urban center and capital of the eponymously called Puerto Plata Province.

Besides being a large trading port, it houses the Playa Dorada and Costa Dorada resorts. On the other hand, Sosúa is a neighboring beach town located 6.4 km, or 4 miles away from the Gregorio Luperón International Airport, making it an incredibly accessible destination for Americans and Canadians alike.

Additionally, vacationers hoping to relax by the untarnished beaches of Puerto Bergantín also look set to benefit from more than 30 projects in the zone, including the development of hotels, golf courses, urban centers, real estate among others.

Lastly, the quaint town of Miches was also listed as “the new sustainable luxury destination for tourism investment”, raising hopes tourists will soon find easier links to the El Seibo Province and the Cordillera Oriental, especially when traveling north of Punta Cana.

As part of the strategy in cementing the Dominican Republic as a strong Caribbean competitor, the Colonial City of Santo Domingo, a famous UNESCO World Heritage Site, will also be relaunched.

The Colonial City holds the title of oldest continuously-inhabited European settlement in the Americas and the State aims to consolidate it as a new leisure and business destination through a revitalization program. Between 2022 and 2025, US$100,000 billion will be invested.

With the restoration of colonial houses, museums, and further strengthening of infrastructure in the Colonial City as a whole seemingly underway, foreign tourists will be a touch closer to the Santo Domingo’s rich cultural past and Spanish heritage.

Recently, the Dominican Republic has also partnered with Costa Rica and Panama to offer visitors a “unique experience” when traveling between the three nations, though the precise nature of such endeavor is still being debated.

For now, the Caribbean country is one of very few that are yet to tighten entry restrictions for Americans, with passengers allowed to travel without presenting a vaccination card or even pre-departure tests. 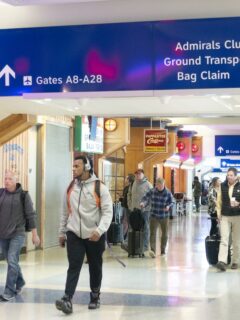 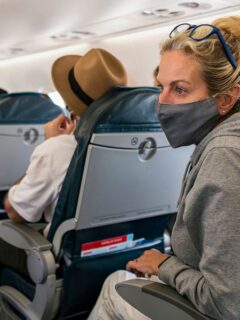 Next
U.S. Issues Level 4 'Do Not Travel' Advisories For 14 More Countries
Click here to cancel reply.