The White House has announced it will plan a new system for international travel that will include contact tracing. The United States has been closed to much of the world — including European citizens — since March 2020.

The EU has asked the United States to remove restrictions on non-essential travel into the U.S, but it hasn’t happened. However, a senior White House official suggested the new system would begin when America reopens to the world.

Unfortunately, the White House COVID-19 response coordinator, Jeff Zients, told the U.S Travel and Tourism board that the U.S wouldn’t be reopening to the rest of the world soon because of rising cases of COVID-19. That said, the current travel restrictions are costing the U.S economy $198 million daily.

According to reports, the U.S government is considering vaccination requirements for entering the United States.

He also said, “The American people need to trust that the new system for international travel is safer even as we – I mean at that point – we’ll be letting in more travelers.” ‘

Commerce Secretary Giana Raimondo suggested that the U.S wants to move towards a metrics-based system, but the current spike in COVID-19 cases worldwide is preventing the government from starting this right now.

She also said the U.S needs to get a better handle on its current domestic situation and everyone needs to get vaccinated.

Many figures in the United States travel industry — which is still facing enormous damage — are concerned that Joe Biden won’t open the United States until 2022. Although Zients said the U.S wants to lift restrictions “as soon as we can.”

Contact tracing is in place in many parts of the world, and it’s been successful in places like Australia. Jeff Zients suggested that the new system would include contact tracing, which would allow the CDC to contact travelers if they’ve been exposed to COVID-19.

The previous administration blocked an effort to require airlines to collect tracking information for U.S bound international flights due to privacy concerns.

The Current Restrictions On Entering The U.S

The United States remains one of the most challenging places to enter worldwide.

Despite its high vaccination rate and massive travel industry, the nation bars most non-U.S citizens from entering the United States if they’ve been in the following countries in the previous 14 days:

Moreover, the U.S currently bans non-essential travel from most non-U.S citizens at the Mexican and Canadian land border. And that’s despite Canada reopening to fully vaccinated U.S travelers, and Mexico having no restrictions on U.S tourists for most of the pandemic.

Despite pressure from its own travel industry, senior politicians, and governments around the world, the U.S hasn’t set a date on its reopening.

At least this news shows the U.S is starting to plan its reopening to the world. 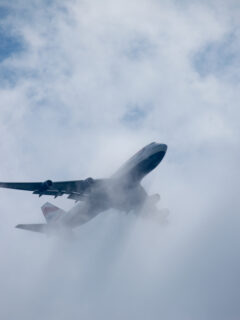 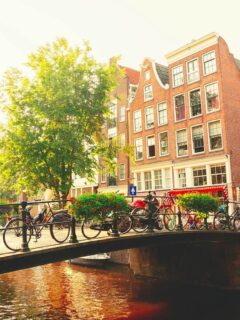 Does nobody question why one of the most reliably infected countries on the planet bans foreigners on the grounds that they may be infected even with testing? I'm so tired of the unquestioning compliance of the US populace for these nonsense edicts. Do they like living in a maze set up for human rat compliance tests?

Vaccinated got scammed because they believed they would go back to normal if they took the vaccine. They have been lied to. Soon Unvaccinated have more freedom than the vaccinated.

@Christian, I gotta agree. And I will refuse a third shot if I basically have no advantages of having gotten the damn thing in the first place. I won't be the only one thinking like this.

I don't understand why the US keeps blabbing it would reopen "to the world" when it never closed off said world. Save for that ridiculous list above, everyone has been able to happily travel in and out since forever. I am Europe-based and will be on vacation in Africa for 2 weeks, after which I can and probably will travel to the US directly. Can't make up this nonsense. I am fully vaccinated PLUS have had antibodies even prior to vaccination as had Covid (apparently - because I never noticed). Americans have been travelling in and out of Europe for months, what the eff is the logic here? Covid doesn't recognize your arbitrary nationality, does it.

@Tina, agreed utter non sense. They are allowing unvaccinated tourists from Central and South America to come and let's not forget the situation at the southern border where over a million people have already crossed( no covid shots mandate for them though). Meanwhile vaccinated Europeans can't come. Smh

The intellectual dumbf*ckery of this Administration is truly unprecedented. The Biden Travel Ban on the EU has kept VACCINATED bi-national families apart for 19mos. All while allowing unvaccinated tourists from dozens of countries to enter the US. A daily reminder that you can't fix this kind of stupid.