The UK May Open To Vaccinated U.S. Tourists Within Weeks

The United Kingdom may open for vaccinated U.S-based travelers by the end of the summer according to reports.

The news comes as the United Kingdom announced that fully vaccinated British travelers coming from ‘amber list’ countries won’t face having to quarantine when they arrive back in the UK.

Grant Shapps, the UK’s Secretary of State for Transport, stated “I can confirm today that from the 19th of July, UK residents who are fully vaccinated through the UK vaccine rollout will no longer have to self-isolate when they return to England.”

He also went on to say, “We’re working to extend our approach to vaccinated passengers from important markets and holiday destinations, later this summer, such as the United States and the EU.”

All visitors into the U.K. must provide a negative PCR test within 72 hours of arriving in the UK. They should also fill in the passenger locator form on the government website. U.S. citizens are currently on the U.K’s amber list, meaning U.S travelers can come to the U.K, but they need to book two COVID-19 tests on day 2 and day 8 after they arrive.

Travelers from amber list countries, such as the United States, will have to quarantine for 10 days after their arrival. That has forced many Americans away from the U.K in the previous 12 months.

The U.K and U.S Travel Bubble

There has been massive speculation from both governments that the travel bubble will begin this summer. However, reports suggest that this is unlikely this summer and may only happen towards the end of the year.

One of the biggest obstacles for the travel bubble – which would remove restrictions both ways – is the type of vaccines. The United States hasn’t approved AstraZeneca, the British-made and most widely used vaccine in the U.K.

The U.S government may class many UK citizens, especially those over the age of 40 as unvaccinated. There’s also the issue of rising Delta Variant cases. The U.K is going through a third wave of COVID-19 because of the highly transmissible Delta Variant.

The Current COVID-19 Situation In Britain

Although the country will drop all COVID-19 restrictions on July 19th, some scientists expect cases to rise to 100,000 cases per day by the end of July. It’s likely this could halt plans for the travel bubble.

The United Kingdom has vaccinated massive amounts of its population. Over 45 million UK citizens have received at least one vaccination dose since January. The country is set to meet its target of vaccinating its entire adult population by the end of this month.

Nonetheless, the rising cases of the Delta Variant among young adults who’ve taken only one vaccine have made the world watch the U.K with close eyes. It will show the world if high vaccination rates break the link between cases and hospitalization rates. As a result, that would mean the end of the pandemic in the U.K.

The U.K is the first country to drop all social distancing measures and mask mandates despite having soaring cases. That’s because the U.K believes it has broken the link between cases and deaths and believes opening the economy is now essential.

Although the travel bubble seems unlikely anytime soon, it seems more likely that the U.K will allow vaccinated U.S travelers by the end of next month.

That will give Americans the chance to visit London and enjoy the U.K before the summer ends. 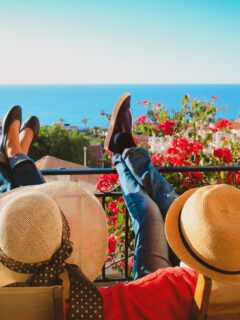 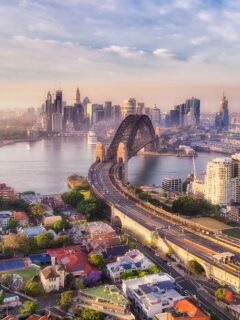 Any entry allowances should be reciprocal, no US tourists should be allowed in without quarantining until Biden's administration agree to the same for UK citizens.

This article is absolutely shocking. You mention the AZ vaccine however, the CDC have already confirmed that they recognise this vaccine and so it won't be a problem.

Secondly, you use old statements which said cases would rise to 100,000k. These have been massively reduced now.

The main issue is that many states use a paper system for vaccination proof where as all of Europe is digital.