How we travel today has changed so much compared to how it was in 2019 that travelers would be forgiven for forgetting just how easy it used to be. From negative test results to proof of vaccination, mask mandates to insurances policies, post-pandemic travel has introduced travelers to concepts that were once alien to many of us.

One such concept is that of travel bubbles. Before Covid-19 digital passports were on the horizon, travel bubbles were viewed as a solution to the safe travel question. Australia’s travel bubble with New Zealand has been successful but now faces more restrictions, whilst Singapore too hopes to get in on the act. Here’s what you need to know about the state of travel bubbles at present.

Travel bubbles are typically agreements between countries that have demonstrated success in containing the spread of Covid-19 that allow citizens to move freely between the parties involved, with either no restrictions or a reduction in the number of restrictions that the traveler will face. Due to the controls and the selective nature of the countries involved, they are seen as a safe way to resume travel.

Often referred to as travel corridors, there are currently several such bubbles in operation around the world, such as the ones between the “third countries” and the EU and one between Australia and New Zealand. However, the Australia-New Zealand travel bubble has been fraught with problems ever since it came into being – and the resumption of the travel bubble is set to face a delay.

The travel bubble between Australia and New Zealand was launched on April 18th, and was seen as a good solution to the issue of travel between the two countries given the close ties that the two countries have with one another. However, the bubble has faced several issues, which led to a pause in the operation of the bubble coming into effect on June 23rd.

Whilst the pause was only scheduled to last for 72 hours, New Zealand has opted to delay the reopening on the bubble with the Australian state of New South Wales (NSW), following an increase in restrictions in NSW and a rise in the number of cases. NSW was the only state to face the indefinite delay, with the travel bubble between New Zealand and the Australian states of Victoria, ACT, South Australia and Tasmania relaunching successfully during the week.

“Clearly there is an escalating risk in NSW and no one wants to see Covid-19 coming into New Zealand which is why we’ve made this difficult decision … if the lockdown isn’t working and people aren’t following the rules … then that does add additional risk for us here in New Zealand.”

Despite the issues faced by the bubble, there is still hope amongst Singaporeans that a bubble with both Australia and New Zealand can be created – though it looks as that it won’t be for some time. Singapore has been unilaterally open to New Zealanders since last October, and the regional vice president of Singapore Airlines recently talked up the hopes of converting the current agreement into a bubble. Meanwhile, Australia’s Trade Minister Dan Tehan said that a bubble between Australia and Singapore has been pushed back to at least late 2021 as a result of the third wave of the virus. 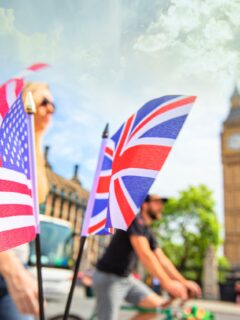 Previous
The UK May Open To Vaccinated U.S. Tourists Within Weeks 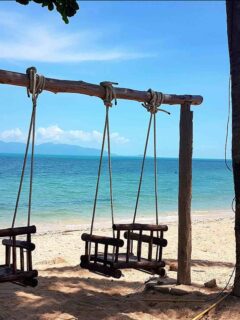 Next
Koh Samui Reopening For Tourism In Days Despite Rising Cases in Thailand
Click here to cancel reply.