The Prime Minister of New Zealand, Jacinda Ardern, announced in a press conference today that New Zealand will allow Australians to travel to the country without a quarantine later this month.

The two countries had been planning for a travel bubble in 2021, but it got suspended earlier this year when another wave of cases hit Australia. Since then, Australia has reopened to New Zealand tourists without a quarantine, but that was not reciprocated.

The long-awaited travel bubble will start on Sunday, April 18 at 11:59 pm.

“This is an important step forward in our Covid response and represents an arrangement I do not believe we have seen in any other part of the world. That is, safely opening up international travel to another country while continuing to pursue a strategy of elimination and a commitment to keeping the virus out,” Ardern said during the press conference.

How Will The Travel Bubble work?

Travelers from Australia will board “green zone” flights, which means that there will be no passengers on that flight who have come from anywhere else but Australia in the last 14 days. There will be a separate airport area for these passengers, and airline crew on board must have only worked on low-risk routes for a specified period of time before.

Travelers will not be allowed to move between the two countries if they had a positive Covid-19 test in the previous 14 days or present with flu-like symptoms. Additionally, all passengers must wear masks on the flight and give New Zealand authorities details of where they will stay.

The prime minister said that travel will not be what it was like before pre-covid, reminding travelers that flights could be suspended in the case of a new outbreak. If multiple cases of an unknown origin emerged, “we would likely suspend flights for a set period of time,” she said.

New Zealand’s Prime Minister has been lauded for her efforts towards controlling the spread of the virus, which seems to have paid off. The country has recorded just 2,524 cases and 26 deaths since the beginning of the pandemic according to data from John Hopkins.

Air New Zealand airline chief executive Greg Foran said that the airline has been “run off our feet” as thousands of Kiwis bought up seats with the launch of the new travel bubble.

He said the three most popular destinations were Brisbane, Sydney, and Melbourne, but seats were also being bought up for Perth, Hobart, and the Sunshine Coast.

“We’re pumped, isn’t it terrific news for Air NZ? It’s been a long time coming,” Foran said “There is plenty of demand, plenty of places to go, it’s terrific.”

Australia’s national airline carrier Qantas said that it would resume 122 return flights to New Zealand per week once the bubble came into effect. The airline has recently launched mystery flights to spur domestic tourism in Australia after the country extended its travel ban.

New Zealand and Australia Travel Bubble – What Does This Mean for Travelers?

This news is bound to be welcomed by both Australian and Kiwi travelers, who will soon be able to travel between the two countries without having to quarantine.

It is still quite difficult for travelers outside the two countries to get into the land down under. Entry to New Zealand is open only to those traveling for a critical purpose, while Australia is only open for those traveling with essential purposes unless the traveler is a citizen, resident, or immediate family member.

Qantas plans to resume international flights in October, which is the expected timeframe for Australia’s COVID-19 vaccine rollout to be effectively completed.

Australia and Singapore Travel Bubble Could Launch By Mid 2021 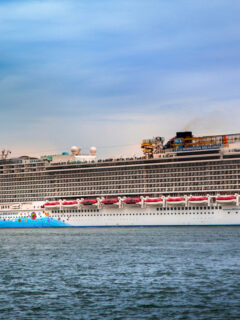 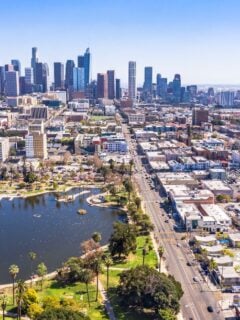 Then they'll find one "case" of covid and proceed to lock everything down again. (As is inevitable). Utter madness. Horrible time to live in an island country.

The most paranoid countries in the world about Covid...Ridiculous !