While international travel is not yet an option for Australians, flag carrier Qantas has launched ‘Mystery Flights’ to spur domestic tourism. The Sydney-based carrier will operate three flights, each from Brisbane, Melbourne, and Sydney, to a destination unbeknownst to the passengers on board. The news comes as aviation industries across the globe are challenged by the pandemic-induced travel slump, influencing airlines to conceptualize new strategies.

The day trips, up for grabs starting March 4, will fly on March 27 from Brisbane, April 18 from Sydney, and May 1 from Melbourne. Qantas is offering all-inclusive packages for AUD 737 (USD 577) for economy-class seats and AUD 1,570 for business.

120 passengers aboard each Boeing 737 will be oblivious to their destination until the plane nears landing, though live flight maps on seatback screens allow for tracking.

Being the airline’s most recent initiative to attract travelers, mystery flights are not Qantas’ first creative strategy. The airline was among the first to launch ‘Flights to Nowhere’, a seven-hour, low altitude round trip of Australia’s iconic landmarks.

Mystery flight gamblers can look forward to an all-day adventure with tropic activities and gourmet lunches, illustrated on Qantas’ website as:

“You could be sipping chardonnay amongst the grapevines of an award-winning vineyard, dipping your toes in the turquoise waters of a tropical island, or enjoying country hospitality at its finest. Whatever you end up doing, it will involve a scrumptious lunch.”

Through this initiative, Qantas aims to stimulate air travel amidst domestic and international state border controls.

“As well as helping bring more of our people back to work, these mystery flights are another way to support tourism operators in regional areas especially, who have been hit particularly hard by several waves of travel restrictions,” said Qantas Group chief customer officer Stephanie Tully.

On a global scale, the World Tourism Organization reported a loss of USD 935 billion in export revenues from international tourism during the first ten months of 2020, while airline passenger revenue loss alone was estimated at USD 314 billion last year. The downtrend has resulted in government bailouts, job cuts, and shutdowns.

Despite the red ink, Qantas CEO Alan Joyce says he’s becoming increasingly optimistic in the future of air travel, considering the country’s rollout of vaccines and the group’s recovery plan.

Due to the “unacceptable risk” posed by the emergence of new, highly transmissible variants overseas, Australia’s international borders will remain shut.

The federal government announced the extension of its international travel ban for at least an additional three months, from March 17 to June 17.

“The extension of the emergency period for a further three months is about mitigating that risk for everyone’s health and safety,” said Health Minister, Greg Hunt.

Initially set to expire last December, Australia’s overseas travel ban took effect on March 17/20 alongside the inception of the COVID-19 pandemic, and has hitherto been extended.

With vaccine rollouts currently under way, the government is aiming to vaccinate 4 million people by month’s end, and the entire population inoculated by October.

The emergency mandate can be revoked if the government deems it appropriate but until then, Australians won’t be able to leave the country unless conferred an exemption from the Department of Home Affairs.

International returns into Australia will continue to be capped, given mandatory pre-departure testing, protocols on flights and two-week hotel quarantine upon return.

The carrier is intending on ramping up frequencies to New Zealand in July, furthermore resuming most of its international routes by late October.

The carrier’s low-cost subsidiary Jetstar will return all of its 13 routes, including Bangkok, Tokyo and Seoul in the same interval.

At present, the company is evaluating the use of digital health-passport apps, a means to verify the vaccination status of a traveler, in order to accelerate the resumption of pandemic-era travel. The airline is piloting the IATA Travel Pass and WEF CommonPass on its international repatriation flights. 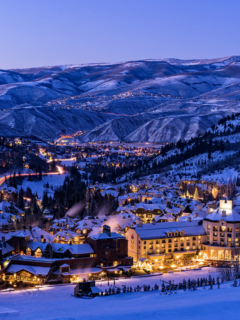 Previous
Top 5 Colorado Hotels For A Great Staycation This Spring 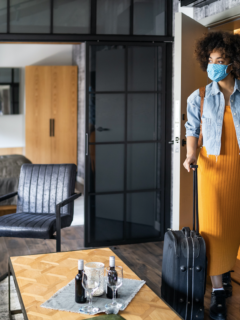 Australia, home of brave folks who venture into the outback and stare down crocs, deadly spiders & snakes. Endure extreme heat and a blazing sun that parches your lips. Home of intrepid young travelers who leave the safety of home to explore the world with a small backpack.

Australa, home of brave.....oh. I guess that's all just a myth. Just a legend, lost to time.