Thinking of flying across the pond this season for a dreamy European vacay, but you’re not too sure about Switzerland’s overpriced ski resorts or the buzzing crowds in Austria’s alpine towns? Perhaps you should be considering these 3 alternative destinations in Europe that are not only just as gorgeous but super budget-friendly.

Now that Europe’s borders are fully open for the first time since early 2020, demand keeps growing exponentially, pushing up the cost of flights and accommodation across the continent. Still, there are a handful of locations off the beaten path where visitors can be shielded from the crippling effects of inflation and where tourism has only begun to grow.

This time, you better pack those extra layers of clothing: we’re headed East.

Sibiu, The Romanian City With Eyes

Nestled in the heart of Transylvania in Romania, not far away from the tourist hotspots of Brasov and Cluj-Napoca, Sibiu is a small city shrouded in mystique with a History spanning dating back nearly a millennia — and one that is incredibly affordable by European standards. On average, a one-month stint will cost USD $497 without rent.

Famous for the eyebrow-shaped dormers that adorn several of the houses within the old walled town, and that has inspired its nickname ‘City with Eyes’ over the years, it is an important cultural center for the Transylvanian Saxons, an ethnic minority originating from Saxony, in Germany, that have lived in the area since the Middle Ages.

Exploring its winding alleyways with a ciocolată caldă in hand, admiring the baroque architecture, the city’s well-preserved watchtowers, and the open-air markets selling local produce amid an early-morning snow flurry certainly feels like stepping into the pages of a children’s fairytale book, except the colors in real life are much more vibrant.

Within short driving distance from Sibiu, tourists will find the Cindrel and Fagaras Mountains, which rank among the best ski destinations this far East in Europe, and a quaint countryside dotted with medieval fortified churches, stunning castles, and traditional Saxon settlements where German remains the lingua franca.

Bordering Romania to the South, Bulgaria is yet another budget-friendly haven for those looking to stretch their dollars further and access quality services without being charged revoltingly high fees. In fact, digital nomads are heading en masse to this small town in Bulgaria this winter, and the high affordability may be (part of) the reason why.

In Bansko, a ski resort town surrounded by the snow-capped Pirin Mountains, nomads can get by on USD $745 a month, and you can certainly benefit from the low fares as a visitor yourself. Couples on a six-night sejour at a 3-star hotel will pay, on average, $333; on top of that, $26 for expenses each time they have dinner at a local restaurant.

Affordable rates are not the only thing that makes Bansko a great late winter getaway deal, though: the Pirin mountain range, where it is located, is an area of outstanding natural beauty. Think densely-forested ridges, glacial lakes that completely freeze over in the dead of winter, snowboard slopes, cozy wooden chalets, and sweeping mountain views.

From Bansko, popular day trips include the Bulgarian capital itself, Sofia, known for its striking modernist architecture and leafy boulevards, the Rila Monastery, often regarded as one of the country’s most important architectural monuments due to its 10th-century frescoes, and Dobrinishte, a village and a spa center home to mineral springs and welcoming locals.

Capital to the Easternmost Baltic state, Tallinn does not get half as much credit as it should for simply being the most magical winter wonderland in Europe. Often overlooked when paired with Prague or Budapest, this compact medieval gem has enough points of interest to keep you busy for days, and when it sees snow, it’s like a scene straight out of a movie.

Tallinn’s beauty lies in a complex maze of cobblestone streets, encircled by defensive towers and packed with antique shops and stone taverns that have stood there for centuries, probably passed down through generations of Estonian families, historical stone churches and 13th-century piazzas where medieval-themed fairs are still held.

In case you were wondering, Estonia is also one of the cheapest European destinations for a winter vacation: according to the latest data on prices published by Expatistan (on December 26, 2022), the cost of living in Tallinn is cheaper than in 68% of the world, translating into cheaper food, accommodation, and tourist attractions in general.

Staying one week in a reasonably-priced hotel in Old Town Tallinn, you should budget at least USD $57 per night, though fares can vary dramatically depending on the level of comfort. For young backpackers country-hopping in Europe, hostels can be as cheap as $70 for the week, while luxury travelers should expect to pay up to $1260.

Heading to Europe in the coming weeks, but you’re not exactly thrilled with the prospect of snow? Maybe the Transylvanian heartland of Romania, Bulgaria’s towering peaks, and Estonia’s plummeting temperatures are not for you: check out instead these five other European cities for low crowds, low prices, and, most importantly, mild weather heading into winter. 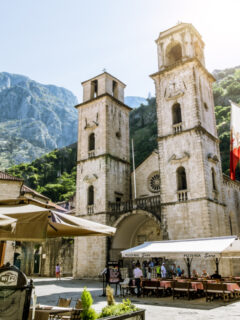 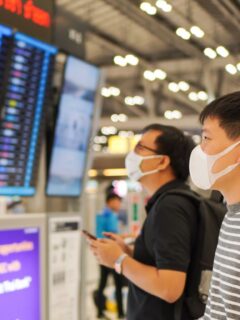