If you thought COVID tests and traveler entry requirements were long over, you were thinking too soon because the Centers for Disease Control and Prevention (CDC) just announced today that as of January 5, any traveler from the People’s Republic of China (PRC), and regions Hong Kong, and Macau will need a negative COVID test before boarding flights to the U.S.

This news comes on the heels of reports that China’s COVID case numbers are surging, with hospitals being overwhelmed with not having enough ER staff or beds to meet the demand of cases. China has been rolling back many of its strictest rules such as mass testing, lockdowns, and mandatory quarantines in the past month and announced earlier this week that it would be removing the requirement for overseas travelers to quarantine upon arrival. This move came as a surprise to some since the country has been struggling to contain the virus and has traditionally followed a Zero-Covid approach.

China has stopped reporting daily data on infections pointing to a lack of reliability over the data, but it has been estimated by a UK-based health data firm that the country is averaging around 5,000 deaths and more than one million infections per day.

Countries have pointed to new variants and slowing the spread of the virus as their reasoning for reinstating travel testing again, with the CDC pointing out that variants of the SARS-CoV-2 virus are continuing to show up in countries around the world. The CDC explains that China has been specifically targeted due to its “reduced testing and case reporting” and that “minimal sharing of viral genomic sequence data could delay the identification of new variants of concern if they arise,” according to a CDC press release.

Following the CDC’s announcement, Italy revealed a few hours later it would require all passengers from China to provide a negative COVID test. Italy had been testing passengers arriving from China this week and had found almost 50% of passengers had tested positive on a flight to Milan.

Earlier this week, India announced that it would require travelers to have a negative COVID test before boarding, while Japan and Taiwan have implemented testing upon arrival, and Malaysia has increased tracking and surveillance measures.

Italy’s Health Minister Orazio Schillaci reflected a similar sentiment saying “the measure is essential to ensure surveillance and detection of possible variants of the virus in order to protect the Italian population.”

The CDC will also be expanding its Traveler-based Genomic Surveillance program (TGS), where it will test for new and rare variants with nasal swabs from voluntary passengers arriving at international U.S. airports. The program is currently in place at 5 major airports and is now being added to Los Angeles and Seattle, where collectively, it will test approximately 500 flights from 30 different countries per week to determine any new variants.

Other countries such as the UK and Germany have said they will be monitoring the situation closely, while some experts predict that the U.K. and other countries will soon follow suit.

As the world continues to monitor the COVID situation closely, certain areas are taking precautionary measures to curb the spread, such as bringing back mask mandates. Los Cabos has created mask mandates for indoor public settings and transportation, while other officials in cities like New York and Los Angeles are calling again for mask wearing in public spaces. 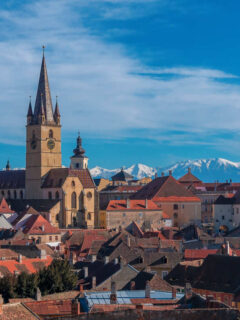 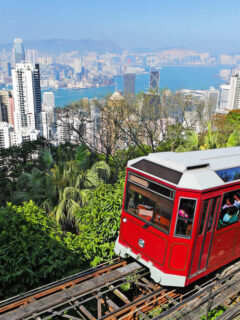 Stupid and useless. Testing has never prevented the virus from circulating, and there's no reason why it should work this time. We have to live with this virus the same way we live with all other viruses. Stop all the nonsense.

5000 deaths per day from a virus with a 99.97% recovery/survival rate. Nothing suspicious about that.

Just stop with this ridiculous BS. America is now officially embarrassing itself. Maybe swab for the flu and some rhinovirus as well - are you insane?!?!

Fake tests pandemic not virus [email protected] that's what we have