Americans are eager to get out there and explore new faraway places now that most of the world has reopened. Exciting as it sounds, it’s worth reminding old visa requirements remain in place, even though health-related rules were scrapped. In fact, there are four popular destinations that only accept U.S. passport holders after they have obtained an entry visa.

Usually, the movement of U.S. citizens across the globe is not at all restricted: out of 195, they can travel visa-free or request a visa on arrival (VOA) to 186 sovereign states. This makes the American passport the seventh most powerful in the world to hold, and while it has dropped significantly over the last decade, it still opens many doors.

Interestingly, these trendy countries have chosen to enact a tighter entry regime applying to Americans and other select nationalities:

Straddling the European and Asian continents, Turkiye is famous for its monumental sights – insert here Hagia Sophia, Hadrian’s Gate in Antalya, and the Celsus Library in Ephesus – and vibrant multicultural scene. Unfortunately, Turkiye does not yet allow U.S. tourists to enter visa-free, though the process of applying has been simplified in recent years.

Biometric passport holders can be issued a multi-entry e-Visa for a period of up to 90 days. Applying online, they will be expected to submit their personal information and pay the relevant fee (as of January 2023, it’s estimated at USD $60). Alternatively, they can apply for a regular tourist visa at a Turkish Embassy or Consulate in the U.S. before their trip.

Personally, we would recommend you go with the first option, as it is quicker and more bureaucracy-free, and it will spare you the hassle of traveling to a Consulate, filing paperwork, and potentially undergoing an interview for visa approval. The same requirements apply to Canadian travelers but not the British and most EU citizens, who are visa exempt.

Whether it’s energetic cities that never sleep, off-grid nature retreats, magnificent pagodas, or paradisaical islands you’re after, Indonesia has something of value to you. On the downside, it has yet to fully reopen for tourism, allowing testing-free entry only to the vaccinated, and its visa requirements are stricter for American nationals.

In order to be granted entry into Indonesia, U.S. arrivals will need a visa affixed to an empty passport page. These can either be obtained in the weeks or months preceding their trip at an Indonesian Consulate or upon arrival to the country. We will focus on the latter, which is the easiest route out of the two – and the one most used by tourists:

Essentially, Americans must have at least six months of validity left on their travel document upon arrival, a return or outbound ticket, and a minimum of two pages on their passport without any stamps in order to be eligible for a VOA. At the visa application center, located within the airport, they are subject to an ‘arrival fee’ of 500,000 IDR, or USD $33.08.

*Other than some queuing and filling out forms, the Indonesian VOA process is pretty straightforward and can be completed within minutes

A high-altitude territory shared by llamas and possibly the friendliest people on Earth, Bolivia is one of the most difficult countries for Americans to visit in South America. Here, there are no e-Visa exemptions: the only way to enter is by purchasing a good old, physical visa issued by a Bolivian Consulate in the United States or Bolivian border authorities.

The list of requirements is extensive, but we have rounded up the most relevant information for you: passports must be valid for a minimum of six months following entry; showing proof of a round-trip ticket and pre-arranged lodging is mandatory; all applicants must file an international certificate of Yellow Fever Vaccination; and it costs USD $160 to apply.

Additionally, Americans must register prior to arriving in the country through the online SIGEMIG system. When failing to do so, they may be instructed by border officers to complete their registration as required. Anyone who fails to do so is subject to a fine of 250 Bolivianos — USD $36.33 — exiting the country, though this ‘varies from day to day‘.

*Americans are only granted a 30-day stay in Bolivia, and they may not spend more than 90 days per year in the country

Some of the world’s top bucket list items, from the Great Wall of China to the Forbidden City, are enclosed within China’s borders. Surprisingly, they are not within easy reach of Americans, who not only remain barred from entering China due to ongoing Covid restrictions but will continue facing visa restrictions once the mainland reopens for tourism.

Unless they are only transiting via certain entry points for a limited number of days, without leaving the province – usually up to four – and are able to produce an outbound ticket departing mainland China after this period has elapsed, Americans must submit a visa application through a Chinese Consulate prior to their flight, or they’ll be denied boarding.

If you’re planning on traveling deeper into the heartland of China and remaining in the country for longer than 148 hours, then you have no choice: as soon as borders open, you must schedule an appointment at the nearest Embassy or Consulate, complete a Visa Application Form and gather the travel documentation. A 10-year visa multi-entry visa costs USD $140.

*U.S. passport holders only need visas for mainland China. They may enter the Special Administrative Regions (SARs) of Hong Kong and Macau visa-free.

As seen above, visa requirements can change drastically between countries, and the fact that some destinations allow Americans to enter requirement-free, sometimes up to a whole year, does not mean the entire world is as generous or welcoming – especially when you begin traveling further East. If you’re flying abroad in 2023, don’t forget to: 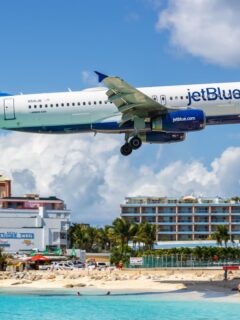 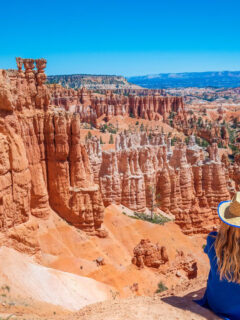 Next
5 Days You Can Visit National Parks For Free in 2023
Click here to cancel reply.