Europe is hot right now, and the proof is in the numbers. After two years of being isolated from the rest of the world as it struggled to manage the health crisis, the continent is now fully open for travel, and the latest barometer for long-distance travel into Europe has just been published, revealing the 4 countries Americans want to visit the most.

Throughout 2020 and for the better part of 2021, U.S. citizens were routinely barred from boarding flights to Europe unless they fit a select number of criteria, such as being European citizens themselves or presenting a vaccine certificate – the latter of which became a requirement after immunization became widespread.

Luckily, all of these curbs have now been dropped, and Americans are taking journeys across the pond in droves once more. More specifically, to these destinations:

What Does The New Long-Haul Travel Barometer Tell Us?

As customary, the European Travel Commission (ECT), which regulates travel across the European Union and associated states, and Eurail BV, the company responsible for the popular European Train Pass, have jointly published this year’s third and final Long-Haul Travel Barometer – commonly shortened to LHTB.

The latest LHTB, which comprises the months of September to December 2022, tracks travel trends across Europe for overseas visitors, particularly in seven of the largest markets: Australia, Brazil, Canada, China, Japan, Russia, and of course, the United States. Before we dive into figures, it’s important to note the ‘appetite’ for travel has markedly increased.

Currently, 56% of Americans coming to Europe expect to take multi-country trips, and thanks to the LHTB, we also know where they have set their hearts on:

What Are The Priorities Of Americans When Traveling To Europe?

The report has also verified that, when going abroad, 35% of Americans prioritize ‘high-quality tourism infrastructure,’ something the above countries excel at, while 33% and 31% value security and prices, respectively. Additionally, they are the ones most concerned with overtourism, with 23% of Americans considering it an important criterion.

In other markets, an average of 16% of the public expressed concerns about overcrowding. Luckily for Americans, some of their favorite vacation destinations in Europe, including Italy and France, have begun limiting tourists due to the phenomenon, as more and more European cities urge Brussels to take action against unsustainable travel.

Soon enough, when visiting Venice, Italy, tourists will be required to pre-arrange their visit and pay an entry fee. Meanwhile, neighboring France has already started to cap daily visitors in some of its most popular attractions, particularly along the French Riviera, a well-sought-after spot for those seeking a European summer experience.

It’s a double-edged sword: a sizable percentage of Americans want overtourism tackled, but they could be affected themselves.

On the bright side, all of the above destinations have no entry requirements in place, and Americans are again welcome irrespective of their health status. Whether they are flying to the mystical British isles or craving a romantic soiree in the City of Lights, they are exempt from presenting any vaccine passports at the border:

With the sole exception of Spain, which still requires unvaccinated Americans to present a negative test, the entirety of the European Union, and even European countries lying outside the group, like the United Kingdom and Türkiye (formerly Turkey), have fully removed their anti-tourism measures.

This has helped instill a desire for international travel in the hearts of many lockdown-wary Americans, who are now the foreign nation with the third ‘greatest rise’ in the ‘sentiment index’ regarding travel plans to Europe. Essentially, the index reflects a ‘dominant sentiment’ shared by travelers in a common market, whether they’re ‘positive’ or ‘negative.’

How Do Americans Fare Compared To Other Big Markets?

Any values above 100 indicate a ‘positive’ sentiment, and U.S. travelers have scored 126 points in spite of the aggravating economic crisis, corroborating previous findings that the average tourist has scrapped the budget. Brazil leads the list with 150 points, followed by Canada (136), two countries with currencies that have been historically weaker against the Euro.

This proves the continent is more accessible now than ever, especially after the Euro hit parity with the U.S. dollar on numerous occasions. When it comes to travel reluctance amid the economic upheaval, Americans were the least sensitive about ‘money matters’: only 30% of them have hesitated to report their Europe trip will be going ahead this year.

In general, Americans still fantasize about the Old World in spite of the cost of living crisis and the skyrocketing winter prices, compared to 55% of Brazilians and 31% of Canadians. Naturally, due to their priorities, Western Europe remains their go-to place. However, if you’re looking to escape the obvious and you’re feeling more adventurous, we strongly suggest you revisit our list of 7 underrated destinations in Europe for 2022. 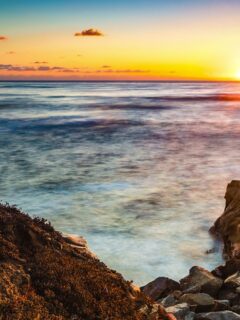 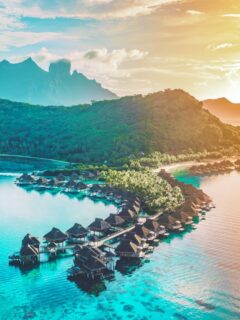 Next
Americans Can Now Fly Nonstop To Tahiti From These 4 U.S. Cities
Click here to cancel reply.