These Are The Most Exciting U.S. Destinations To Visit In 2023, According To Conde Nast

Popular travel magazine Conde Nast has just released a list of the top 23 destinations within the United States they think are worth a spot on your travel bucket list next year. The list spans the country and includes everything from big cities to trendy neighborhoods and unheard-of towns. Each of these destinations claimed a spot on the exclusive list because of its exciting trends and potential that give tourists ample reasons to visit in 2023.

The New England city of Boston, Massachusetts is full of charming neighborhoods, top-notch food destinations, and interesting historic sites. Boston is a small enough city that much of it can be explored by foot, or visitors can easily get around on the MBTA, the country’s oldest subway system. The city is also home to the country’s oldest baseball stadium, public park, and even the nation’s first public school.

While Boston is a place full of history, it is also a place that is constantly evolving. The city’s newest neighborhood, the Seaport District, is a place to keep an eye on in 2023. The posh new district is quickly being redeveloped, and there are loads of new venues, exhibits, retail, and restaurants with openings on the horizon.

Las Vegas is a great year-round destination that always has something exciting going on. Sin City has several new tourist attractions planned for 2023, including the MSG Sphere, a state-of-the-art venue at the Venetian Resort capable of hosting interactive events with 4D effects. The Strip will also become part of the Formula 1 Grand Prix track when the event takes over the city in November.

Las Vegas is easily accessible from around the U.S., and airlines are constantly adding new routes to the city. Tourists will soon have even more options when it comes to accommodation, as there is also another major resort on the way. The Fontainebleau Las Vegas, a 25-acre hotel and casino, will add 3,700 new rooms to Las Vegas, giving visitors even more choices on their next getaway.

Home to the Alamo and other 18th-century UNESCO missions, San Antonio is Texas’s top tourist destination. The diversity of the city’s population, combined with its cultural heritage, has helped San Antonio create one of the most unique culinary scenes in the country. Visitors will find restaurants creating vibrant dishes inspired from all over the globe, with many located along the popular River Walk that winds through downtown.

In 2023, the city’s long-awaited Civic Park at Hemisfair will be completed. The 5-acre park is the centerpiece of a $27 million redevelopment plan that will encompass a promenade, a water feature, and an outdoor event space that can hold 15,000 people and is sure to draw some top acts.

Once a lucrative mining town, Telluride is now better known for its powder-filled ski slopes, popular festivals, and breathtaking scenery. Nestled deep in the Rocky Mountains, the compact town center is easy to get around and has all the essentials one might need during a visit – free transportation, lively bars, and top-notch restaurants.

2023 will be a banner year for Telluride, as celebrations are planned for the 50th anniversary of the ski resort, film festival, and world-famous bluegrass festival. Telluride has long been a festival town – celebrating everything from hot air balloons, mushrooms, yoga, and architecture, each with its own special festival.

The beautiful U.S. Virgin Islands suffered massive losses over the past 5 years, first with back-to-back category 5 hurricanes and then the essential shutdown of its main economic driver- tourism, because of the pandemic. Hotels were flattened, tourists were few and far between, and the economy took a hit.

But the USVI have shown true resilience as they have rebuilt with vigor and made investments to hasten their recovery. Hotels are opening back up with new renovations, and the islands are excited to welcome tourists back to their three festive Carnival celebrations in 2023.

Other Top Destinations To Visit In 2023 Include: 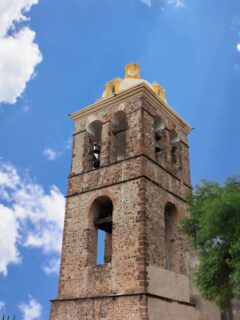 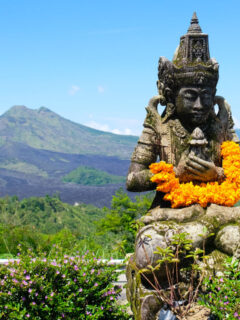 Next
This Will Be Bali's Next Big Cultural Getaway As Canggu Becomes Busier Than Ever
Click here to cancel reply.