Rich in culture, home to stunning nature reserves and where some of the best cuisine in the world can be found, South America is a fascinating destination to explore. On the downturn, social problems, poverty and a high crime index still beset parts of the continent, leading travelers to question: which South American countries are safest to visit in 2023?

Safety is one of the top concerns for Americans going abroad, especially when they are unfamiliar with the local customs and cannot speak the language, becoming more susceptible to scams and robbery. Their worries are not unfounded: petty crimes and violence are becoming a widespread issue in tourist hotspots, irrespective of destination.

South America is no exception, and while there’s a rotten apple or two, contrary to popular belief, it is much safer than it usually gets credit for:

First of all, what is the definition of a safe destination? In order to establish a reliable safety parameter, we have gathered up-to-date data available from advisories issued by the U.S. Department of State, the leading authority in the United States when it comes to risk assessment and travel advice applying to all international destinations.

In sum, the Department of State categorizes countries from ‘Levels’ 1 to 4, Level 1 comprising spots posing the lowest-possible risk and that are, thus, safest to visit, and progressively getting riskier as levels increase between 2 and 4. At Level 4, travel is strongly advised due to serious threat to life, or disruptive events, such as mass demonstrations or civil unrest.

It may come as a surprise to some – after all, the Global South has had a reputation for being a hotbed of corruption and crime – but only a single sovereign state in the entire region has been added to Level 4. All other countries are Level 3 or below, with 3 in particular attaining a desirable Level 1 designation, as seen below:

Beating all odds, Argentina is one of the safest countries to visit in South America, in spite of its political volatility and low economic development, two factors associated with an increase in inequality and urban issues. Fortunately, organized crime tends to be restricted and ities like Buenos Aires and Cordoba stand among the least dangerous down south.

According to InSight Crime, Argentina ‘does not appear to have many homegrown crime groups’, in contrast with other states in the wider Latin American World such as Mexico or Guatemala, and rates of domestic crime seem to indicate violence occurs in a ‘relatively’ small scale, more often than not in the suburbs of large metro areas.

Argentina is also incredibly popular among budget travelers coming from North America due to an advantageous currency exchange rate effectively ‘doubling’ their cash back. Similarly, both Paraguay and Suriname, largely overlooked by visitors, are deemed safe countries to visit, with the exception of certain provinces.

Suriname has no areas for which extra safety advice is given. In Paraguay, however, four have an increased risk of crime, namely:

What About The Rest Of South America?

A total of five South American countries have been added to the Level 2 listing: here, travel is not advised against, but ‘increased caution’ is necessary. In essence, this generally means maintaining a high stiuation awareness in crowded areas, avoiding walking alone in poorly-lit streets at night, and restricting movement to tourist sites and/or central districts.

Even then, a majority of visits is fulfilled completely trouble-free:

Moving down to Level 3, one level short of a no-go zone, travel should be ‘reconsidered’. That has been the case lately with Peru, where political instability has resulted in violent protests in recent months, including the storming of the largest international airport, and the declaration of a state of emergency severely limiting travel across the territory.

On the northernmost edge of South America, Colombia may not be undergoing social upheavals at present, but it is slowly losing its prestige as a tourist-friendly hub. In 2022, 24 tourists were murdered vacationing in the country, whose sprawling cities of Medellin and Bogota have seen the greatest surge in violent and drug-facilitated crimes in recent months:

Venezuela Is The Only Level 4 Destination In South America

Lastly, Venezuela is the only South American country listed under Level 4. The Departmnet of State urges Amerians not to travel to Venezuela due to several reports of:

Once a prosperous state, Venezuela’s growth ground to a halt in the last decade after aspiring dictator Nicolas Maduro assumed power. The continued democratic backsliding has led the U.S. to sever diplomatic ties with the country back in 2019, ‘until further notice’. Naturally, the move has severely limited consular assistance for Americans within Venezuela.

If you’re heading further away this year, don’t forget to check out the 16 safest countries in Africa, and the Europe’s record 28. 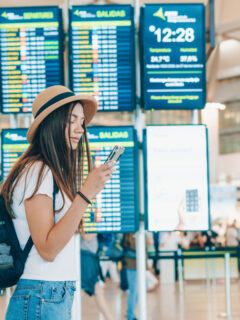 Previous
These 6 U.S. Airports Had The Most On-Time Flights In 2022 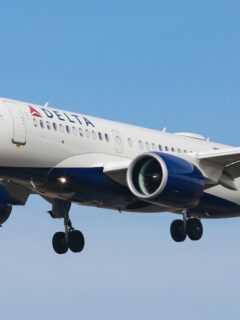 Next
Delta Will Offer Free Wifi To All Passengers With Just One Tiny Catch
Click here to cancel reply.