Jet off to Norway for a long weekend of sightseeing under the midnight sun, head to Berlin for some bar hopping, or travel to Edinburgh for a trip that mixes a cultural getaway in the historic city with inspiring nature escapes to the Scottish countryside. Sound enticing?

Here are 6 new cheap flight options to Europe from the US and Canada that won’t break the bank.

With one-way fares currently starting at $116, cheap travel from New York City to London is possible.

The new low-cost carrier Norse Atlantic Airways is now offering flight deals on the popular transatlantic route between the Big Apple and the Big Smoke. Whether you want to use London as a jumping off point to explore the rest of the UK or other parts of Europe, this flight deal can get you there on a budget.

Make sure to check Norse Atlantic’s website frequently, because more flight routes and deals are scheduled to be announced soon!

Toronto To Edinburgh With WestJet

Canadian airline WestJet has launched a bunch of new flight routes in 2022 and one of the biggest announcements recently was the low-cost airline’s inaugural routes to Scotland just in time for summer travel.

The airline is now offering direct flight routes from Toronto to Edinburgh, and it’s currently one of the lowest airfares from Canada’s biggest city to Scotland. Flights launched last week on June 2nd, and travelers can now book flights on this route until October.

Grab one-way fares on this route starting at $344 (CAD) for the summer.

You don’t need to be on the East Coast to snag a great flight deal to Europe. Another one of Norse Atlantic’s latest deals going on right now is from LA to Berlin, so Los Angelenos can explore Germany’s stylish and historic capital city on a budget.

With a well-connected train route and its central location, Berlin serves as a great base to explore more of Europe if you want to extend your summer getaway this year.

Flight prices currently start at $138 for a one-way fare on economy.

The newest low-cost airline PLAY is currently having a big sale on a bunch of its transatlantic flight routes.

One of the best flight deals right now is from New York to Berlin, and one-way fares on this route start at $129. At this price, there’s also options to fly from New York to the popular European cities of Copenhagen and Dublin.

Flights depart from New York’s Stewart Airport in the Hudson Valley, which is located about 60 miles north of Manhattan.

Whether you’re in or around Los Angeles, Orlando, Fort Lauderdale, or New York, Norse Airways has a cheap flight to Europe for you. The low-cost airline recently launched flight schedule offers a number of discounted direct flight options to Norway’s capital city of Oslo. Here are the details:

The cheapest flight deal happening on PLAY right now is on the route between New York and Reykjavik, Iceland. One-way flight prices start at $99, offering one of the best options for cheap summer travel to Europe right now.

You can check this page for the best deals on low-cost airline PLAY.

To get the best deals on travel this summer, considering traveling light. Most low-cost airlines charge extra for baggage, and while you can get deals on checked and larger carry-on baggage if you buy in advance, traveling with a small carry-on is one of the best ways to pay less for your flight.

Check out this post on why travelers should only go carry-on this summer.

How The New Terminal At LaGuardia Will Affect Your Trip

Previous
The Most Recent Travel Advisories For Your Favorite Caribbean Destinations 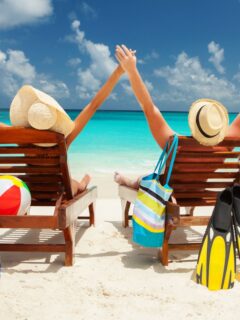 Next
These Are The Top 5 Countries Most Eager To Welcome Tourists Back After Covid
Click here to cancel reply.

While Delta raising their rates by 30% these options are right there! Lol. Bye bye Delta