As the travel industry struggles through the throngs of post-pandemic growing pains, some airports have taken drastic measures to minimize disruption. Airports across the world are seeing massive wait times, lost baggage, flight delays, and cancellations on a regular basis turning the flying experience into a game of chance for most travelers.

Europe, in particular, has experienced significant problems as it copes with the sudden resurgence in travel. Several of the continent’s largest hubs have been under heavy pressure to fix the issues. Blame has been shifted back and forth between airlines and the airports, and both have brought measures in to lessen the burden.

Flight and passenger caps are the primary tools being utilized by airports. Although they may help lessen the issues, travelers may feel the pinch. In simple economic terms, fewer seats and growing demand mean flights from those cities may increase again in the coming months.

Heathrow is the most recent to. Just two weeks ago, the London airport announced that it was capping daily passengers to 100 thousand and went as far as to ask carriers to halt the sale of any further summer flights from the hub. Controversy ensued, and airport bosses were forced to negotiate deals with several airlines that were displeased with the development. The cut is likely to see 350 flights disappear from Heathrow’s schedule a day.

However, it’s been revealed that the cap has been extended until at least the end of October, past the country’s busy October half-term holidays. The airport has cited the continued staff shortages, both in check-in roles and handling positions. Like many airports, thousands of jobs were vacated during the pandemic, and strict security protocols mean rehiring those positions often takes months. The Government has attempted to speed up the process by streamlining the security checks, but a backlog has already built up. It’s important to note that the job filling process is not the airport’s duty but the airlines themselves.

Frankfurt Airport, one of the busiest in Germany, is taking similar steps. The airport joined Heathrow on the top ten list for airports with the most delays and has taken action to avert further problems. Instead of a daily cap, the airline has chosen an hourly one. The hub sought approval from the German travel ministry to lower the number of flights per hour from 96 to 88.

Lufthansa, the German carrier, is the primary airline functioning in the airport and welcomed the news. The airline had already cut several routes to stabilize its schedule.

In the Netherlands, Amsterdam’s Schiphol was one of the first to implement caps. The airport has been on the scene of multiple chaotic incidents, with lines stretching for hundreds of meters outside the airport and mass cancellations. Several major airlines have even pulled out of the hub while problems persist.

Schiphol capped the daily passenger limit at 70 thousand, roughly 16 percent less than its typical figures. The airport was heavily affected, partly due to its reputation as a connecting airport. Thousands of passengers move through Schiphol regularly as part of a more extended trip, making the baggage handling situation particularly chaotic.

Another London Airport, and the UK’s second busiest, Gatwick, also capped flights for the summer. It dropped its daily operational capacity from around 900 to 825 and 850 for July and August, respectively. Gatwick is a popular airport thanks to the presence of the major budget carrier EasyJet, which connects with major airports all around Europe.

Gatwick has not released any updates on whether September will continue in the same manner.

As the travel chaos continues, travelers are strongly advised to prepare for the unexpected. Traveling with carry-on only is a wonderful way to ease the stress of a long flying day, but for some more tips, make sure to read our other advice to help minimize any disruption. 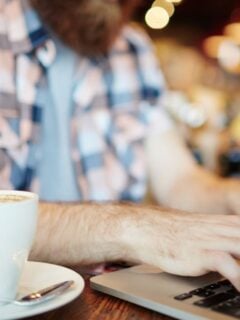 Previous
Most Popular U.S. Cities For Digital Nomads, According To Airbnb 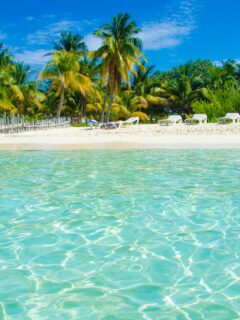 Next
3 New Resorts Opening On This Island Near Cancun
Click here to cancel reply.