The Mexican Caribbean, especially the ever-busy Cancun and Tulum, are not known for being particularly affordable or even relaxing to visit, depending on accommodation choice, with the intense party scene and thousands of beachgoers fighting for the perfect spot in the sun. Luckily, there are a handful of unfrequented resort towns that are not only less crowded but significantly cheaper for tourists.

Now that Americans are no longer subject to strict health checks flying abroad, a record number of them are heading south of the border for their yearly break, smashing records established in the pre-crisis years. The renewed demand is certainly great news for tourism, but on the flip side, both mass tourism and prices have increased in the state of Quintana Roo as a result.

Interestingly, despite its extensive Caribbean coast, tourists usually restrict their movements to Northern Quintana Roo — where Cancun is — only:

This Is Why Southern Quintana Roo Is Ignored By Foreigners

The Mayan Riviera is the top destination for U.S. citizens vacationing in Mexico. Home to sandy beaches, teal-colored waters, ancient pyramids, and a well-developed resort zone, it is an absolute leader in booking trends within the country, registering up to 30 million guests throughout 2022, more than entire countries would have in the same period.

Because of its status as a well-connected hub and arguably the best-equipped airport in the region, Cancun International has the highest percentage of arrivals: it offers links not only to the city of Cancun itself but numerous other smaller towns in the vicinity, such as Playa del Carmen, Puerto Morelos, and the insular municipality of Isla Mujeres.

In short, it is the main gateway to Mexico’s most popular coastal zone, but it doesn’t serve the entire state of Quintana Roo (QR). In fact, the regional capital of Chetumal is located 236 miles south, and while it does have an international airport, it is not nearly as well connected as the Northern competitor:

The only scheduled flights currently depart from Mexico City.

The South Is Harder To Reach, But It’s A Lot More Quaint

Southern Quintana Roo is undoubtedly more challenging to reach, but it also means it sees only a small fraction of Cancun’s overwhelming passenger numbers, in spite of being incredibly more affordable and straddling the same pristine coastline. If you’re looking to escape the North’s crowds and widespread scamming, this is the place to be.

3 Of The Top Destinations To Visit In Southern Quintana Roo

A medium-sized city, Chetumal is known for its lively social scene, modern waterfront, and Chetumal Bay, a sanctuary where local wildlife can be spotted, such as crocodiles and turtles. Additionally, it sits at the crossroads of Central and North America, where several well-preserved Mayan ruins that have not yet been swarmed by disrespectful tourists are hidden.

Within driving distance of Chetumal, you will find the charming, quintessentially Mexican town of Bacalar. It’s not on the coast, but it sits on the shores of a crystal-clear lake lined with family-owned restaurants and cute boutique hotels with a jungle aesthetic. Here, smelly seaweed and overpriced taxis are definitely not a concern.

Similarly, the fishing village of Mahahual, home to a limited number of resorts and development sites, is rising to prominence as a more quaint, cleaner alternative to Tulum. It lacks the latter’s cacophony, Instagram hordes, and potholes, with white, soft sandy beaches that will feel actually soothing to lounge by.

All three will be a lot quieter and potentially much cheaper to travel to this season. The proof is in the numbers: according to Bertha Medina Núñez de Cáceres, president of the Association of Hotels and Tourist Services in Central and Southern Quintana Roo, occupancy in Chetumal, Bacalar and Mahahual are expected to reach between 30% to 35% only.

Calling it the ‘January drop’, Cáceres notes destinations in the southern part of the state could see a 60% drop in occupancy compared to December when 90% of rooms were booked. In other words, only 1,700 rooms across 270 hotels in Othón P. Blanco and Bacalar are expecting guests in early winter, as Americans and Canadians flock to Cancun instead.

Due to a decrease in demand, tourists can expect more competitive prices vacationing South of Cancun, as Chetumal and neighboring destinations compete with the more powerful North. Hotel Casa Hormiga, one of the select five-star offers in Lake Bacalar, has room rates as low as USD $1406 for a week.

In comparison, all-inclusives in Tulum average USD $3000 or above for the same period. There may be fewer flight options to Southern QR, but it is certainly a fair trade-off when you’re saving thousands of dollars on accommodation and other daily expenses while experiencing a truly authentic side of Mexico.

Once the new Maya Train launches this December, the South’s connectivity problem will be a thing of the past: this scenic railway journey will link all the main tourist sites in the Yucatan Peninsula, which Quintana Roo is a part of, including the southernmost tip of the state. For now, visitors have only three options to get there: 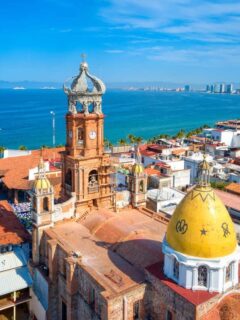 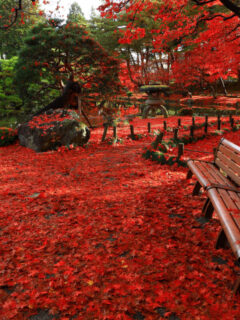 Next
Top 7 Destinations For 2023 According To The New York Times
Click here to cancel reply.

Have you got something to offer us single 60 plus ?

Mahahual is a beautiful town and 10 times better than Cancun, Playa del Carmen and Tulum. We are going there for 1 week and the average price for a nice hotel one block away from the super beautiful beach is only $65.00 dollars a night thru Expedia. Food is amazing and the town is absolutely quiet and relaxing. You can actually walk to the shallow reef. We love Mahahual and plan to buy a beach side condo. Real estate is 75% cheaper in Mahahual than in Tulum!!

Sorry, but these places - like Bacalar - are extremely crowded and also expensive. If you want to go to less crowded (and cheap) places in Mexico then you need to go to Chiapas for example. I don't understand why travelers are so crazy about Quintanoo Roo and Yucatan anyway, they were our least favorite regions in Mexico because of all the tourists. Somehow both end up in every article on this site that is called 'off path'...? (There's a reason they speak English over there... because in authentic Mexican regions they really don't!)

@Kashlee Kucheran, I just went to Mahahual, taxis in there are so abusive, to take us to bacalar they charge me the equivalent to 120 dlls. When in our way back to Mahahual the taxi charge us exactly the half, why?because exactly is a small town where is just one taxi co. Or association and you have no other option. I am mexican by the way....

Resident of Mexico here: I just went to Bacalar in October and December and it wasn't crowded at all, I felt like I had the town to myself, plus it's extremely affordable. I agree with you that there are more undiscovered spots, like Chiapas, I actually lived in Tapachula Chiapas for 1 year. But it's not a Caribbean alternative, as suggested by this article. Chiapas is great, but also has it's pros/cons and limitations