Some of Mexico’s most popular tourist destinations are back under COVID restrictions after a winter holiday Omicron influx saw infection rates skyrocket. The restrictions vary depending on the location.

Mexico enjoyed two months of smooth sailing and record-breaking numbers as millions flocked to their popular seaside cities like Cancun and Cabo San Lucas. But the success eventually caught up with the now second most popular destination in the world.

The New Year saw infection levels grow drastically, putting pressure on local hospitals and the tourism industry as a whole. In response, the government has reintroduced restrictions that the entire hoped it had seen the back of.

Mexico’s response to COVID is centered around its so-called “Epidemiological Traffic Light System”. The government designates one of four traffic light colors to a state, dependent on its infection rate, hospital capacities, and other metrics. The descending scale of restrictions from red, through orange, yellow, and then green, sees maximum capacities reduced, closure of some non-essential services, lessening of public transport, and other social restrictions.

The country of Mexico still has no entry restrictions as a whole, meaning regardless of the designated traffic light color, tourists can still travel to the area. The ‘color’ light will only determine the ability to do certain activities and the capacity of things like hotels or restaurants.

Each State does have the capability to enforce its own variation on the designation.

Despite some other mainstream travel news publications posting about vaccine passports coming to Mexico, that is simply not the full story. More details on that below.

Cancun, one of the few cities in the world to come out of the pandemic in good shape, has been moved from a green designation down to the yellow zone. The State of Quintana Roo also includes popular spots like Tulum and Playa del Carmen.

The yellow zone sees restaurants hotels, attractions, and most other tourist services reduce their maximum capacity to 60%, representing a huge chunk of their potential income for the period. Organized events with over 150 people have been limited to 70% if they are outside, and 50% if they are inside, with all requiring a COVID test to attend.

Hit hardest are the bars and cantinas, which are forced to close for the duration of the yellow light designation. Although it should be noted that some bars are able to work around this by offering food, which many have already positioned themselves to do so.

Combined with COVID-related staff shortages and the reintroduced restrictions, tourists to the area in the immediate future should be prepared for a slightly different experience than would have been expected just weeks ago. Several festivals have already been canceled, and hotels are seeing cancellations or postponements due to concerns over the high infection rates.

Hospitals in the area have reached the upper limits of their capacity in recent days with lines taking hours for those hoping to be seen.

An in-depth look at all potential restrictions in Quintana Roo can be found here. The page is in Spanish, but can be translated.

Many hotels and resorts in Cancun are still very confident in their ability to protect guests and have extended free or deeply discounted rates if they become positive during their stay.

Governor Carlos Joaquín emphasized that the economy will remain open and that the state will not go back to where it was in 2020 with lockdowns.

“We have to learn to live with it, and not think about closing the economy again, we can’t go back home and repeat what happened to us in 2020” Joaquin said. “We confined ourselves, closed the economy and jobs were lost,” explained Joaquín in an official press release from the Quintana Roo Government.

For this reason, the maximum capacity in closed spaces must be respected in order to generate less risk of contagion for the population.”

Mexico’s west-coast tourist powerhouse, Cabo San Lucas has seen even heavier restrictions put in place. The entire state of Baja California Sur is now under an orange designation. The state breaks its traffic light designations down into more specific levels, placing it in a level 3 orange. However, its high hospital occupancy is putting it dangerously close to moving up yet another level.

Currently, its level 3 orange means similar restrictions to Cancun. Essential services will be reduced to a 70% capacity, like supermarkets, pharmacies, etc. Any indoor activities will be limited to 60% capacity, with many other aspects of the tourist experience reduced to 50% capacity.

Anywhere selling alcohol will see a heavy reduction on what it can sell, and bars, casinos, cantinas, and other similar establishments will be closed for the duration of the yellow designation.

If it were to go even further into the orange levels, Cabo and other cities like La Paz could be looking at 40% capacity and below. If the worst were to happen and a red light was required, tourism would essentially halt in the state.

The capital, in contrast to Quintana Roo and Baja California Sur, has managed to remain in the green. Despite it having the most numbers, the percentage in hospitals and overall percentage of the population infected was enough to keep it from teetering over the edge.

It could very easily change by the next announcement, so those hoping to travel to Mexico City should stay very aware of possible developments and take precautions when traveling.

As of right now, its green light designation means that things running as normal in the city with no limits on capacity.

Despite its more favorable traffic light color than other coastal states, the Health Department of Jalisco has implemented some new covid restrictions, that started January 14th. They include showing proof of being fully vaccinated or a 48-hour PCR test to enter large events such as concerts, stadiums, and clubs. However, most day-to-day activities are unaffected by this order.

Many outlets have been reporting about places like Baja California and Jalisco enacting vaccine passports for both tourists and nationals alike, but the stories are somewhat incomplete.

The government of Baja California has suggested places like restaurants may ask patrons for proof of vaccination or a test to enter, but our sources throughout the state said the vast majority of businesses do not intend to side with this voluntary restriction.

Travel Off Path spoke with a popular restauranteur in Tijuana who wants to remain nameless about his opinion on the optional measure. “Why would I want to put up barriers between my and my customers when we have sanitary measures already in place. Most of the people of Baja California have been vaccinated, along with many of our visitors, but I’m not going to ask people to prove it in order to have a meal. As long as the state doesn’t mandate it, we won’t be asking.”

As for Jalisco, several publications wrongfully stated vaccine passports were required for businesses like restaurants, gyms, shops, and hotels, which is false. Jalisco is only asking for proof of vaccination or a recent negative test for clubs, discos, concerts, and sporting events in large stadiums.

In mid-2021 the city of Mazatlan, located in the state of Sinaloa, tried to enact a vaccine passport to enter restaurants, gyms, shops, and other businesses. The implementation lasted just a few weeks before enforcement stopped. As of 2022, only a few large chain restaurants, including McDonald’s and Starbucks, are still asking. All other restaurants, malls, shops, and stores no longer require proof of vaccination to enter.

In summary, vaccine passports are not in effect for the majority of Mexico, but visitors may encounter certain restrictions in the area they are visiting, especially as the Semaforo “Epidemiological Traffic Light System” continues to change. 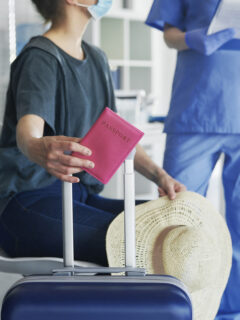 Previous
How Soon Can You Fly Home To The U.S. After Testing Positive Abroad? 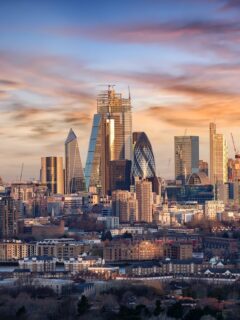 Going to Mexico city MX January 24 through January 31 would like update during this time frame!

Best thing to do is keep checking our site before your trip. We publish daily!