This Caribbean Island Has Just Opened A New International Airport

The Caribbean is home to over 7,000 islands, both big and small, bustling and deserted. Access to some of the smaller islands can be complicated and require several transfers, sometimes by small plane, other times only by boat. That is why when a Caribbean airport opens or is upgraded to allow for more travel, it can have a big impact on the local economy.

Earlier this week, officials in The Bahamas officially opened a new international airport in Great Harbour Cay, located in the Berry Islands. Construction on the new airport took over three years to complete. It replaces what locals referred to as a “shack” that lacked the facilities to revitalize tourism in the area. When counting tourist arrivals by air and sea, the Berry Islands have welcomed over 1.2 million visitors this year, a 65% increase from 2019.

Where Is Great Harbour Cay?

Great Harbour Cay is one of the many “Out Islands” of The Bahamas. It is the largest island in the chain of small “Berry Islands” and is only 120 miles east of Miami. A flight from South Florida to Great Harbour Cay takes about one hour, while a flight from Nassau is just 20 minutes. The Caribbean island is just 7 miles long and home to around 350 residents.

In the 1960s, Great Harbour Cay became a popular getaway for the rich and famous, given its beauty, exclusivity, and close proximity to Florida. But the glitz of the area has worn off over the years, and the airport and other critical infrastructure failed to keep up with the times. The newly constructed airport will make Great Harbour Cay more attractive to tourists once again.

Impact Of A New Airport

Three airlines will bring service to Great Harbour Island. Aztec Airways, Tropic Ocean Airways, and Makers Air all fly direct to Great Harbour from Fort Lauderdale. The hope is that the airport development will increase the number of airlines and flights into Great Harbour Cay. This will have a knock-on effect on local resorts and the island’s economy. The Berry Islands’ economy relies heavily on Coco Cay, Royal Caribbean’s private Caribbean island. Officials see this new airport as an opportunity to diversify the tourist economy and attract visitors from around the world.

Bahamian officials hope that the island’s new airport will lead to an increase in tourism. At a ribbon-cutting ceremony last week, Prime Minister Philip Davis spoke to a crowd. “This is a major development and broad push to revitalize Great Harbour Cay and encourage increased domestic and international air traffic into the Berry Islands.”

The new airport is 9,500 square feet with 4,800 feet of runway and will employ 15 people. Davis went on to say that his government seeks to “decentralize our national wealth and create resilient family island economies.”

The First Of Many

Tourism, Aviation, and Investments Minister Chester Cooper has indicated that the opening of the Great Harbour Cay Airport is the first of many new airports planned for the island nation over the next few years. According to Cooper, new airports are already in the works on Cat Island and Exuma. There are plans in progress for Grand Bahama and Long Island.

Best Things To Do In Great Harbour Cay

While Great Harbour Cay is full of beaches, scenery, and charming guesthouses, it is best known for its world-class fishing. The ocean surrounding the island is home to a deep underwater trench dubbed the “Tongue of the Ocean.” The area attracts a bountiful diversity of marine life.

Many visitors opt to charter fishing boats with experienced guides to see what they can reel in. Tourists to the island also enjoy 7 miles of scenic beaches and beautiful golfing. Visitors to Bullocks Harbour enjoy incredible authentic dining options. Thankfully, the new Great Harbour Cay Airport makes all this beauty more accessible to tourists. 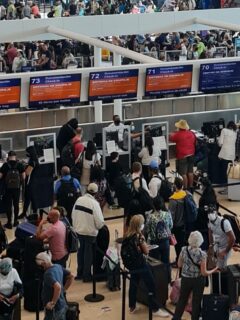 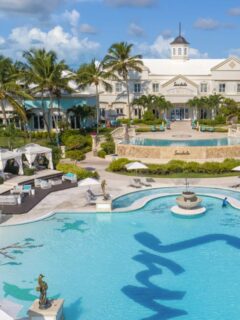 Next
Top 6 All-Inclusive Resorts In The Bahamas
Click here to cancel reply.