Cancun, Cabo, and Puerto Vallarta form Mexico’s triad of world-class destinations, boasting an enviable number of tourist attractions and a well-developed wellness scene. But while they battle among themselves for the title of the top coastal hub, the lesser-known colonial city of Merida is setting new passenger arrival records – and adding to the competition.

Sun and sand are still the main reason why Americans flock to the neighboring nation of Mexico for their winter holidays, but there’s another interesting trend emerging lately that can’t be ignored for much longer: historical tours have exploded in popularity, and this Yucatan gem seems to be gaining the most traction lately.

After two years of slower growth as a result of the ongoing Covid pandemic, Mexico shattered all records in 2022 and delivered its best performance yet, surpassing the already historical year of 2019 and recording an increase of 30% in arrival figures. All Mexican destinations, from the mighty Cancun to the under-visited, increasingly trendy Bacalar, benefitted from the surge.

Interestingly, coastal cities are not the only driving force behind Mexico’s 2022 revival: its rich colonial heritage is finally achieving notoriety after being overlooked for years and has greatly contributed to the diversification of tourism. Out of all post-Columbian settlements, however, Merida stands out as one of the fastest-growing destinations.

Last December alone, 328,750 passengers arrived at Merida International, the busiest month yet on record. Year on year, it has grown 10% since the pre-pandemic era, with a total of 3,092,951 passengers recorded throughout 2022. It marked the first time Merida and the wider Yucatan state breached the 3-million visitor mark.

Back in 2019, the city had hit a previous all-time high of 2.8 million. The landmark moment did not go unnoticed by both airport authorities and the Government, who have been tracking Merida’s rising popularity for months, going as far as presenting a certificate to the 3-millionth passenger, identified as Alberto Flores Torres.

Merida’s connectivity has improved significantly in recent months, with new flights launched to destinations across Mexico and Latin America. Most notably Toluca, Leon and Queretaro, and Flores, in Guatemala. From the United States and Canada, direct flights are available from the following cities:

*These routes are seasonal

Additionally, the launch of the new Maya Train, a Yucatan-wide project linking all main points of interest in the peninsula by rail, will further boost tourism. From December 2023, travelers will be able to board a Merida-bound train from Cancun, Tulum, Playa del Carmen, and other resort towns along the coast making it a lot more accessible.

But other than the improved connectivity, what exactly is behind Merida’s newfound fame?

Visiting Merida Is Taking A Journey Back In Time

The capital of the Yucatan state, Merida, is a picture-perfect city with an incredibly well-preserved historical core that wouldn’t look out of place in the Iberian Peninsula of Europe. Strolling the colorful, lively streets of the Old Town, which have remained virtually unchanged, you’ll be transported back in time to the 16th century.

Namely, the age of discovery, territorial disputes, and Transatlantic trade, when Merida flourished as a valuable European asset on this side of the pond, built on top of a much older Mayan settlement. The most striking edifice, the fortified Merida Cathedral, was actually built using dismantled parts of Mayan temples, an everlasting symbol of the brutal Spanish Conquest.

Other important monuments include the traditional homes lining the Paseo de Montejo, once owned by the Yucatan elite, and countless palaces housing world-class art collections and relics of inestimable value. Outside Mexico City, visiting Merida is the closest one could get to bearing witness to Spain’s imperial grandeur.

In sum, Merida is an amalgamation of all Mexican cultures and a major cultural center in Yucatan: here, guests will find both Catholic shrines and Mesoamerican archaeological zones, restaurants serving traditional food – not the industrialized tacos sold within tourist complexes in Cancun – and a plethora of museums that shine a light on the region’s fascinating History.

Other Incredible Colonial Cities You Can Visit In Mexico

All across Mexico, colonial cities are rising to prominence as the country’s top tourist offer, as a direct response to the waning popularity of overpriced, overcrowded beach towns like Tulum, which some would argue lack authenticity, and as interest in cultural expeditions and meaningful experiences is renewed in the post-Covid era.

Among other beautiful colonial destinations in Mexico, we have: 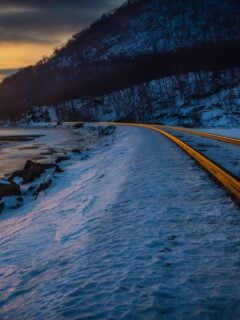 Previous
These 2 Incredible New York Train Rides Are Now Buy One, Get One Free 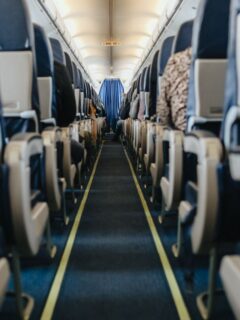 Next
4 Reasons Why Airplane Seat Reclines Are Disappearing
Click here to cancel reply.