Delivering on an ambitious promise to improve waiting times at Cancun Airport, Mexico’s Secretary of Tourism Miguel Torruco Marqués has proudly announced a considerable reduction has been achieved due to reinforcement in personnel. Now, visitors will no longer have to wait for hours until they are through security during peak seasons.

Pandemic or not, Cancun Airport has always been a hot mess of a hub. Handling millions of passengers every day, it is one of the world’s busiest airports and the main gateway into Mexico’s famous Riviera Maya, which encompasses Caribbean beaches, all-inclusive resorts and famous archeological sites.

As a result, it is permanently in high demand, making management at Cancun Airport extremely challenging:

Waiting Times Reduced By As Much As 30% In Terminal 2

After vowing to tackle the infamously long waiting times and border bottlenecks tourists have experienced when flying to Cancun, Mexico has been quick to act and now promises visitors a much smoother experience when flying to Cancun. The news were shared by the Secretary of Tourism Marqués, who detailed the achievement.

According to Marqués, during January and April of this year, a total of 3,323,657 passengers transited Cancun Airport, making it one of the busiest in the post-Covid era. While this could have easily meant chaos, as other international airports are noticeably struggling with staffing constraints, Marqués candidly shared Cancun’s secret to success.

Thanks to the cross-referencing of data with ASUR, the operator behind Cancun Airport, authorities have been able to determine what the busiest hours of the day will be in advance. Once those are identified, more personnel is then deployed to the busiest terminals, ensuring arrivals are fast-tracked through the border.

Now, tourists arriving at Terminal 2 can expect a maximum wait time of 60 minutes, or only an hour, as opposed to the original 90 minutes, reducing waiting by 30%. The average waiting time was also reduced from 12 minutes in March to only 7 minutes in April, indicating a progressively speedier screening process.

While Cancun Airport’s Terminal 2 was opened only two years ago to help the complex cope with an unprecedented demand, it did not prove immune to saturation, especially when Cancun as a whole is effectively sold out for summer. However, with the cross-referencing of data and other measures adopted to improve screening, waiting lines are already much shorter.

What About Other The Other Terminals?

Marqués also shared figures for Cancun Airport’s other equally busy terminals. According to him, Terminal 3 has experienced a reduction in waiting time between March and April from 15 to 13 minutes. Although the drop was not as pronounced as Terminal 2, it is also evidently showing signs of improvement.

As for the maximum waiting time, which indicates how long customers can expect to wait until they receive clearance in a worst case scenario, such as during peak times, Terminal 3 has had a reduction of 25 minutes. While previously visitors could have waited up to 82 minutes until they got past security, now the new average is 57 minutes.

Out of the terminals, Terminal 4 has had the least impressive performance, maintaining a previous average wait time of 8 minutes, while the maximum wait time has fallen by a negligible 2 minutes, from 56 minutes in March to 54 minutes in April. Regardless, it also improved processing, though at a much slower rate when compared to Terminals 2 or 3.

As for the ever-busy Terminal 1, Marqués did not share any data, reaffirming instead the government’s commitment to improving the tourist experience, not only during their vacation proper, but from the minute they land in Mexico. Ultimately, no one wants to spend the first hours of their trip waiting their turn in an endless line.

Entering Mexico Via Cancun Is Set To Become Much Less Stressful

Recently, Cancun Airport made it a top priority to streamline border control for travelers, and seems to be succeeding in its endeavor. Out of the tourists most likely to benefit from the significant reduction in wait, American citizens make up the vast majority, as a whopping 57% of all international arrivals into Cancun hail from the United States.

Now, these Americans can expect a much easier and relatively faster screening process when flying to Cancun, as both Marqués and the Mexican government are ensuring visitors have the best possible experience once they arrive. After all, in his own words, a tourist’s first impression going through border control is also ‘their first impression of Mexico’.

How Travelers Should Prepare For Busy Airports This Summer 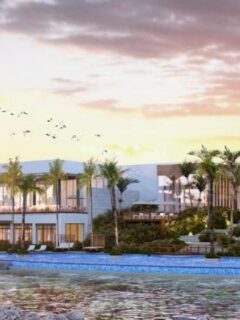 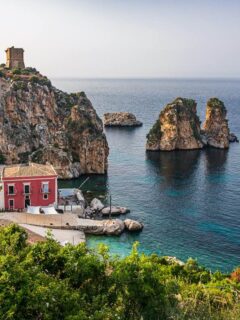 Next
Top Summer Destinations 2022 For U.S. Travelers According To Airbnb
Click here to cancel reply.

cancun airport left a permanent distaste in my mouth. 3 full flights of passengers arrived to passport control at the same time and only one worker was there while the rest were behind sipping coffee and chatting

@AyL..People tend not to display professionalism these days. If I were one of the people who was bogged down by so many people, I'd be yelling at the lazy people to get to work!