2022 has been the year of travel chaos in Canada. Besides a record number of flights getting canceled, especially over the summer, one of the biggest complaints has been the mishandling of luggage. The issue has affected several airlines, but there is one, in particular, that is most likely to lose your luggage on flights into and out of Canada.

The situation may have normalized since July/August, when piles upon piles of bags were ending up unclaimed at the wrong landing points, thousands of miles away from their owners, but this has been largely attributed to a drop in passenger numbers during the fall, as opposed to an improvement in the quality of the services provided by carriers.

Regrettably, Canada’s travel woes could resurface as soon as demand spikes again. When they do, this is the company you’ll want to avoid:

Ironies aside, the worst Canadian airline for luggage loss is not a low-cost selling as many cheap seats to sunny Cancun as they possibly can, nor a recently-launched carrier that has yet to build a reputable profile among its peers: instead, it is none less than the nation’s own flag carrier, and its largest airline by both size and number of passengers.

As published by the Toronto Sun, Air Canada is the airline most likely to lose their customer’s belongings. Thanks to research conducted by CasinoBonusCA, which looked at the number of lost luggage reports per one million passengers in a five-year period, we can now estimate the likelihood of being affected flying with any of them.

Including data from not only 2022 but also the four years leading up to it, the report paints helps paint a bigger, clearer picture of an airline’s year-on-year performance in regard to luggage handling. Air Canada has had 3,192 complaints from passengers who were separated from their items in the reference period. This includes lost luggage at departure or at arrival.

The Chances Of Losing Your Bag Are Still Low, But Don’t Count On Air Canada To Assist You If You Do

The best thing about this study is that it precedes the 2022 aviation crisis, often used as an excuse by airlines refusing to redress their own internal problems. Interestingly, Air Canada has been one to deny passengers refunds on delayed and canceled flights by opportunistically classifying staff shortage as a ‘safety issue‘.

Since 2018, they have carried over 43 million passengers, meaning the chance of losing your luggage per one million passengers is still only 0.89%. It doesn’t seem like a lot at first, but then we must remember the company’s shameful record of delays throughout 2022 and its lack of transparency when it comes to settling refund claims.

This mix of missteps and unfounded claims have not gone unnoticed by Skytrax, either. This year, the airport ranking company did not add any Canadian airlines to their top 20 of Best Airlines globally, further singling out Air Canada as a weak competitor. Yes, the chances of losing your bag are extremely low, but this does not mean the data cannot be considered by passengers booking flights to Canada in the high season.

The carrier has reported some improvements since summer, but after experiencing firsthand the chaos they commanded from June through August, many Americans and Canadians are wary of booking Air Canada flights out of fear they will not be able to cope with a higher influx of travelers in peak months (once again).

Which Other Canadian Airlines Were Cited In The Research?

Back to the research in question, there were at least four other Canadian airlines cited:

Infectious viruses and travel restrictions may no longer be a concern for a majority of Americans and Canadians flying abroad, but now that travel demand has skyrocketed, and the industry has yet to rise up to the challenge, struggling to hire enough staff and losing track of items, travelers must be prepared for a worst case scenario. 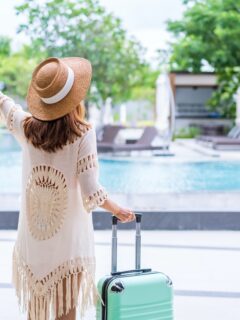 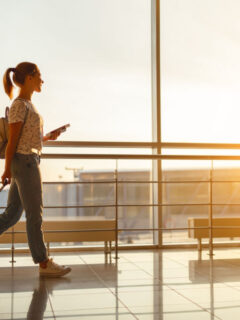 Next
This Is How Early You Need To Arrive At These Major U.S. Airports
Click here to cancel reply.

Well I just received my Air Canada baggage here in Vancouver. Eastern Europe to Vancouver via Munich and Toronto. Baggage was checked all the way through. I don't blame the airline for the transport mishap as there were serious delays out of their control in the week prior to the flights. The problem is that they do not keep you up to date once you report missing baggage. Indeed you get the impression that you have been abandoned. In fact, I believe they are working hard in the background attempting to rectify the situation, but I believe there is a long queue.

I say this because I had absolutely given up and was ready to purchase replacement for all the stuff in in my suitcase, including expensive medications. I am figuring somewhere between $1500 and $2000 to replace my things. Just as I was beginning to scan replacement items and doctor appointments, I heard a knock at the door late in the afternoon.

The bag arrived none the worse for wear. So it had been out there in the system for 14 days but I could get noone to tell me where it was. There was a long wait to contact their baggage line, but I was actually able to get through. I had real difficulty with non-English as first language people working that phone. I do not know if they were working out of Toronto or Mumbai. It doesnt mean they were not competent, it means I had real trouble understanding what was being said to me.

In any case, I give AC credit for having delivered the baggage. The communication you need when that happens, however, is broken. They need to fix that as the bad taste that leaves completely counters the hard work of baggage tracers. Not good enough AC.

Every potential passenger should think hard before booking a flight with Air Canada. This airline lost both my pieces of luggage and I found myself trapped halfway across the globe with literally the shirt on my back and nothing more. Air Canada personnel at the airport were rude and unhelpful, and efforts to reach the airline's lost-luggage help desk have been fruitless, as I've spent well over 3 HOURS on hold before giving up and hanging up the phone. It's beyond outrageous that these people are allowed to remain in business when they continue ruining their customers' long-planned vacations, refuse to answer calls from the passengers they victimize, and run away from any accountability for their gross negligence. I'm thoroughly disgusted with Air Canada and will never trust them again. This airline deserves to fail and fade into history.

I can ttest to this! Happened late Oct. Took them nearly 72 hours to deliver it to me from Vancouver. Had my work shoes inside! Suitcase arrived damaged and had to throw it out! It was a beautiful hardshell designer case

Wow - big surprise, Vinicius. Thanks for the info.