This year, the cost of travel skyrocketed, influenced by a post-Covid pent-up demand and the global recession. In general, flight tickets have been a lot more expensive than they were in the pre-pandemic years. Fortunately, the situation isn’t as dire in some airports, particularly this one U.S. hub, which has, on average, the cheapest international flights in the nation.

While the U.S. wasn’t nearly as badly affected as other global destinations were – we have all borne witness to or were even caught up in the summer of European travel chaos – airlines based in the country still struggled to keep airfares from rising amid the rising cost of fuel and other operational issues.

That being said, you’re most likely to find better flight deals when choosing this airport as your departure point:

The East Coast Reigns Supreme As A Cheap Departure Point

According to Scott’s Cheap Flights, a subscription service focused on finding the best travel deals, New York’s John F. Kennedy International Airport (JFK) is the best for cheap international flights in 2022. In order to reach this conclusion, the team’s experts analyzed data from thousands of their own emails sent out during a one-year interval.

More specifically, the group looked at data from 182 U.S. airports, and they have their own criteria for selecting truly attractive deals: in spite of their popularity for cheap flights to sunny destinations, they exclude budget airlines, including Spirit, Frontier, Allegiant, and the like, ‘super-last-minute’ deals, irrespective of airline, and flight routes that are ‘terrible’.

Scott’s Cheap Flights claim they send their subscribers flight alerts with an average of $550 in savings, and based on their experience, it’s true that ‘geography counts’ in terms of cheap flights. For this list, they have assessed airports offering the most frequent and least frequent deals on Economy Class, serving metropolitan areas with a population of at least 700,000.

Based on the above, JFK was the number one U.S. airport for economical international flights. Located on the Northeastern coast of the U.S., it offers some of the shortest flight routes to Europe – the closest European country to New York, Iceland, is a short five and a half hours away – as well as other easy nonstop links to Central and South America, Africa and beyond.

If you’re living on the West Coast, you’re probably aware how reaching the European continent or popular Caribbean hotspots from hubs in Los Angeles and San Francisco takes much longer – and as a general rule, the longer the flight route, especially when there are multiple layovers involved, the more expensive are airfares*.

Although San Francisco does feature on the list, specifically at a much lower yet still respectable number seven position, it stands out as the only West Coast city among a collective of Eastern hubs. When it comes to JFK, it may not be the most connected U.S. airport out there, but it still has ‘a ton of planes’ departing daily.

The team at Scott’s Cheap Flights believes that JFK’s abundance of routes and airlines operating from its terminals mean ‘a whole lot more deals’. In numbers, more than 70 airlines fly into New York’s busiest airport every day, connecting the global city to over 110 destinations worldwide and six continents.

Judging by their own database, they have reported on more deals for international Economy Class tickets on flights leaving from JFK than ‘any other airport’, and ‘nearly 10% more’ than the second best on the list – the competing Washington Dulles. Here, the average price for Economy fare deals on non-domestic routes is $413 roundtrip.

In total, between August 2021 and August 2022, Scott’s Cheap Flights readers received 475 flight deals out of JFK, against the runner-up Washington Dulles’ 433, and 423 for the third-best placed, Chicago’s O’Hare International. Interestingly, the eight-best Miami International had the cheapest average price, at $394.

Its lower charting position can be attributed to the far fewer deals it posted in the twelve-month timeframe compared to other hubs in the top three tiers, most notably JFK. The number of deals out of Miami were 375 against JFK’s 475. The latter still saw an average price of $413, only $19 more expensive.

From New York, some of the best deals in this period have been:

Find some of the best travel deals for U.S. citizens going abroad this fall by clicking on this link. 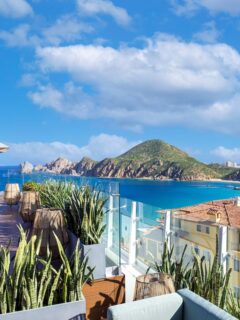 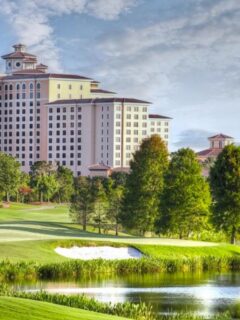