Travel is chaotic this year, there’s no getting around it. Every flight you book has the potential to misfire, and every piece of luggage you check is a potential loss. But of course, after two years of lockdowns and border closures, nothing is stopping us from getting out to explore the world.

But when checking a bag is such a risk, should we be flying carry-on only? The answer is probably yes, even outside of a post-pandemic rebound. It saves you time and hassle and actually helps you out in the long run by simplifying the things you bring. But sometimes, it’s just not possible to minimize that much, and checked luggage is the only move.

Scenes from airports like Heathrow and Schiphol have shown mountains of luggage left near the carousel, some not showing up for days after the owner does. When luggage is left sitting for a few days, it often gets taken to warehouses or other parts of the airport for storage, making it extremely tough to find again if it falls off the system.

Luckily, tech has been coming to travelers’ rescue when their bags don’t arrive at their destination. Apple AirTags, and a number of other tracking devices have made the process far more straightforward, allowing customers to bypass the miles of systematic redcap that often stand in their way. It’s also providing an excellent safeguard while traveling if the worst happens and something is stolen.

The tiny device utilizes Bluetooth to detect any iPhones within a certain radius – roughly eight hundred feet – and generate a GPS location based on the proximity of those phones. With iPhones one of the most popular handheld devices on the planet, one is never far away, and the owner of the AirTag can safely assume their item is somewhere close to the GPS pin.

Multiple reports have shown the Airtags helping frustrated passengers whose bags have seemingly vanished into thin air. Moreover, they also highlight the disconnect between the airlines and handlers.

One user flying from Canada to Dublin was notified multiple times that his bag was in Dublin and would be with him soon. But a glance at the AirTag app found the bags still in Montreal. It took several days for the bag to move, but was able to locate them once they arrived.

Another case in the UK saw a recently married couple returning home from a honeymoon to find all three of their suitcases missing. She was immediately able to see that the bags hadn’t made it onto their second flight and were still in Frankfurt. She was able to notify the airport, who confirmed they would be delivered the following evening. Only two turned up.

Another check on the app found the bag had been delivered to the wrong address in London. The airport wasn’t immediately able to do anything about it, so instead, the couple called the police who were able to retrieve the suitcase from the point shown on the map.

Although many have successfully found their bags, some have found themselves almost taunted by the accuracy of the tags. One American golf tourist found his clubs had not made the journey with him and were still on the tarmac at Newark Airport.

He spent the rest of his vacation watching the bag make strange trips back and forth across the UK from the north of Scotland to the English Midlands. He can still see where the bags are, but has been unsuccessful in getting the airline to sort the problem. Although they can’t always solve the problem, they do provide some semblance of hope as the location is always available.

But what if you don’t have an iPhone? While AirTags may be the best option right now, thanks to iPhones popularity, there are several alternatives for other types of phone and some that aren’t tied to any model.

For Samsung loyalists, the SmartTag or SmartTag Plus is an almost identical product. It functions in the same manner as the AirTags, connecting with nearby Samsung phones to provide a GPS location. Huawei also has its own version, although these phones are uncommon in the US.

If you don’t want to be tied to a phone make, or maybe you and some friends or a partner have different items you want to track together, Tile are one of the best in the game. They’ve been producing trackers for years and have only been getting better with time. They have multiple options from larger ones that fit in luggage, to slimline ones that slip into card slots in your wallet. They make a great alternative and have several upgrade options including insurance.

Cube and Chipolo both also offer similar products. Cube has an expensive GPS option, that will provide more accurate readings than any of the other products combined, as it doesn’t rely on other phones to generate a location. It has its own built-in GPS, meaning you’ll never lose track of your items.

Whatever options you go for, a tracker should be one of the first things you purchase before traveling this year. 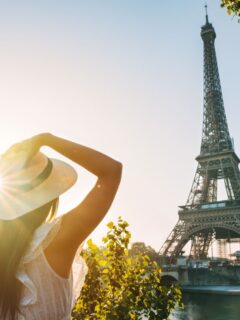 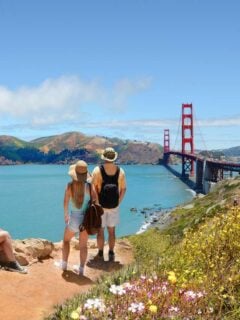