Siam Park, a popular waterpark in Spain, has been ranked as the best theme park in the world by Tripadvisor. The park has won a Traveler’s Choice Award designating it as not only the world’s best waterpark, but also the best amusement park overall. Siam Park has held the title of the world’s best waterpark for eight years in a row, but 2022 is the first time that the park has been designated as the best amusement park overall.

Tripadvisor gives its Traveler’s Choice Awards based on ratings given by visitors, making it clear that Siam Park is a popular choice for vacationers from all over the globe. The park was designed by Christoph Kiessling, who took inspiration from Thailand. When roaming the park, guests are met with Thai-style buildings, a floating market, Thai food, and streams teaming with tropical fish.

Siam Park is located in Tenerife, Spain, which is one of the warmest Canary islands in the winter, making it an ideal getaway any time of the year. And just in case guests show up on a day that happens to be on the cooler side, the park keeps its water heated to 75 degrees Fahrenheit (24 Celsius). Upon entry, guests are welcomed by the resident park sea lions. The park is open daily from 10 am to 6 pm, and the best time to show up is opening time before the crowds arrive. For travelers heading to the park for the first time, buying a ticket ahead of time is recommended and will save time when entering the park.

The park has many attractions that will suit everyone, from adrenaline junkies to families with small children. The Lost City is a section of the park designed for kids and even has a specific area for infants. Beach chairs are set along the edges of the Lost City for parents to keep an eye on their little ones while relaxing. Another area specifically for kids is Sawasdee, which includes four small-scale versions of the park’s more popular slides.

For the thrill-seekers, the Tower of Power is undoubtedly the most adrenaline-filled attraction in the park. The slide has a height of roughly 90 feet and features a near-vertical drop that propels guests to nearly 50 miles per hour. The end of the descent takes guests through the middle of an aquarium filled with sharks and stingrays. After surviving the shark encounter, guests can head to Singha, a 780-foot-long water rollercoaster that reaches speeds up to 40 miles per hour.

After chasing thrills on the park’s many slides, guests can wind down at the Mai Thai River, the park’s lazy river. There are two routes to take on the river, with the main one lasting about thirty minutes. If desired, a faster route that goes through a tunnel under the shark aquarium can be taken. Once the lazy river has washed away the last bits of adrenaline left from the slides, guests can head to the Wave Palace to enjoy the waves that can reach up to roughly 10 feet to get their hearts racing again.

There is a multitude of experiences to fill the day at Siam Park, and guests of all ages are welcome. Lockers are available for rent, with small lockers starting at 3 euros. Action cameras are allowed for guests who like to document their travels, but only if wearing a chest strap attachment. Flip-flops are not permitted on rides, but water shoes are acceptable and can be purchased in the Floating Market shops. For those who run cold despite the heated water and warm temperatures of Tenerife, wetsuits are available for purchase and rent for 25 Euros and 5 Euros, respectively.

With its stunning décor, thrilling rides, and family-friendly atmosphere, it’s no surprise that Siam Park has continuously been rated as the world’s best waterpark. With the newest accolade of being named the world’s best amusement park overall, it will surely continue to grow in popularity. 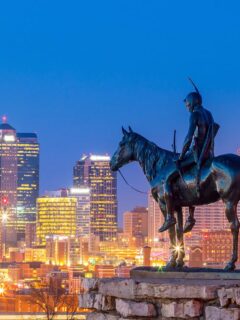 Previous
This U.S. City Was Named The Best In The World For Remote Work 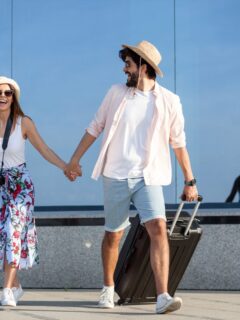 Next
Americans Can Travel To These Destinations Without A Passport
Click here to cancel reply.

We visited Siam park the day before yesterday. This was our second visit after a four year period. The park is indeed everything mentioned, and more. Two points worth mentioning: 1. The park's age is starting to be felt. Especially in the kids' areas like the lost city. Some of the equipment is rickety. 2. There are huge portions of time spent waiting in line, starting with the cashiers at the entrance, then the line to scan our tickets to enter the park, and last the teller at the locker rooms. The park is open for eight hours, we spent more than an hour in those lines. I was really hoping they would have done something about it. Bear in mind, we visited the park at the end of november which is off season.