Top 10 U.S. Destinations From Movies That Will Inspire You To Travel

Whether you’re watching the 1974 Robert Redford movie or the one with Leonardo DiCaprio from 2013, The Great Gatsby will make you want to tour New York. While you can’t go back to the past, whatever the characters in this film might tell you, you can still see many of the New York locations shown in the films.

The Hempstead House in Sands Point, New York is the home most often cited as being the original inspiration for Jay Gatsby’s mansion. The famous Plaza Hotel also features as a filming location in the movie.

This Tom Hanks’ classic from 1994 showcases much of America. From historic Savannah, Georgia to the running scenes in the movie filmed all across California, the landscape of the U.S. is on display in Forrest Gump. Even the scenes that are supposed to be taking place overseas were actually filmed on islands off the coast of South Carolina.

Many of the monuments and landmarks of Washington D.C. are also shown in this movie that really makes America the destination rather than one specific spot in the U.S.

This movie that follows a pianist and his driver through the eastern United States shows its viewers plenty of beautiful U.S. locations. Much time in the movie is spent in and around New Orleans. Visitors to the New Orleans area will find that music has long been a large part of the culture.

The night life and artistic communities of New Orleans take center stage in this area, and visitors will find many festivals, great restaurants, and plenty of musical adventures to fill their time. The famous Carnegie Hall in New York City even makes an appearance in this film where the American landscape and the music that has come out of the U.S. is shown off.

No movie shows off Chicago quite as well as the John Hughes 1980s movie, Ferris Bueller’s Day Off. The characters travel all over the city after ditching school, taking the viewers with them on this fast and fun Chicago tour. The most famous Chicago location that Ferris Bueller visits in the movie is probably Wrigley Field.

Visitors who want to spend a day off in Chicago can enjoy the iconic food of the area, like the deep dish pizza and hot dogs that Chicago is famous for, along with high-end dining experiences. Chicago is also a city of can’t-miss museums, like the Art Institute of Chicago that can be seen in the movie, and nonstop nightlife.

This high-suspense Alfred Hitchcock movie from 1958 moves across the U.S. from New York through Chicago, finally landing in Rapid City, South Dakota. You’ll see shots of the famous Mount Rushmore in the movie as well as a lot of other beautiful shots of the South Dakota landscape.

Although the famous crop duster scene, where Jimmy Stewart gets chased through a field by a plane, was actually filmed in California, you’ll see a lot of familiar spaces in South Dakota. There are lots of things to do in South Dakota for travelers who want to see the locations from North by Northwest. The historical and archeological tours in South Dakota are particularly interesting.

6. One Night in Miami

Like the name would suggest, this movie takes place in Miami. While much of the filming took place in New Orleans, as its historical buildings were a better fit for some of the scenes in the film, the movie shows off the Miami of the 1960s.

Miami has long been a desirable destination. Visitors to Miami will find the iconic and stunning beaches that Florida is known for. But Miami is also famous for its vibrant nightlife, from its comedy clubs to its bars and restaurants.

This fun and star-studded heist film famously shows off Las Vegas. Las Vegas is known mostly for its casinos and larger than life culture. And the casinos of Las Vegas are certainly prominent in Ocean’s Eleven. The beautiful Bellagio is particularly heavily featured in the film.

But there are also great outdoor destinations surrounding Vegas! Off-roading, hiking, and boating at Lake Mead are some of the many popular outdoor activities near Vegas.

This beloved Tom Hanks/Meg Ryan rom-com starts in Seattle and ends at the top of the Empire State Building. The northern part of Seattle is shown-off beautifully in the film. The North Cascades National Park and the San Juan Islands are just two of the many stunning features of the northern Seattle area.

There are so many things to do in the Seattle area. Whether you’re into the art scene or like strolling around downtown, Seattle will not disappoint.

9. Once Upon a Time…in Hollywood

Quentin Tarantino’s latest film, Once Upon a Time…in Hollywood, is really a tribute to 1960s California. The movie takes its viewers through some of the most iconic places in LA. Hollywood’s oldest restaurant, The Musso and Frank Grill, makes an appearance, as does the Regency Village Theater, which has been designated as a Los Angeles Historic-Cultural Monument.

This movie about two friends spending time sipping wine in California shows off wine country at its best. The Sandford Winery specifically is featured in a wine-tasting scene in the movie. People who want to visit the Sandford Winery can schedule an outdoor tasting and even bring their pets along to this dog-friendly vineyard!

The Los Olivos Winery and Café makes an appearance as well. You’ll also see the Firestone Vineyard and the Lompoc Farmer’s Market in the film. 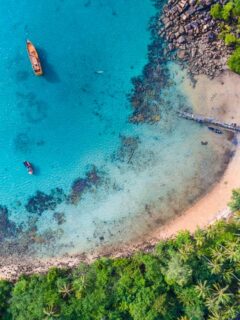 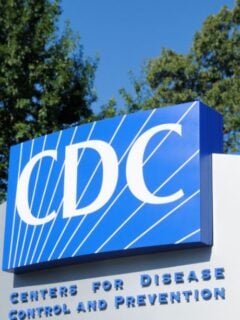 Next
CDC Says Vaccinated Americans Are Safe To Travel In The US and Abroad
Click here to cancel reply.

It was Cary Grant, not Stewart, in North by Northwest.

I've actually done the "Sideways" trip a couple of times over the years, will again this fall (one of the few benefits of living in LA). The Santa Ynez valley is stunning in the spring and fall with tons to do and see. Visited most of the wineries in the movie, along with all the restaurants. The Hitching Post II, AJ Spurs, and the Los Olivos winery (which is by far the best) are all very good. The farmers market is a bit out of the way, but doable. Do stay in Solvang instead of Buellton you will thank me afterward. There is also the Chumash casino just outside of town if that's your thing. Oh and if are you in Hollywood, do eat at the Musso and Frank grill. It really is like stepping back in time (plus the food is pretty good).