Top 3 Mayan Ruins For A Day Trip From Cancun

Part of the reason why Americans love Cancun so much is the vast cultural wealth of the Mexican Caribbean. The pristine coastline retains much of its pre-Columbian mysticism, being home to an overwhelming number of temples, pyramids, and even ancient forts. With so many landmarks to choose from, what are the top 3 Mayan ruins for a day trip from Cancun?

Thanks to recent data published on the number of visitors to each of these locations, now we know for sure:

The Magic Of The Yucatán Peninsula‘s Mayan Ruins

Gathering the latest statistics provided by Datatur, a branch of Mexico’s Secretary of Tourism responsible for tracking tourism trends across the country, we came to the conclusion there are three ruins in particular within the Yucatán Peninsula, where Cancun is, that attract the most visitors.

While they are not necessarily the top three on the official list, which applies to the whole of Mexico, they are the highest-charting landmarks in close proximity to Cancun. More specifically, less than two and a half hours of driving. Ruled out by their distance, the ageless gems of Chacchoben and San Gervasio are not included here:

An absolute leader in its subcategory, not only in the Caribbean region but the entire country, Chichén Itza comprises the ruins of a large Mayan city. Here, some of the best preserved Mayan monuments of the Terminal Classic period can be found, including the iconic Temple of Kukulcán, a step-pyramid built as early as the 8th century.

Despite being a popular day trip from Cancun and other Quintana Roo development areas, Chichén is, in fact, located in the neighboring state of Yucatán, named after the peninsula itself. Roughly 196 km away, or a two-and-a-half hour drive from the city, the complex offers vacationers a rare glimpse into the golden age of a bygone empire.

When it comes to arranging a visit, there are numerous tour companies offering daily excursions departing from Cancun, and some even include a stop in one of Mexico’s trendy Pueblos Mágicos. Entry costs 571 Mexican pesos or the equivalent of US$ 29.25, and the price may or may not be included on tours.

A major cultural destination, the ruins of Tulum, formerly an important port in primeval times, is officially the second best-selling Mayan activity in the peninsula. To an extent, it takes the number three spot in Mexico overall, behind the aforementioned Chichén Itza and the majestic pyramids at Teotihuacán, close to Mexico City.

When choosing to stay in Cancun, either due to the diminishing charm of Tulum or simply the convenience of being in a well-serviced metropolitan hub, travelers can easily hop on one of the ADO buses, operating services between both hubs multiple times a day. Alternatively, they can explore the area as part of a guided tour.

Either way, the journey to the bucket-list archaeological zone shouldn’t last longer than two hours. On the downside, judging by recent price hikes in the area, we would advise our readers to be careful when booking day trips to Tulum, or else they could fall victim to scamming, as reports of tourists being overcharged by transportation providers are becoming widespread.

The entry fee into the ruins is 80 pesos, which works out to be about $4 USD.

The third-highest charting Mayan ruin under two hours away from Cancun, Muyil is one of the oldest Mayan cities on the Yucatán Peninsula, with some of the artifacts unearthed in the vicinity dating as far back as 350 B.C. The most famous features of Muyil are its steep pyramid, a prime example of Peten architecture, and the Sian Ka’an lagoon.

In the Mayan language, Sian Ka’an translates as ‘where the sky is born‘, and we can surely understand the heavenly appeal. Dotted with open-air, turquoise-blue cenotes and guarding a diverse fauna and flora, this natural reserve and swim-friendly lagoon helps attract sun-seekers as much as the old city itself, sitting on its shores, draws in History buffs.

The best way to get to Muyil is taking a guided tour from Cancun, or using public transportation to get to Tulum, only 23 km north of the zone, and finally, a taxi for the final leg. However, taking into account the latter’s overpriced cabs and the complicated logistics, you might want to wait until the new scenic Maya Train launches from Cancun in December 2023.

The train will call at numerous points of interest across the peninsula, including Tulum and nearby tourist attractions.

How We Ranked Our Top Three

As for the full Datatur list, it includes Tulum in the number three position in the whole of Mexico, while the third most popular day trip from Cancun on this ranking, Muyil, appears at a much lower number sixteen.

All other destinations between numbers four and fifteen did not qualify for our top three. We also did not add the third best placed on Datatur, San Gervasio, to the count as it is an insular attraction – more specifically, it’s on the island of Cozumel, a destination in its own right, served by its own airport, unlike Tulum – at least for now.

While we can picture vacationers leaving their pompous retreat in Cancun to explore Muyil, the fourth highest-charting Mayan city, we find it much harder to picture them going to the trouble of driving south to Playa del Carmen then taking a ferry over to Cozumel merely to visit a historical site. Naturally, the next-best, Muyil, climbed one slot.

According to Datatur, 4,226,123 visits to any such zones were recorded between January and May 2022. Out of those, Chichén Itza, Teotihuacán, and Tulum were responsible for more than half of the figures. 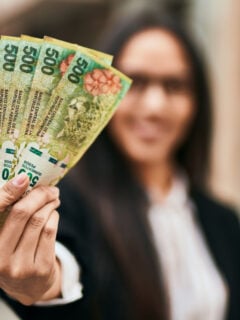 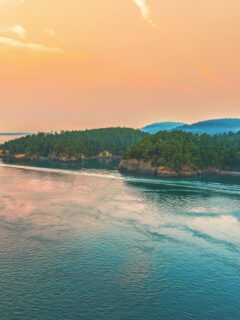 Next
Top 7 Off The Beaten Path Towns To Visit In The Pacific Northwest This Winter
Click here to cancel reply.

Chicken Itza and Tulum have both been absolutely ruined by hordes of tourists and excessive redevelopment. Avoid both;they're nothing more than tourist traps.