From their ancient citadels to perfectly symmetrical, pyramid-shaped temples dedicated to long-forgotten deities, the Mayas are an endless source of fascination for Historians and tourists alike, but where exactly can the best preserved and most impressive examples of these enigmatic man-made wonders be found? In this article, we bring you the top 5 countries to visit Mayan Ruins in 2023, as well as some of their main points of interest:

Who Were The Mayas?

Before anything else, who exactly were the Mayas, and why is their bygone empire so important to us in the present day? As the native inhabitants of the narrow strip of land that connects both North and South America, they built several cities that stood among the most developed in the world at the time, and where a burgeoning trade flourished.

The first major urban centers date back as far as 750 BC, and only three centuries later, colossal buildings and a complex social structure were already prominent features of this civilization. They are particularly noted for their art and writing system, including intricate hieroglyphics, mathematics, and advanced knowledge of astronomy.

The Mayas also wandered freely across Central America, as far north as the Yucatan Peninsula of Mexico, as naturally, countries as we know them, did not exist back then. Internal disputes aside, they kept hold of the land for well over 3,000 years until, of course, the Spaniards came, bringing with them the end of Mayan hegemony.

Having experienced a decline since the 1000s, the Mayas truly collapsed upon coming into contact with the belligerent European forces. Nowadays, all that’s left are ruins of formerly glorious, loosely-connected city-states, awkwardly sundered by 21st-century borders that were not in place all those millennia ago.

But on which side of these redrawn borders did the best Mayan ruins end up in the end?

El Salvador may have made headlines as the first sovereign state to adopt Bitcoin as a legal tender, and as a hotbed for cartels and irregular migration, but what many do not know about this under-visited Central American gem is that it boasts a cultural wealth hard to be rivalled, especially when it comes to Ancient History.

Modern-day El Salvador represented the southernmost frontier of the Mayan territory, and while it’s true many of the Mayan ruins in El Salvador lack the glow and polish of neighboring countries, perhaps as a result of sub-optimal restoration efforts, they are grandiose nonetheless. There are at least five tourist-friendly ruins to be seen:

The prettiest and best-preserved, El Tazumal, is tucked away in western El Salvador, close to the charming colonial town of Chalchuapa. It is a huge architectural complex dotted with Late Classic pyramids, temples and burial grounds. Without a shadow of a doubt, touring El Tazumel is a bucket list activity on any trip to El Salvador.

Honduras has the largest expanse of hidden Mayan treasures out of any Central American country. So far, only 26 ancient cities have been excavated, and recent estimates point towards a further 4,000 that remain entombed. Out of the 26 known to Historians, there seems to be a widespread consensus that Copan is a crown jewel of sorts.

Nestled in a scenic valley a stone’s throw away from Guatemala, Copan is known for its Mayan carvings and elaborate processional ways, feeding into a central acropolis that houses the traditional step-pyramids, recreational plazas used for social events, and luxurious palaces once exclusive to the Mayan elites.

Even though the city was abandoned as early as the 9th century, there are numerous well-kept monuments standing intact, such as:

The entry fee is $15 per person, and access is granted to both the ruins and the adjacent sepulturas.

Belize ranks among the top destinations for Mayan ruin sightings, mainly due to the compact size of the country, which makes reaching a greater number of historical sites in a shorter period of time possible, and their impeccable state of conservation. There are 12 main archaeological zones in Belize, but our favorite has to be the mystical Caracol.

Comprising an area of more than 70 square miles (larger than Belize’s own capital), it accommodated up to 140,000 people at its prime and was an important trading hub up to the 10th century AD. Walking the stone-laden paths, visitors can access ball courts, richly-decorated altars to the Gods, and even an astronomic observatory.

Other Mayan ruins not to be missed in Belize include:

Perhaps the country most famously associated with Mayan heritage, Mexico – more specifically, the Yucatan Peninsula – is packed with centuries-old landmarks, owing its historic pyramids to the Mayan trade route, which traversed the southeastern coast leaving a long-lasting impression. We could write a whole article exclusively based on its historic wonders, but we promise to keep it short.

Mexico’s Mayan ruins are by far the most visited and most accessible out of the others. In a way, Yucatan serves as a gateway to the wider Mayan World, hosting at least 38 direct flights from the U.S., and having an enviable collection of ancient cities under its belt, with Chichen Itza, Tulum, and Coba, to name a few, it easily overshadows other entries on this list.

Yes, there may be some crowding and the occasional littering, but they are still a force to be reckoned with, and in 2023, exploring the ruins will be even easier once the new Mayan Train is launched. It will strengthen connectivity between international resort destinations like Cancun and Playa del Carmen and other beautiful, lesser-known historic citadels inland.

Our top picks are:

A little-known fact about Mayan History: the ancient people’s heartland is not found along the Caribbean Coast of Mexico, much less the dense tropical forests of Belize. In actuality, the empire was centered in what’s roughly contemporary Guatemala, where the oldest and wealthiest cities were. It’s from here the Mayans governed their vast domains.

Needless to say, there are more stunning ruins than we could possibly count, but the mighty Tikal might be a good place to start. A UNESCO World Heritage Site recognized for its inestimable historical value, it stood among the strongest kingdoms of the Mayas, first being settled in the 7th century BC and reaching its apex between 200 and 900 AD.

Historians often call it the ‘best understood’ of all the large lowland Mayan cities, with detailed lists of dynastic rules helping the work of archaeologists. Iximche, Quiriga, Zaculeu, and Nakbe are a few other Guatemalan-Mayan open-air museums worth visiting. Nakbe is, in fact, the first Mayan city to have ever been built.

Not sure about what the rules are for visiting an ancient site? Make sure you read this article so you can prepare in advance. 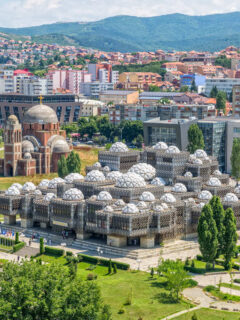 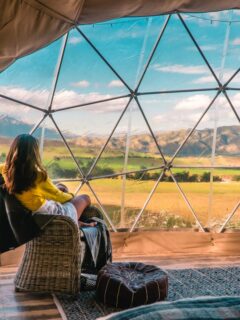 Next
Would You Stay At This Luxury Tent Resort For $4000 Per Night?
Click here to cancel reply.