When it comes to travel in Latin America, several countries like Mexico or Costa Rica are extremely popular and draw in millions of tourists per year, but what about underrated destinations?

Costa Rica has been named the leading destination in Central America because of its incredible nature, beaches, adventure activities, and diverse wildlife.

And in South America, Argentina leads the way for tourism with its vibrant capital Buenos Aires, the wine region of Mendoza, and the breathtaking natural beauty of Patagonia.

But plenty of destinations in Latin America fly under the radar.

These are some of the most underrated countries in Latin America to visit this year:

Guatemala is one of the best destinations in Latin America for every type of traveler.

If you’ve already been to Mexico and enjoyed the cities, culture, and history, you will also like Guatemala.

Colorful colonial Antigua is one of the highlights of the country, along with Lake Atitlan, where the influence of traditional Mayan culture is still very strong. And in the northern part of the country, Tikal offers some of the most incredible Mayan ruins in Central America.

What it lacks in great beaches, Guatemala makes up for with other natural beauty, like its volcanoes, lakes, and waterfalls.

Nicaragua is one of the most underrated countries in Central America. Fans of Costa Rica are sure to enjoy this country, which many people describe as how Costa Rica used to be a couple of decades ago.

It’s one of the least visited countries in the region, with just 474,000 annual tourists compared to 3.3 million in Costa Rica.

San Juan del Sur is one of the most popular beach towns on the Pacific Coast, while the Corn Islands on the Caribbean side are a slice of undeveloped paradise.

The island of Ometepe is another popular destination in Nicaragua known for waterfalls, volcanoes, and wildlife.

Additionally, Granada and Leon are two vibrant colonial towns in Nicaragua that are worth visiting.

One of the least visited countries in South America is Bolivia, with just 323,000 tourists per year.

Although this landlocked South American country is often overshadowed by its more popular neighbors like Brazil and Peru, Bolivia has a lot to offer.

The otherworldly Uyuni Salt Flat is one of the most popular sights in Bolivia, while thrill-seekers can bike the famous Death Road. The capital La Paz and the colonial city of Sucre are two other places to visit while traveling throughout the country.

Bolivia is also one of the cheapest countries in South America, making it a great option for budget travelers.

Honduras is a country in Central America that many people skip, but this off-the-beaten-path destination is worth visiting.

First, Honduras has some of the best beaches and scuba diving in the Caribbean. The Bay Islands of Roatan and Utila are known for their beautiful beaches and great diving (and Utila is one of the best places to dive on a budget.)

Many people only visit the Bay Islands, but there’s more to the country than just beaches. Copan, a quaint town near the border with Guatemala, has impressive Mayan ruins and gorgeous natural surroundings.

But Colombia is one of the best destinations in Latin America, with diverse cities like Bogota, Medellin, and Cartagena, as well as beautiful beaches and stunning national parks.

It’s also a popular hotspot for digital nomads who are attracted to the country’s great cities and affordable cost of living. 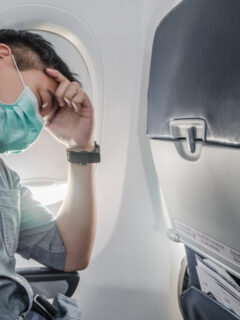 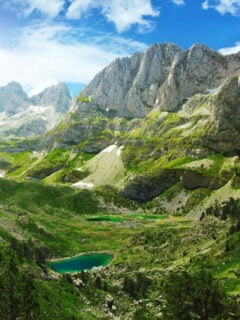 Next
Why This Underrated European Country Should Be On Your Bucket List This Year
Click here to cancel reply.