A mesmerising multicultural and historical destination, Germany’s capital plays a pivotal role in modern history, and has weathered numerous transformations. A thriving hub of 1920s arthouse decadence, the city suffered under the Nazi stronghold of WWII, and endured partition during the Berlin Wall years before reunification in 1989. Here we present seven excellent experiences for your trip to this dynamic and ever changing metropolis.

At 85 feet high and 215 long, the imposing Brandenburg Gate towers above the entrance to Pariser Platz in Berlin’s mitte (city centre). Completed for the Prussian King Frederick William II in 1791, its neoclassical design pays homage to the Acropolis in Athens. Twelve Doric columns bear a statue of the Goddess of Victory astride her chariot. With 1961’s ominous arrival of the Berlin Wall, the gate found itself in a no-go zone, and was subsequently walled off and inaccessible for 28 years. When the wall’s demolishment began in November 1989, thousands of Berliners gathered to celebrate the re-emergence of the Brandenburg Gate. This historic landmark today stands as a cherished symbol of the city’s reunification.

The longest remaining stretch of the Berlin Wall today functions as an outdoor art gallery. The East Side Gallery showcases iconic artworks created by over 100 international artists from 1989 onwards. Explore the political and artistic murals that adorn the mile long stretch of wall, spanning the city’s Kreuzberg and Friedrichschein districts.

If you’re partial to panoramic city views from up high, head to Berlin’s TV Tower, or Fernsehturm. Built in 1969 the 1200 feet high Fernsehturm is the city’s tallest structure, and dominates the urban skyline. Take the high speed elevator to the observation deck at 666 feet for splendid vistas. You’ll spot the Reichstag (parliament building) Berlin’s famous Olympic stadium and the former Tempelhof military airport, now a public park. If you fancy a meal above the clouds, book a table at the tower’s Sphere Restaurant, which gently revolves as you dine, to give you 360 degree views.

On a sunny day, head to this unique outdoor pool for a cooling dip. Cleverly converted from a barge, this 30 m long floating pool lies submerged in the River Spree, and commands lovely city centre views. A wooden walkway links the pool to a fine sandy beach on the riverbank. Enjoy a cocktail or several at the adjacent beach bar, and bag one of the hammocks to chill out in.

Between 1961 and 1990, Checkpoint Charlie was the key entry/exit point between East and West Berlin. The scene of numerous escape attempts from the East to the West, it also witnessed a tense stand-off between US and Soviet tanks at the height of the Cold War in 1961, with both sides armed and preparing to fire. Today tourists (armed with obligatory selfie sticks) flock to what remains of the Checkpoint. The adjoining museum showcases the stories of hundreds of East German refugees, and highlights some of the ingenious and daring escape methods they devised in their attempts to flee to the West.

An expansive outdoor installation, the memorial (Gedenkstätte Berliner Mauer) is a moving and informative display which documents the brutal impact the wall inflicted on the lives of Berlin citizens. This free to visit site includes eyewitness accounts and a Chapel of Reconciliation. Climb the former observation tower where you can see a remaining intact section of the border, including both inner and outer walls and the ‘death strip’, the tract of land where trespassers were shot on sight. The memorial serves as a tribute to the 130 people who died at the wall, most of whom were trying to flee from East to West.

On a small island in the Spree River lies one of the capital’s major visitor destinations. A UNESCO heritage site, Museum Island (Museumsinsel) houses a complex of five world class museums dating back to 1830. Here you can browse international artworks and architecture spanning 6,000 years. Gawp at the Pergamon Museum’s spectacular 2,600 year old Ishtar Gate from Babylon. Discover ancient Egyptian artefacts at the Neues Museum, including the revered limestone Nefertiti Bust. Created in 1341 B.C. it was only unearthed in 1912. Visit Museumsinsel on a weekday morning to avoid the crowds. Once you’ve had your culture fix, enjoy the fresh air in adjacent Lustgarten Park.

10 Scenic Spots To Explore In Germany 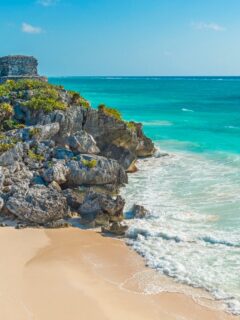 Previous
Top 7 Daytrips From Tulum You Don't Want To Miss 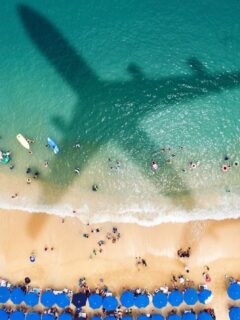 Next
Cancun Vs Puerto Vallarta: How To Choose Your Winter Getaway
Click here to cancel reply.