There’s no doubt about it: Croatia is one of the most beautiful countries in Europe.

And with it currently open to tourists from around the world, it should be near the top of any traveler’s list for 2021.

But where exactly should you go? Here are 9 must-see spots throughout the country.

The Upper is considered the historical half, with many of the buildings nearly a thousand years old, like the 11th-century Zagreb Cathedral. The Lower is the newer half, but well, it ain’t exactly “new”. Most of the architecture here is in the Austro-Hungarian style that dates back to the 18th century.

Both halves offer lots to see, from historical landmarks and museums to local markets and cozy cafes.

It’s often Croatia’s cities and coasts – and especially its coastal cities – that get the most attention.

But the country still has some natural wonders to explore inland and away from the cities. And at the top of that list sits Plitvice Lakes, Croatia’s largest and oldest national park. The park encompasses some 73,350 acres, with an abundance of flora and fauna, but the highlight is definitely the lakes themselves – and the many waterfalls that feed them.

Unfortunately, you can’t actually swim in them, but there are a variety of paths and walkways from which to take it all in.

If you can only visit one city in Croatia, Dubrovnik may be the one.

History and stunning architecture? Check. Beautiful views of the Adriatic Sea? Yep, it’s got that too, with sunshine and sea breezes to match. In fact, Lord Byron once described the city as the “pearl of the Adriatic”.

Plus, it’s home to one of the country’s largest airports, so it’s easy to get to.

For our next destination, we leave the mainland for Croatia’s largest island, Brač (pronounced bratch).

There’s a particularly famous beach here, Zlatni Rat, known for the section that juts out into the ocean. Its shape changes ever so slightly with the waves and the wind, making it a popular destination for folks looking for their next Instagram shot.

But Brač also has some other, less crowded beaches to explore while you’re here.

Croatia has its share of historic landmarks, but perhaps none as significant as Diocletian’s Palace. Built roughly 1,700 years ago by the Roman emperor, you guessed it, Diocletian, it’s one of the most well-preserved Roman architectural sites in the world.

Of course, that’s not all there is to do in this sprawling city, Croatia’s second-largest. Feast your eyes on some of the other impressive sites – or your stomach at one of the local restaurants.

If you felt Pletvice’s no swimming policy made it a bit of a tease, don’t worry, because you can swim at our next destination, Krka National Park.

And it’s not like it’s some second-rate attraction either. The river and its waterfalls are stunning, and their cool waters feel incredible on a hot Croatian summer day. And the park’s only about 2 hours from Split!

If you prefer your islands with a little more glitz – or nightlife – than Hvar is worth checking out.

Whether it’s a party boy prince, Tom Cruise, or Jay-z and Beyonce, Hvar is no stranger to celebrity sightings, who have flocked to the island for years due to its combination of beautiful natural scenery and glamorous amenities.

But hey, it’s not like you have to arrive on a yacht to enjoy it.

Have the crowds in Dubrovnik got you down? Then try “Little Dubrovnik”, also known as Korčula Town, instead.

It has many similar features, including the same style of medieval architecture set against striking blue Mediterranean waters. But unlike its big brother, the town is actually located on its own island.

This makes it a little harder to get to, sure, but you’ll also have the place to yourself. Well, at least compared to some of the other islands on the list.

Remember when we said Diocletian’s Palace is “perhaps” the most significant historical site in Croatia? Pula Arena is the biggest reason that’s in doubt.

It’s one of the best preserved Roman amphitheaters in the world – and the only one with four remaining side towers. These days, rather than gladiatorial events, its home to all sorts of productions and cultural events, including the annual Pula Film Festival.

Plus, the city is located on the peninsula of Istria, considered the country’s top foodie destinations. 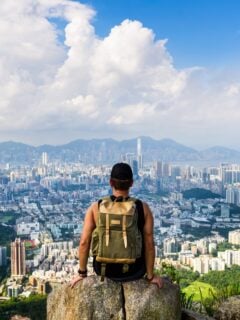 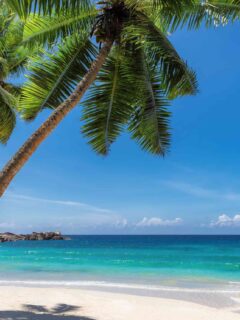