Staff and tourists at a luxury hotel near the Mexican resort city of Cancun ran for cover when a shooting broke out earlier today.

A group of armed individuals arrived on the beach just outside of the Hyatt Ziva Riviera Cancun hotel and opened fire. Two of the people were killed on the scene, according to latest reports. State officials are reporting it to be a confrontation between drug dealers.

No Tourists Seriously Hurt In Incident

Security Secretariat of Mexico’s Quintana Roo state took to Twitter to quickly share updates on today’s events. “No tourists were seriously hurt or kidnapped,” they stated.

“There were no serious injuries” the Quintana Roo state prosecutor’s office said in a tweet following the events in the Riviera Maya.

Hyatt Ziva Riviera Cancun is located in the Mexican beach town of Puerto Morelos in the state of Quintana Roo, less than an hour drive south of downtown Cancun. The Riviera Maya and Yucatan coast is one of Mexico’s biggest tourist draws, with millions of international tourists visiting every year.

The gunmen were seen holding “long guns” and reportedly stormed the beach by the hotel with tourists and staff present.

According to local news, one individual was grabbed at gunpoint as tourists scrambled in a panic. Other than the two victims, at least one person has been injured after being hit by the back of a gun.

Some of the hotel guests also took to Twitter to discuss today’s shooting. One of the guests, retired Hollywood executive Mike Sington, tweeted that “All guests and employees were told to duck and we’re being taken to hiding places.”

There were other reports shared online of some hotel guests playing volleyball on the beach at the time of the confrontation and had to run from the beach and swimming pools for safety.

Due to its popularity with international visitors and for a myriad of other reasons, this region of Mexico is subject to violence. And as a result, territory disputes often ensue among local gangs. With more money and more demand, tensions tend to escalate.

The nearby tourist region of Tulum made headlines just last week when two foreign tourists were shot and killed in the crossfire at a restaurant in downtown Tulum. Following the events, the Mexican President called in the National Guard to the region of Riviera Maya.

At least four separate cartels are said to be operating in the Cancun area, competing for routes to export drugs further south or to local markets amidst the demand from tourists and locals.

Winter Getaway Ideas For Couples On The East Coast 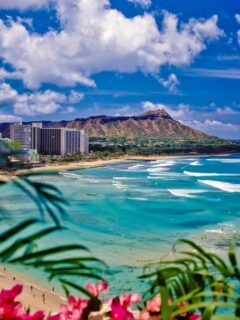 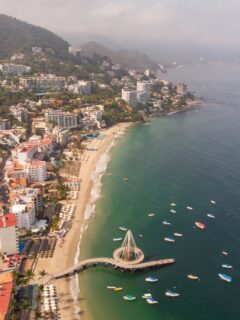 it's crazy things like this happen so often and 1) Mexico can't seem to control it and 2) tourists seem to not care or be oblivious. at least go in knowing the risks

I was there in FEB 2017 and there was a grenade attack to bust out a female cartel leader from a prison and NO western news media covered it. i only knew by searching the news out of curiosity, otherwise, you would have never known

Ok. And what tourists are spending their time hanging around prisons in Cancun?

Cartels rely on tourism money as much as the hospitality industry does in Quintana Roo. There are definitely areas in Mexico where kidnappings and tourists are subject to more danger, like Sinaloa and Tamaulipas. Quintana Roo is arguably safer than most American cities.

Let’s.not confuse experiences with actual statistics. Sinaloa historically, along with Chihuahua and Guanajuato has had high violent crime rates against foreigners. Far higher than the state of Quintana Roo. While I appreciate your perspective, the per capita numbers state otherwise. The Sinaloa Cartel specifically are notorious for attacks against foreigners. But other than that, I agree with most of what you stated.

I’m glad you feel safe there. But I’m not sure it’s prudent to rely on anecdotal experiences vs. actual crime. The state of Sinaloa, through 2006 - 2016, Sinaloa had a far higher homicide rate per capita than Quintana Roo. Guanajuato, Chihuahua and Sinaloa have historically had high violent crime rates.

@Dee, Lets not confuse cartel violence between cartel members and common criminal activities, especially those geared towards tourists. From my experience in Mexico, the safest places are the ones controlled by the cartels, specifically the areas where the cartels have a monopoly over the territory and don't need to battle rival cartels. The least safe places are the areas where there is a cartel war, but close behind that are tourist areas like Cancun. You only need to get out of the airport of Cancun to see how many scammers are trying to rob you (stay away from taxis). And if you got away without being scammed, then you need to worry about the police trying to extort money from you for such reasons like not carrying a passport with you. This explains why places like Sinaloa and Costalegre in Jalisco are very safe, because on one hand you have the cartels protecting their businesses by punishing any potential robber, especially if the victim is a tourist, and in addition to that, police is either non existent or work for the cartels.

I live in Sinaloa and feel much safer here than most other areas of Mexico, but especially safer than the USA