This time last year, it was hard to visualize traveling in the near future at all. With thousands of flights cancelled, interrupted or even grounded, travel plans remained firmly in the planning stage as millions of Americans were told to stay at home.

However, fast forward to the present and the situation has changed dramatically. Not only are Americans traveling in their millions, but several US airlines have just announced new routes for the remainder of the year. Here’s everything you need to know about the new flight routes coming your way.

Whilst the aviation industry has been struggling as a result of the pandemic, that hasn’t stopped airlines from expanding their operations. Southwest, the low-cost airline operation out of Dallas, Texas, has been busy throughout the past new months, adding a string of new destinations to its roster in anticipation of the travel situation improving.

Taking their total new additions past a dozen, Southwest this week added Syracuse, New York to the list of cities it is now serving – the 121st airport in total that the airline flies to. Southwest’s Executive Vice President Andrew Watterson hailed the news, describing it as a way to bring the offerings of upstate New York to its customers as well as giving New Yorkers easier access to the airline’s network. Flights will start on November 14th, beginning with three daily flights each way between Syracuse and Baltimore-Washington International Airport (BWI).

The airline also added new international routes, with flights to Cancun from both Kansas City and Chicago O’Hare International Airport. As well as new flights, Southwest plans to has resumed flights to existing destinations – such as Montego Bay, Jamaica and Belize City, Belize – by November 7th, giving customers a range of options for their vacation.

Adding to their Fort Lauderdale hub, Spirit Airlines have planned a major expansion into Miami International Airport later in the year. The budget airline is set to offer flights from 30 US cities to Miami, as well international services from Colombia, Haiti and the Dominican Republic. The airline had previously added flights to Mexico in April.

“We are turning the corner in July, and we’ll be bigger than we ever have been in our history. Florida is our home. … We know this market better than anyone. It allows us to offer service to this area that we weren’t touching before.”

Spirit has planned flights from Miami to the following destinations:

American Airlines is also getting in on the act, adding 14 new flights to and from Austin, Texas, this fall. The new routes consist of 10 domestic and four international options, each of which will depart from Austin-Bergstrom International Airport (AUS).

Domestically, American is set to offer:

As Americans are finally being allowed back into the EU this summer, airlines like American, United and Delta have all added back or created new routes to accommodate eager tourists.

Spain reopened on June 7, 2021, with all three airlines swiftly adding non-stop flights to Barcelona and Madrid. Greece reopened back in April, but as of June, many direct flights are now available from the U.S. Even Italy is welcoming back American and Canadian tourists with no quarantine, providing they arriving on a special direct covid-tested flight.

As the world continues to open up, even more routes are expected to be added back by all U.S. based airlines, especially once Asia becomes more accessible for non-essential tourism. 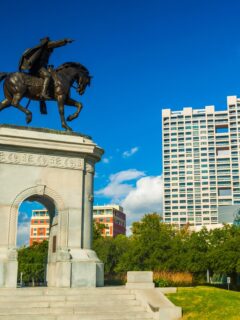 Previous
What To Do in Houston: Ideas For Your Visit 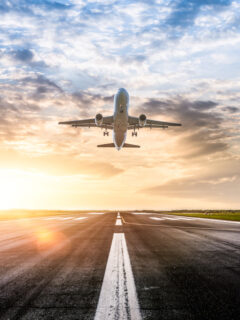